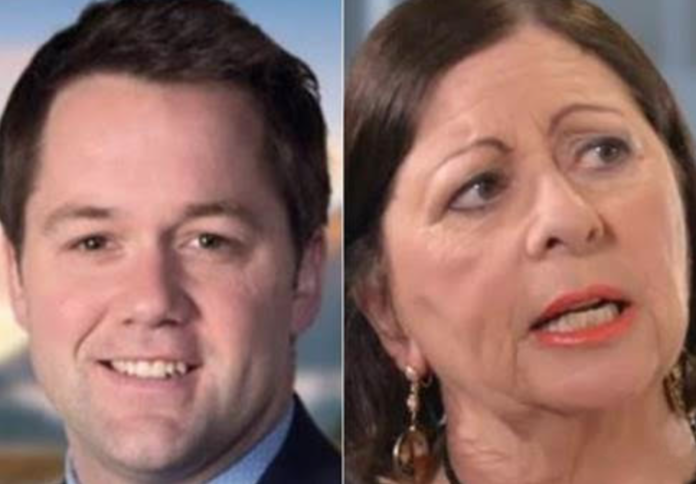 THIS LATEST SCANDAL will be the making of Todd Muller. The news media, up to its armpits in Hamish Walker’s and Michelle Boag’s leaking of confidential medical information, will do everything possible to deflect its impact. Radio NZ, Stuff and NZME, the outlets that received the leaked information all have a powerful interest in moving the story on.

Fortunately for them, this will not be difficult. The villains of the piece have conveniently identified themselves. Muller has ended Walker’s political career, and the Auckland Rescue Helicopter Trust is in the process of dealing with/to Boag. As a news story, the scandal has lost its “legs”.

Over the next few days we should expect to see the mainstream media pivot away from National’s bad behaviour and begin praising Muller for his decisive cauterisation of the Walker-Boag wound. The right-wing commentariat will already be bashing-out commentary pieces for the weekend papers celebrating the “fact” that, at last, National has put the era of “dirty politics” behind it.

Todd Muller will be hailed for seizing the moment and driving the National Party in a new direction. The Right will be encouraged to rally around its new, ethical, leader. Walker’s and Boag’s indiscretions will be presented as having given National’s leader his moment to shine.

As I noted in my last posting, a malign symbiosis exists between the mainstream news media and the parliamentary opposition. The passing-on of information – from MPs to journalists – constitutes a crucial stage in the production of major news stories. Journalists mask the highly tendentious nature of this exchange by invoking their core professional obligation to “protect one’s sources”.

No matter that this obligation originated from the need to protect the relatively powerless providers of information from the excessively powerful institutional players committed to its suppression. Under the current interpretation of source protection, even a National Party MP, determined to disprove the charges of racism levelled against him by breaching patient confidentially, is deemed to possess the same expectation of anonymity as a genuine whistle-blower. From an ethical perspective, however, such an expectation is outrageous. To facilitate an already powerful politician’s absurd quest for personal vindication, by concealing his betrayal of powerless Covid-19 sufferers beneath the cloak of anonymity, is morally and professionally indefensible.

Just consider the likely sequence of events in this latest case. A journalist is contacted by an Opposition MP claiming to be able to prove that his racially-charged allegations are backed by official information. Before viewing this information, however, the MP extracts from the journalist a promise that both his identity and the nature of the proof will be kept under wraps. Rather than demanding to know what he’s insisting she keep hidden from the public, the journalist gives the MP her promise – and he hands over the confidential medical records of citizens who have tested positive for Covid-19.

At this point the journalist finds herself horribly compromised. She has in her hands clear proof that not only is a National MP guilty of an appalling breach of the public’s trust, but also that someone within the Ministry of Health is passing highly sensitive information to a person or persons closely associated with the National Party. The clear public interest in her revealing these facts is obvious, but she can’t – not without “revealing her source”.

Inevitably, somebody further up the chain of command called “bullshit” on this insanely conflicted situation. The leak of information identifying Covid-19-positive patients was made public – but not the identity of the leaker. Entirely predictably, the release of this information immediately sparked yet another round of harsh National Party criticism. Once again, the Leader of the Opposition, Todd Muller, and his Health spokesperson, Michael Woodhouse, castigated the Government’s “shambolic” handling of the Covid-19 crisis.

Just think about this for a moment. The mainstream news media was willing to print and broadcast these criticisms of the Government, even though they knew that the source of the leaked information was a National Party MP. Even though, by pushing the story up towards the top of every news bulletin they were stealing oxygen from the Prime Minister’s keynote address to the Labour Party Congress. It’s a very strange kind of journalism that keeps more information hidden from the public than it reveals!

It would be nice to think that Hamish Walker and Michelle Boag “came clean” because of a belated attack of common decency. More likely, however, their confessions were driven by fear of the official inquiry into the leak ordered by Minister of Health, Chris Hipkins. The powers given to Michael Heron QC, the man charged with undertaking the investigation, were certainly comprehensive enough to inspire such fear. He had the ability to subpoena witnesses and extract testimony under oath. Scary stuff.

Will Mr Heron, knowing the identity of the leakers, be content to deliver a pro forma report to Minister Hipkins? The mainstream media will be hoping so. They have nothing at all to gain from someone asking too many searching questions about the way this story was handled. The poor, misinformed public, however, has every reason to hope that Mr Heron goes hard and goes early to lock down all the elements of this scandal.

Was there, for example, some sort of quid pro quo arrangement by which the National Party was encouraged to offer up Walker and Boag in return for the mainstream media pivoting swiftly towards Muller’s “decisive handling” of the crisis? Certainly, that would take the spotlight off the implications of the Auckland Rescue Helicopter Trust’s insistence that Boag could not possibly have obtained the Covid-19-positive patient’s details from them. If National, as seems increasingly likely, has a “Deep Throat” located in the heart of the Ministry of Health, or, even worse, in the Prime Minister’s Office, it will not want such a useful informant dislodged – and neither will the media!

I am not optimistic, however, that these sorts of questions will be asked or answered. With the General Election less than three months away, it is most unlikely that anything like the entirety of this scandal’s moving parts will be examined too closely – by anyone. The voters need to be able to believe that New Zealand’s major political parties conduct themselves ethically and responsibly at all times. Bad behaviour must always be presented as the product of “bad apples”. That National’s whole apple tree might be blighted and diseased is not a conclusion which this country’s political establishment will ever allow to pass unchallenged.