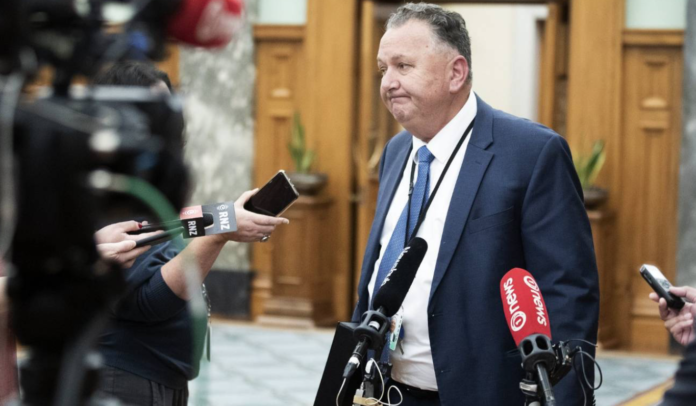 As we slouch towards the election I note that NZ First are trying to distance themselves from Labour with Winston Peters reminding us that Labour governs at his party’s pleasure.

(The Coalition also depends on the support of the Greens but I have not heard him mention that in any recent sound bite.)

In a close fought election small parties can hold the major parties ( and the country ) to ransom.

For example, you may not want a National led government or indeed a Labour led one, but depending on the ambitions of some small party politician you may very well end up living under a government whose economic policies, for example, are abhorrent to you.

But let’s be clear the ransom note is always on the table before election day.

Typcally a small party like NZ First will say to the electorate , words to the effect – Vote for us and then Trust us to get the best deal on our policies during the post- election negotiations we can muster.

If we declare our alliance preferences before the election result is announced, then we will lose our bargaining power and you wouldn’t want that now – would you?

The problem I always have with that slippery argument is it means – on polling day- I am voting blind and I could easily get a government I really don’t want on the whim of a minor party leader.

Every election I argue that small parties should tell us which policies of the major parties they find so repugnant they could never form a government with them.

When they refuse. I say well if you don’t stand for SOMETHING then why should I fall for ANYTHING you say?

If a party leader has no principle upon which he/she i prepared to stand or fall , then what that tells me is that power is more important to them than policy.

Right now I’m waiting for the major parties to state their policies before I take the above line of thinking further because it seems to me there is much more at stake in who we vote for this time around.

This time politics is not the game it has often seemed in previous years when , for example John Key and John Banks did a political deal over a very public cup of tea.

No. This time New Zealanders understand the coming vote is about the future of our country for at least the rest of the decade – one which will see a major economic recession , if not a depression, mid way though it.