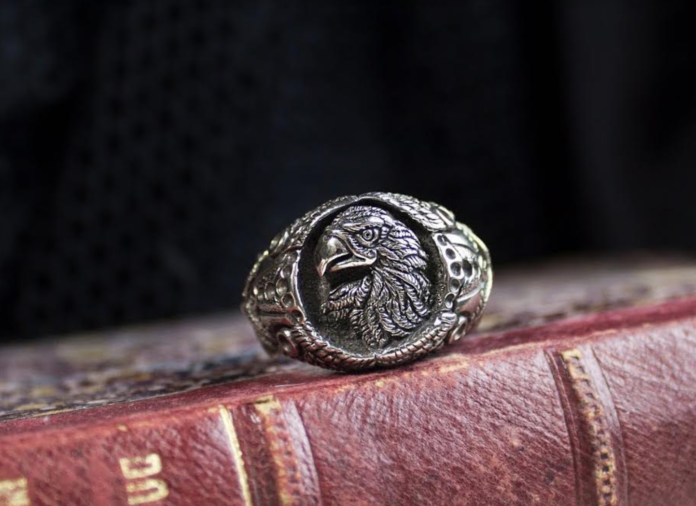 An eagle is a deeply revered feathered animal. It became the personification of all-seeing gods and brave warriors. It is a messenger of the sun. An eagle is associated with domination, victory, power, courage, inspiration, spiritual development, and ascent. This bird has always been considered the sovereign of the air. The symbolic meaning of eagle jewelry is quite versatile – it stands for power, vigilance, speed, and grace.

The eagle is often mentioned in myths and legends of the ancient Greeks. There is a myth about how the supreme god Zeus used an eagle as his messenger. You probably heard of Prometheus and the eagle that tormented his liver.

The eagle is among just a few creatures that can directly look at the sun without blinking. For this reason, people endowed it with the ability to transfer the souls of the dead. It spurred the tradition to release an eagle at emperor funeral ceremonies.

The Jews believed that if an eagle accidentally burned its wings when flying too close to the sun, it could plunge into the ocean and reappear with a new pair of wings. Therefore, an eagle became one of the symbolic motifs of Christian baptism. It was the emblem of St. John the Theologian – a preacher of the Word of God. In Christian iconography of the Middle Ages, an eagle is associated with the ascension of Christ. It was depicted with a snake in its beak to symbolize the victory over Satan and evil. The mighty bird also represents a prayer and divine revelation.

According to Norwegian myths and legends, an eagle symbolizes wisdom. As for Americans, an eagle depicted on the background of the US flag has long been a patriotic symbol. In China, an eagle has become a symbol of perseverance, courage, and strength. A lone eagle on a rock symbolizes a lone warrior. If a bird sits on a pine it becomes a sign of longevity and deliverance from diseases and sorrow. The Indians of North America revered and loved this noble bird. It had associations not only with the sun but also with all the forces of nature and the internal spirituality of a person. Eagle feathers often adorned the clothes of the Indians and even became talismans against evil spirits.

In Ancient Rome and Persia, an eagle flying above the battlefield was accepted as a sign that predicts victory. The Hittites were the first to use the double-headed eagle as their emblem. After the Crusades, this eagle became a symbol of the Holy Roman Empire, and later – the Austro-Ugric and Russian empires. In North Asia, an eagle is a close friend to shamans; its feathers were often used in rites and rituals.

Meaning of Eagle Jewelry For Men

Men who wear eagle rings, pendants, bracelets or earrings are bold and self-confident by nature. In general, every eagle accessory carries a positive meaning for men.

In Scandinavian countries, jewelry featuring images of this majestic bird represents the mind and wisdom inherited from the ancestors. For this reason, you can often see such jewelry on elderly men. At the same time, in China, it symbolizes great spiritual and physical strength, the courage of samurai, and the wisdom of an ancient ascetic.

Meaning of Eagle Jewelry For Girls

It is believed that an eagle personifies courage and strength and other male traits. That’s why women wear eagle jewelry much rarer than the opposite sex.

However, today, contrary to what was accepted in the society not so long ago, many modern ladies proudly put eagle jewelry on their fingers, wrists, necks or chests. For some girls, these body ornaments become powerful protective amulet while others flaunt them to emphasize their charisma and strength of character.

Eagle jewelry for ladies has been gaining ground in recent years. There is nothing surprising about it since we have been seeing a trend of gender equality. The eagle in this case acts as a symbol of equality and inclusion.

If you intend to buy any jewelry that carries eagle images, you should consider how the bird is depicted. If it displays only the head of an eagle, it becomes a symbol of wisdom and farsightedness. If there are head and wings, such a design becomes a symbolic image of the Phoenix, the bird that rises from the ashes.

The feather of an eagle is a symbol we ‘borrowed’ from the Indians of North America. It represents strength, valor, and fearlessness. If a two-headed eagle caught your eye, you should know that it stands for the unity of the cardinal points of the world, as well as good and evil. Respectively, such jewelry means that a person harbors in himself or herself the opposites, contradictions, and duality. The images of the double-headed eagle are found on the flags and emblems of many states. The image of such a bird on jewelry and accessories symbolizes strength, honor, pride, and dominance. 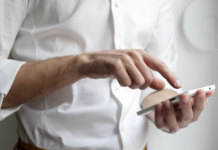 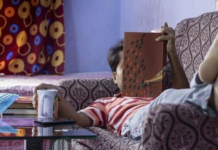 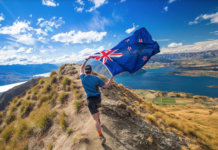