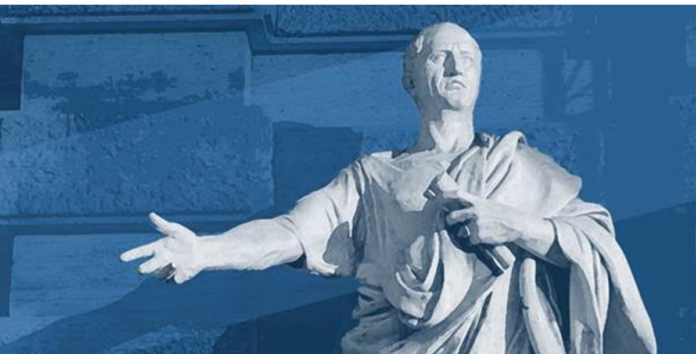 The safety of the people shall be the highest law

SIMON BRIDGES and his supporters (witting and unwitting) aren’t quite chanting “Lock her up!” Not yet anyway. But they’re headed in that general direction. Faced with a prime ministerial performance that the rest of the world, and most of her own compatriots, have judged to be outstanding, the Right, in desperation, is attempting to criminalise Jacinda Ardern’s “Go Early – Go Hard” strategy against the Covid-19 Pandemic. Shown the way by a couple of liberal professors, Bridges and his media allies are demanding to know the legal basis for locking down New Zealand. If the Cabinet’s decision, made in haste under extreme conditions, is deemed to be ultra vires (beyond its powers) the way will be opened to endless and politically vexatious litigation.

What these legal purists and panic-stricken politicians do not appear to understand is that if it is the people who are ultimately the fount of all legal authority, then those same people must also possess the power, in the interest of keeping themselves and their loved ones safe, to elevate that existential imperative above all other legal and juridical considerations. With an election looming, any political party foolish enough to attempt to punish Jacinda Ardern and her team for keeping New Zealanders safe will be punished severely at the ballot box. And, if the people are not the ultimate source of all legal authority, well then, who is? Law professors? Journalists? The National Party!

The declaration of a State of Emergency is, by its very nature, an exceptional occurrence. Among the most extreme of all the powers wielded by executive authority, it is reserved for those moments when the normal appurtenances of state power are no longer deemed sufficient to maintain public safety. That only those constitutionally sanctioned to do so can declare a State of Emergency is less important than whether or not the persons so empowered believe that such a declaration will be effective. The declaration of a State of Emergency which cannot be enforced is, in effect, a declaration of war by the State upon its own citizens. Or, to put it another way: the safety of the people can only be maintained by exceptional legal means if the people themselves feel sufficiently threatened to abandon legal norms.

But who, in these situations, falls within the definition of “the people”? Clearly, not everyone can be included if the threat is located within the borders of the state. A nation under foreign attack; responding to a natural disaster; or facing down a global pandemic; will have no difficulty in accepting emergency regulations. Declaring a State of Emergency in the context of a political and/or economic challenge to the smooth functioning of society, however, is a much riskier proposition. Interfering with the free movement of individuals and/or the free disposition of their property in such circumstances can only be made effective by excluding the challenger/s from the usual definition of “the people”. For emergency measures to succeed, such individuals or groups they must first be transformed into “the enemy within”.

This what happened during the last great extended State of Emergency in New Zealand history: the 1951 Waterfront Dispute. The National Party Prime Minister of the day, Sid Holland and his uncompromising Minister of Labour, William “Big Bill” Sullivan, were able to brand the Waterside Workers Union “wreckers” and curtail their rights because the dispute arose in a context that made the demonization of the watersiders and their allies considerably easier than it would have been at just about any other time.

The Cold War had just turned “hot” in Korea. The militant trade unions had walked out of the Federation of Labour and viciously attacked its leaders: a situation which played into the hands of the FOL’s Machiavellian “boss”, Fintain Patrick Walsh. Between 1946 and 1949, the Labour Party, itself, had quite deliberately isolated, vilified and, in at least one instance, deregistered, militant, communist-led trade unions. This vilification, especially of the Waterside Workers Union, had continued on the pages of the country’s newspapers (most effectively through Gordon Minhinnick’s cartoons in The NZ Herald). Holland and Sullivan could, therefore, rely upon Walsh, the FOL and the daily press to back any attack on the WWU. They could also, crucially, be relatively confident that the Labour Party would remain neutral in the ensuing industrial war.

Because it controlled one of the economy’s crucial choke-points, the wharfies’ union had always been vulnerable to a government determined to destroy its power. Any lengthy period of industrial action could be successfully portrayed as constituting a clear and present danger, not only to the country’s exporters and importers, but to the whole community. This was due to the fact that in the 1950s vast quantities of everyday items were still distributed around the country by ship. Holland was able to argue that shutting down New Zealand’s ports constituted a very real threat to the public safety. As a consequence, his invocation of the draconian Public Safety Conservation Act (1932) was held to be justifiable.

It was enough – just – for the majority of New Zealanders to accept the National Government’s comprehensive restriction of their civil liberties, and the harsh persecution of their fellow citizens, that Holland’s quasi-fascist Emergency Regulations permitted. Had the Korean War not been raging; had the FOL not been split; had Labour been less hostile to the trade union left; and had the public been less vulnerable to a protracted shut-down of New Zealand’s ports; then the National Government probably wouldn’t have risked declaring a State of Emergency. But, with all these factors working in its favour, and with its decisive victory in the Snap Election which Holland called to secure the electorate’s ex post facto endorsement of his treatment of the watersiders, the National Party was given ample proof that, for most Kiwis, the famous maxim of the Roman statesman, Cicero: Salus populi suprema lex; the safety of the people shall be the highest law; was indisputable

In the light of New Zealanders’ conscientious adherence to the “Unite Against Covid-19” rules, Cicero’s maxim continues to meet with their approval. Kiwi acceptance of draconian emergency measures cannot be guaranteed, however, in the absence of two crucial provisos: 1) An overwhelming majority of the people must believe that the threat to their safety is real. 2) They must also be convinced that only the imposition of extreme measures will avert a national catastrophe.

Neither of these provisos applied to the political crisis confronting New Zealand in 1981. Invoking the provisions of the Public Safety Conservation Act was a move the Rob Muldoon-led National Government was unwilling to make in relation to that year’s highly controversial Springbok Tour. It knew that there was insufficient support across the whole country for hard-line emergency measures to be enforced without the use of deadly force. Such was the temper of the country in 1981 that the killing of protesters by police or soldiers would only have made the disorder on the nation’s streets ten times worse.

New Zealand history thus confirms that its people are, indeed, the best judges of their own political security, and will make an exception to the rule of law only when they believe their own and their loved ones’ safety is genuinely imperilled.

The Jacinda Ardern-led Coalition Government is the first since 1951 which, confronted with a clear and present danger to the public’s safety, has felt confident enough of their broad support to promulgate a stringent emergency regime of indefinite duration. The New Zealand people’s subsequent willingness to “Unite Against Covid-19” constitutes a ringing endorsement of Cicero’s militant-democratic slogan.

As their own constitutional guardians, the people are uniquely positioned to recognise those (thankfully rare) moments when the only effective means of keeping themselves safe is by allowing their leaders to operate (temporarily) outside the black letters of the law. And woe betide anyone who tries to stop them!