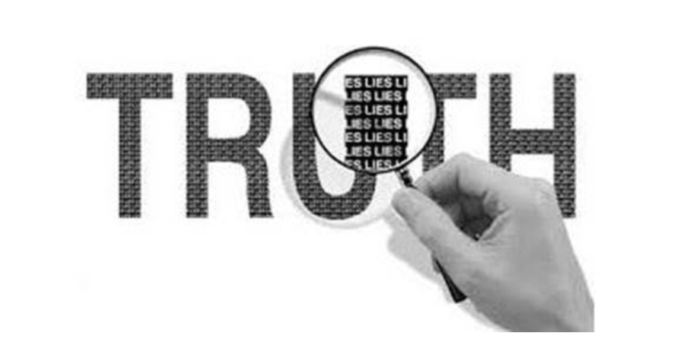 THE COVID-19 LOCKDOWN has exposed weaknesses in New Zealand journalism that have hurt and surprised many New Zealand journalists. The chief weakness exposed has been the news media’s eagerness to both exploit and amplify anti-political feeling within the New Zealand public. In normal times this is generally a low-risk/high-return strategy. In abnormal times, however – and the times we are living through currently are about as abnormal as you can get! – the anti-political strategy simply does not work.

The reason for the strategy’s failure in times of crisis is simple. When people are frightened they do not want to hear that the leaders whose job it is to look after them are useless cretins. On the contrary, they want to be reassured that their leaders are competent and compassionate in equal measure. They want to feel safe in their hands. They want to trust them, respect them, and – Gawd help us! – love them. Shrewd editors and smart journalists get this. Inept editors and obtuse journalists do not.

Overcoming the anti-political journalistic reflex is, however, an extremely difficult thing for “mainstream media” professionals to do. It is, after all, a strategy that kills so many birds with a single stone.

Encouraging the population to view politics and politicians as corrupt, ineffectual, and best left alone, absolves the news media of all responsibility to present political news in a way that reveals its absolute centrality to their readers’, listeners’ and viewers’ well-being.

In its turn, this “politics is bullshit” approach safeguards the management of media outlets from the negative reaction that would certainly follow any attempt to inform the public comprehensively about current affairs. The owners of newspapers, radio stations and television networks have little interest in fostering a politically aware and politically active population – quite the reverse in fact.

Finally, highlighting the personal failings of politicians plays directly to people’s prurient impulses. Everybody enjoys a good scandal, especially when it involves people who normally wield power over them, people who typically justify their authority by posing as ordinary, decent men and women dedicated to promoting the public good. Exposing political scandals reassures the average citizen that their lack of meaningful political engagement is entirely justified. It’s all lies and they’re all liars. Why would any ordinary, decent person want to get involved in such a seedy business?

All of this carefully nurtured cynicism and disdain disappears in an instant, however, when ordinary, decent people are threatened by an enemy capable of inflicting real harm on them and their loved ones. Overnight, the political process ceases to be a seedy, grubby business full of ambitious sociopaths. Politicians and the systems they control stand revealed for what they have always been: the guarantors and instruments of public welfare and safety. Far from despising them and sneering at them dismissively, the citizenry is willing them to succeed.

It’s enough to set your average political journalist’s head spinning. Suddenly, they’re expected to talk-up the virtues of the politicians they’ve been doing their very best to trip-up. Suddenly, instead of going for “gotcha!”, they’re supposed to be encouraging the punters to say “good on ya”.

From the moment they entered journalism school most journalists have been told that it’s their job to “speak truth to power”. “News”, they are told, “is what somebody, somewhere, doesn’t want the public to know.” They soon learn, however, that there are some centres of power it is very unwise to over-burden with the truth.

Their employers, for example, or the shareholders who own their employers’ company, should be considered off-limits. Major advertisers, also, should probably not have too much truth shoved in their faces. Litigious individuals with deep pockets are, similarly, best left unmolested by over-eager investigative reporters. Ditto (with bells on!) for large transnational corporations with phalanxes of sharp-suited lawyers.

Leaving, in the political journalist’s target department, only hapless politicians and humble public servants. Speak “truth” to them, even when unverified and leaked by their political opponents, and everybody from your employer’s shareholders to the largest of large transnational corporations will slap you on the back and give you an award.

The ability of the political journalist to make the transition from critic to cheerleader isn’t assisted by their isolation from the very citizens they purport to speak for. This is not altogether their fault. The Parliamentary Press Gallery takes them as far – maybe even further – from the average citizen as the House of Representatives itself. At least the politicians have their weekly clinics with constituents to keep them grounded. For the ambitious Gallery journalist, however, there is no such respite. Only the endless quest to prove to their colleagues, their bosses, and yes, to the politicians themselves, that they have what it takes to ruin reputations and destroy careers. In the much better remunerated job of Ministerial Press Secretary, to which so many political journalists ascend, the killer instinct is a deal-sealer.

New Zealand’s political journalists’ disconnection from the public of was on display as never before during the Prime Minister’s and her Director-General of Health’s daily Covid-19 press briefings. Broadcast live, New Zealanders were able to hear not only the words of Jacinda Ardern and Dr Ashley Bloomfield, but the questions of the assembled journalists. The public reaction was one of disbelief seasoned with rage. The same journalists who castigated Simon Bridges for his tone-deafness clearly had no notion of how painfully their own behaviour was setting Kiwis’ teeth on edge. Who were these people!

The journalists were genuinely hurt. They railed against the public’s utter ignorance of what was expected of them. Did these ingrates not understand how vital an assertive Fourth Estate was to the health of our democracy?

Well, no, they didn’t. At least they failed to grasp how all that carping and whingeing and “gotcha!” questioning could possibly contribute anything positive to their democracy. As far as they were concerned Jacinda and Ashley were making a simply splendid job of looking after them and their loved ones. They were deserving of the news media’s praise – not its blame.

The Press Gallery didn’t – and still doesn’t – get this. The way a crisis instantly clarifies the nature and purposes of state power. How it sweeps away all the petty distractions which under “normal” conditions are the news media’s bread-and-butter. Nor do they appreciate how very unappreciative the public is of those who think that “good journalism” is about picking things apart rather than pulling them together.

Certainly the Covid-19 Lockdown has inflicted enormous damage on an already faltering news media. Slowly, the realisation is dawning in the minds of media owners and editors that New Zealand journalism – and journalists – will only be saved by entering into an entirely new relationship with the state. That, pretty soon, most of the news media’s shareholders will be the ordinary citizens of New Zealand. They will have the power, and they will expect their journalists to tell them the truth, the whole truth, and nothing but the truth.