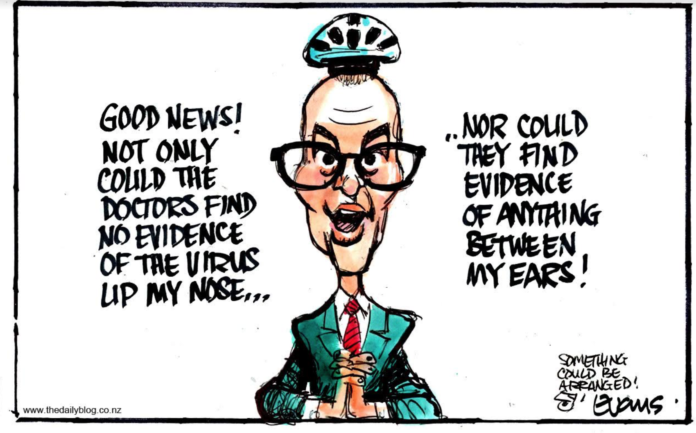 Comparing Bridges commute to Clark’s breaching of quarantine are two separate issues and other than the physical transportation of two men, have nothing actually in common.

Clark is the Minister of Health breaching his own rules.

Bridges, as the only counter weight of political accountability in a Police State, is doing his job.

It is up to Simon Bridges to ascertain how he does that job and if commuting that distance is what is required, then so be it!

Look – few of us LIKE Simon Bridges, I strongly doubt Simon Bridges likes Simon Bridges at times, but as the only check and balance to a Police State Government right now (legitimately because of the pandemic) – HE and HE alone decides how best to pursue that job. If commuting 500kms is the way he decides to do that, folks, there’s your decision. His role is important enough for him to have that prerogative, even in lockdown.

David Clark on the other hand was breaching his own rules. His job was to comply & be seen to comply.

I get we want to be tribal on the Left, especially after one of our own has screwed up so badly, but come on, these are 2 very different things.

We have bigger fish to fry folks.