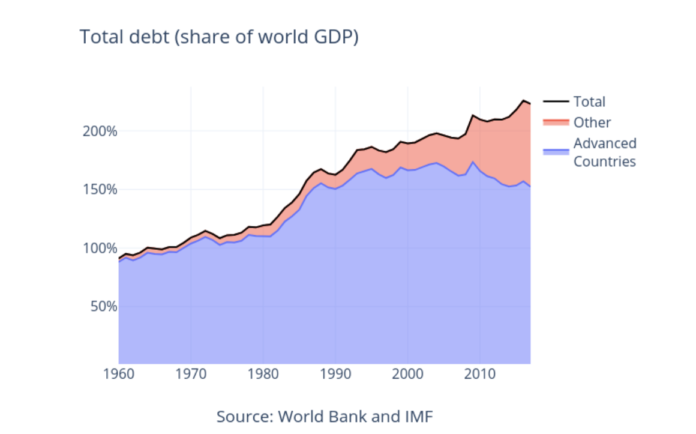 The crisis engulfing the globe seems to be on a trajectory towards levels of economic decline not seen since the Great Depression of the 1930s. At that time unemployment surged to levels of 20 or more percent in the capitalist world, including New Zealand.

That crisis involved a massive share market plunge, financial companies and banks collapsing, with production and trade contracting. Often the crisis was aggravated in different countries by governments accentuating the downturn through cutting spending to “balance the books”.

Capitalism has a business cycle of around every ten years. There also seem to be longer cycles and super crises every half-century or so that also may have an underlying cause. This results in a much deeper recession or depression as was seen in the 1890s, 1930s and 1980s.

Economic data from the end of last year was showing a downturn was already taking place. The current recession is actually well-overdue with the cycle being somewhat prolonged in part because it had been so weak compared to normal recoveries despite the severity of the 2008-9 downturn. Normally upswings match the downturns, but not this time.

Economic analysts Morgan Stanley estimates the US economy will contract 30 percent on an annualised basis between April and June this year, after contracting 2.4 percent January to March. An unemployment rate of over 12 percent is expected in the second quarter also – the highest since records began in 1948. Unemployment benefit claims surged to over 3 million a week last week.

France’s finance minister said the crisis was “comparable only to the great recession of 1929” and noted that French industry was operating at only 25 percent of its normal level. The German economic minister said that the crisis is testing “the functionality of the market economy” and that “whole markets are completely breaking down”. The Financial Times estimates China’s economy has declined by 30%.

So-called emerging markets are already in crisis. New loans have been cancelled. Loans are being called up. Some currencies are down 20% and since most debt is in US dollars this will soon make these countries insolvent and simply unable to pay. Interest rates will increase as a consequence, intensifying the recessionary impact. Argentina had already declared it couldn’t repay its debts in early February. Others will follow.

The rulebook of “responsible” capitalist economic policy is being thrown out the door to save capitalism from its own destructive forces.

Money is being printed by central banks to throw at the problem, including $30 billion in New Zealand. In theory this is actually unlawful for the European Central Bank to do as it is considered a precursor to inflation being unleashed. Central Banks are also guaranteeing loans from commercial banks to the private sector to try and ensure credit keeps flowing.

Government spending more than it gets in income, deficit spending, is now the rule. And the numbers are big, often about 10 percent of GDP equivalent.

What the government is actually doing is buying up as much distressed debt obligations from the private sector as they can to prevent a broader collapse.

So we have socialism for the rich. All the losses of the private sector, all their reckless speculation and debt creation will be put on the government’s books to be absorbed by the state.

This is spelt out by Mario Draghi, the former head of the European Central Bank in the March 26 Financial Times:

It is already clear that the answer must involve a significant increase in public debt. The loss of income incurred by the private sector — and any debt raised to fill the gap — must eventually be absorbed, wholly or in part, on to government balance sheets. Much higher public debt levels will become a permanent feature of our economies and will be accompanied by private debt cancellation.

While different European countries have varying financial and industrial structures, the only effective way to reach immediately into every crack of the economy is to fully mobilise their entire financial systems: bond markets, mostly for large corporates, banking systems and in some countries even the postal system for everybody else. And it has to be done immediately, avoiding bureaucratic delays. Banks in particular extend across the entire economy and can create money instantly by allowing overdrafts or opening credit facilities.

When giving money to the top 1% it must be done “immediately”, “avoiding bureaucratic delays”. With a few notable exceptions, including thankfully in New Zealand for now, workers, self-employed, unemployed, small business people are largely being left to their own devices.

But no government is insisting that the workers and the state get a hand in running these companies in a socially responsible way, protecting workers and the planet, after the crisis passes to ensure we don’t repeat the same old shit a decade from now.

A new Great Depression seems to have been avoided since then by essentially allowing for a doubling of all forms of debt.

The period from the end of World war 2 in 1945 to 1975 was a period of very strong growth in capitalism because the world had been through the deep depression of the 1930s as well as experiencing the suppressed demand for consumer goods outside essentials during the war economy from 1939-1945.

Capitalist ideologues thought they had suppressed the business cycle by adopting policies associated with the theories of British economist John Maynard Keynes. This involved the government deficit spending to counter a recession. US President Richard Nixon famously declared “We are all Keynesians now” in 1971.

However, the costs of maintaining a world empire with wars in Korea and Vietnam meant that deficit spending became endemic and ultimately lead to a breaking of paper currencies being linked to a real value in gold and unleashing inflation of 15 to 20 percent across the capitalist world. A collapse of the US dollar was threatened. The only way to protect the dollar and crush inflation was to drive up the interest rates to whatever level was needed to “restore confidence” in the US dollar. US Federal Reserve chairman Paul Volker was given that job and pushed the official cash rate to 20% to achieve that. All other interest rates soon followed and a deep recession ensued.

Financialisation followed as industrial companies made more money from lending than making things. GE Money was more important than General Electric. Manufacturing fled to cheaper countries like China, which now produces 30% of world manufacturing. It took decades for interest rates to return to more normal levels. This helped account for the very moderate nature of the business cycles during the decades after the 1980s. Business investment and therefore growth is constrained by the higher interest rates in the advanced capitalist world and encouraged investment shifting to China and other places where labour was cheaper.

Cutthroat capitalist competition also produced massive industrial specialisation and just-in-time supply lines. These have been massively disrupted by the pandemic and the necessary health and economic responses which has exposed vulnerabilities for both sectors as a consequence that needs to be addressed if we are ever to recover.

The limits of Keynesianism was exposed in the 1970s and will be exposed again as we grapple with the current crisis.

Policies like quantitative easing were not particularly inflationary after 2008 except for asset price bubbles, because nearly all of the newly printed money was handed directly to the big banks and the rest of the 1% who control the various bond markets. In a financial crisis, the money was hoarded or used to settle debts rather than put into broader circulation. The money that is being created today will be used for the same purposes but is also being paid directly to working people who will use it as a means of circulation. As a general rule, the doubling of the supply of money as a means of circulation – i.e. paper dollars or their electronic equivalent – will double prices. That is a law of economic life the Keynes and his followers tried to ignore.

Price inflation will destabilise currencies, drive up interest rates, and threaten hyper-inflation like was threatened in the US in the 1970s and happened in Germany in the 1930s and Venezuela today.

The crisis that is coming needs a socialist solution for working people. The financial sector and all major monopolies need to be in public hands. We can then democratically and collectively decide what we need to produce and how we produce it in a way that cares for the workers, consumers, and the planet for generations to come.

That system has a name. It is called socialism. And rather than being outdated, it is a name and a system whose time has come.