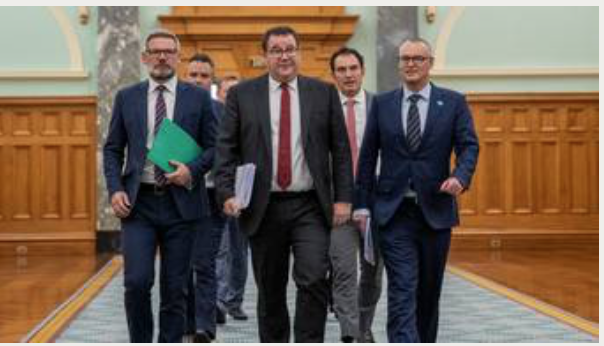 As TDB has been pointing out from the very beginning, tis pandemic won’t just be a public health nightmare it will be an economic apocalypse.

When many of the NZ woke activists online were screaming criticism of the wuhan virus was xenophobic and racist, TDB was demanding a war time footing response.

On top of these responses, we need an economic response that matches the danger we face and targets certain groups within society.

We should start thinking about how to deal with a global depression, starting with massive public works projects and an NZ Super-style Universal Basic Income for all funded by the Reserve Bank buying of Government bonds.

…Bernard is correct, the Economic Depression we are facing is unprecedented…

Coronavirus: The world’s largest economy has come to a sudden, screeching halt

Never before has the US economy screeched to such a sudden, violent stop. Its shutdown has inflicted a case of whiplash on Americans who had enjoyed a decade-plus of gains from the job market, the stock market and a steady economic expansion. The economy is cratering into what looks like a deep recession. Millions will likely lose jobs by summer.

“The economy has never gone from healthy to disaster so quickly,” said Jason Furman, who was US President Barack Obama’s top economic adviser and is now a professor at Harvard’s Kennedy School.

British Prime Minister Boris Johnson unveiled much more stringent measures to tackle the coronavirus outbreak after research indicated a quarter of a million people would have died under previous plans to control the pandemic.

The modelling study, by Imperial College, and led by Professor Neil Ferguson, an expert on the spread of infectious diseases, was published on March 16.

It helped change the British government’s position, according to those involved with the decision. The government said it had accelerated its plans on “the advice of the experts”.

Coronavirus: The Hammer and the Dance

Strong coronavirus measures today should only last a few weeks, there shouldn’t be a big peak of infections afterwards, and it can all be done for a reasonable cost to society, saving millions of lives along the way. If we don’t take these measures, tens of millions will be infected, many will die, along with anybody else that requires intensive care, because the healthcare system will have collapsed.

…the reality is that we can’t get back to any semblance of normalcy until we gain a vaccine and that’s still 12-18months away.

In the meantime, extreme quarantines and extreme economic responses are required.

The incredibly cautious Grant Robertson needs to adopt extreme measures that require vision not management and he needs them now.

The Government must put together an urgent blue sky task force of our best economists and economic thinkers to generate ideas, and they must do it now.