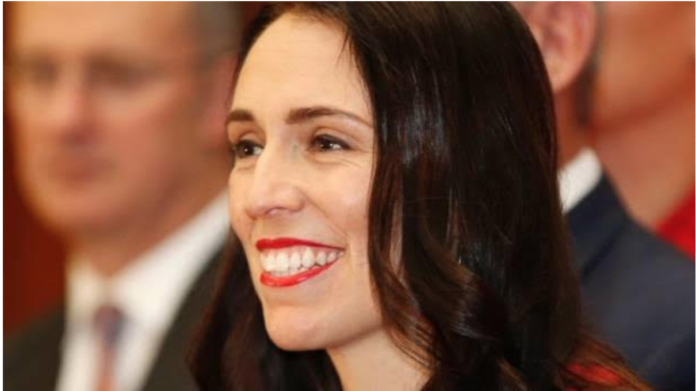 I’M HALFWAY THROUGH Timothy Snyder’s Bloodlands – as grim a history book as I have ever felt obliged to read. The territory of the title denotes that vast swathe of Eastern Europe and Western Russia which felt the murderous effects of first Soviet and then German totalitarianism between 1933 and 1945. Reading Bloodlands, one consistent and inescapable truth emerges: the character of a nation’s leadership matters. It matters more than anything.

The diseased characters of Joseph Stalin and Adolf Hitler incubated death and destruction on a colossal scale – so colossal that it is hard to take in.

Over a period of three months, the Covid-19 Pandemic has claimed the lives of 8,000 human-beings. In the space of just a few days, in the Ponary Forest, not far from the Lithuanian capital of Vilnius, in July 1941, “Special Action Unit 9” of the German Police, assisted by Lithuanian “auxiliaries”, shot and buried 72,000 Jews. It is important to bear in mind that the mass murder at Ponary was just one of scores of similar incidents. Equally important is the fact that such mass killings were not the sole preserve of the Nazis. The quantum of blood spilled by Stalin’s NKVD similarly defies the imagination.

Could there have been a Stalin without the First World War? A Hitler without the Great Depression? Of course not. Human-beings may make history, but, as Karl Marx observed, “they do not make it just as they please”. All manner of influences combine to drive historical events: geography, economics, demographics; and yet, when these grand forces propel events towards a moment of crisis, the quality of political leadership assumes more and more importance. How the grand forces of history end up being personified matters. It matters more than anything.

In New Zealand, and across the planet, the Covid-19 Pandemic: exogenous, random, naturally occurring: has profoundly disrupted the global economy and is pushing the social and economic institutions of the world’s nation states to their breaking points. The ideological context in which so many of those institutions are framing their response to the pandemic is one of neoliberal capitalism. A large part of the difficulties currently being experienced by the world’s nation states, as they grapple with the Covid-19 virus, is due to neoliberalism’s implacable hostility to the collectivism and solidarity needed to protect their citizens from the pandemic.

How well, or badly, national leaders fare in dealing with Covid-19 will depend on how willing (or able) they are to step away from the neoliberal paradigm – and how quickly. It is almost certainly no accident that the nations which have dealt most effectively with the virus, China and South Korea, are both more indebted to the economic nationalist ideas of Friedrich List than the neoliberal theories of Ludwig von Mises and Friedrich Hayek. Where the nation takes precedence over the corporation, combatting pandemics seems to be easier. Certainly, the leaders of the two countries where neoliberalism first secured control of the state apparatus, the United Kingdom and the United States, both seem to be struggling.

New Zealand, too, is a nation state where neoliberalism has enjoyed a dream run. The ideology permeates just about every aspect of the country’s economic and social life. All the more remarkable, then, that New Zealand’s prime minister, Jacinda Ardern, has wrestled herself free of neoliberalism’s grip. Especially when one recalls that it was Ardern’s Labour Party that released the neoliberal virus into New Zealand’s bloodstream. Clearly, Ardern has developed the antibodies needed to step away from the ideology – but how?

The answer may lie in Ardern’s almost accidental accession to Labour’s leadership and, from there, to the prime-ministership. Both events owed more to the personal fears and demons of the two men who cleared the pathway to her success, Andrew Little and Winston Peters, than to any Machiavellian scheming on Ardern’s part. Little’s and Peters’ decisions introduced “the incredible lightness of being Jacinda” to places where she was able to make a tangible political difference. Precisely because she has never been an ideologue (she calls herself a “pragmatic idealist”) Ardern has a political nimbleness and spontaneity which, when infused with her exceptional emotional intelligence, produces spectacular demonstrations of leadership.

“Jacinda’s” empathic political persona contrasts sharply with the less-than-sunny ways of her principal political opponent – the National Party Leader of the Opposition, Simon Bridges. As a fan of the band AC/DC, Bridges will be well acquainted with the concept of “dirty deeds done dirt cheap”. It is one of the darker features of National Party culture that, in order to succeed, their aspiring leaders must consent to being “blooded”. Generally speaking, this requires them to implement policies with which, at a personal level, they may profoundly disagree. The psychic injury inflicted by this requirement to prove oneself “a good soldier” is easily imagined. And the real tragedy is that, having done it once, it gets easier and easier to do it again, and again, and again. The inevitable result is a coarsening of character and an increased susceptibility to harsh and ruthless arguments.

In the case of the National Party, these harsh and ruthless arguments almost always originate from the deep social wounds that were opened up in the course of constructing the global economy that the neoliberal ideology both explains and defends. Perhaps the best description of what the first two decades of neoliberalism wrought was provided by the American liberal philosopher, Richard Rorty. In his 1998 book,Achieving Our Country, he also accurately prophesied our present populist fevers:

“Members of labor unions, and unorganized unskilled workers, will sooner or later realize that their government is not even trying to prevent wages from sinking or to prevent jobs from being exported. Around the same time, they will realize that suburban white-collar workers — themselves desperately afraid of being downsized — are not going to let themselves be taxed to provide social benefits for anyone else.

“At that point, something will crack. The non-suburban electorate will decide that the system has failed and start looking for a strongman to vote for — someone willing to assure them that, once he is elected, the smug bureaucrats, tricky lawyers, overpaid bond salesmen, and postmodernist professors will no longer be calling the shots.”

Simon Bridges’ graceless response to the Ardern Government’s Covid-19 Pandemic Economic Response Package was a potent example of the way in which right-wing parties like National remind Rorty’s “suburban white-collar workers” that the best way to prevent themselves from being “taxed to provide social benefits for anyone else” is to put their votes behind those who will not countenance the notion that beneficiaries are citizens too.

Critics of Bridges’ harsh words – and there have been many – cannot fathom how any decent person could fail so abjectly to recognise the needs of their fellow New Zealanders. To these people, the best of us, I would say – more in sorrow than in anger – read Bloodlands. From its grim pages you will learn about political leaders who, over many years, were able to convince their followers that while some human-beings are indeed endowed with rights and are, therefore, worthy of the state’s protection; there are others, masquerading as human-beings, who are not. In the case of Stalin’s and Hitler’s followers, these convictions allowed them to slaughter “class enemies” and “sub-humans” by the thousand – by the million. Those with something to lose; those with something to gain; when set in motion by leaders willing to sanction and facilitate whatever measures are deemed necessary to advance their interests; will do anything, stop at nothing.

We are not an inherently benign species. For good, or ill, we are easily led. That’s why the character of a nation’s leadership matters. That’s why it matters more than anything.