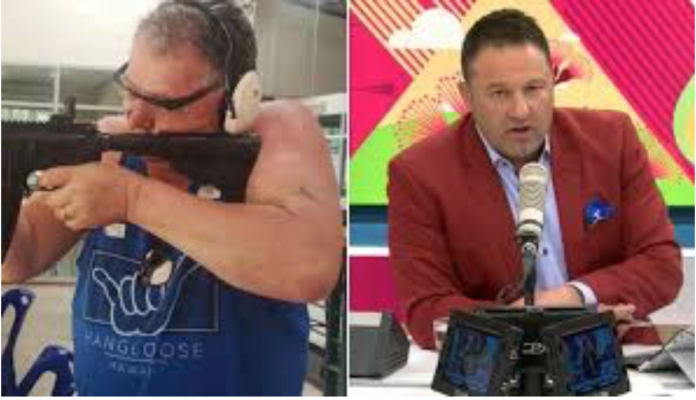 Duncan Garner: Out of control immigration to blame for Auckland’s water shortage

Now Auckland may face official water restrictions. And here’s the bit the PC mad officials won’t tell you – we have filled Auckland city to the brim. Immigration is out of control.

Shane Jones has lashed out at New Zealand’s current immigration policy, saying too many people “from New Delhi” are being allowed to settle in New Zealand.

…they are both right in that the problem is mass immigration, but that’s not the fault of the immigrants! That’s the fault of us, exploitative arsehole New Zealanders!

You can’t blame desperate people for being exploited, and yet that’s what we in NZ are doing.

It’s impossible to debate this issue because woke left wing activists scream xenophobia when you do and the right wing crony capitalists who exploit that labour are silent and won’t engage in the debate so their exploitation can continue.

Right wing crony capitalists exploit migrants for their own business interests while woke left wing activists exploit criticism of migrants because those same activists have transferable global skills that depend upon their access to migration overseas.

It’s a toxic brew of self interest masquerading as self-righteousness while the migrants themselves are exploited and the working classes and beneficiaries  forced to compete for housing and public service infrastructure ultimately lose out.

If NZers wanted to be angry at anyone over immigration, they should look no further than the mirror to be outraged.

New Zealand is founded on a sin, that sin is the mass theft of indigenous land without any intention of ever paying anything more than a pittance in reparation. We are a nation founded on exploitation and that exploitation continues at pace.

These three things all put enormous pressure on the social and public infrastructure from roads to public transport to housing. It is that pressure that the domestic population feels and despises and that fuels anger and bigotry towards anyone who is seen as an outsider.

The middle classes have collectively built an unjust and rigged game of property speculation that continually needs inflated demand from outside of NZ to keep their speculative portfolios inflated. We need international students to exploit, we need migrant workers to exploit, and we need over tourism to keep this manipulation afloat.

Immigrants aren’t to blame for water infrastructure issues any more than they are for ruining education, WE are the ones who have exploited them without investing in the necessary upgrades to keep pace while allowing the crony capitalists to exploit and the middle classes to keep their property portfolios looking inflated.

As the Maxim Institute pointed out last week...

Over the last 30 years, New Zealand has become over reliant on temporary work migration as a way to solve long-term labour and skills shortages. We have been happy to leave recommendations around the numbers and types of visas as almost the exclusive domain of officials and regulators who fine tune the points system in response to short-term economic, political, or lobby-group needs.

…if we are going to get angry at the exploitation of NZ, let’s start by recognising who the real enemy is, the exploiters, not the exploited.