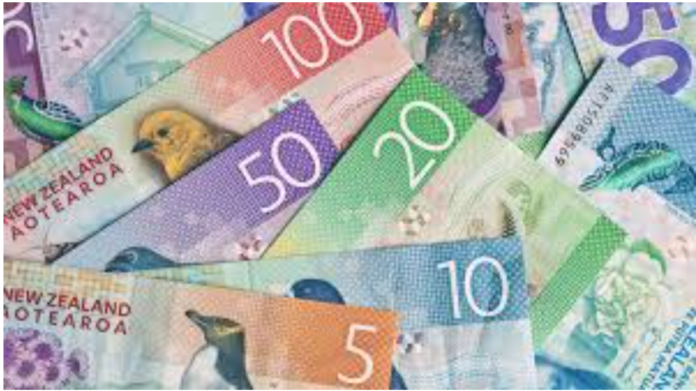 This article by John Minto will be published in the April issue of Foreign Control Watchdog.
We are releasing it now because it is newsworthy now.
Because donations to political campaigns and political parties are very much in the news now.
Dalziel’s campaign funding – the subject of this article –  has been referred to the Police.
The Serious Fraud Office has laid criminal charges against four people in connection with donations to the National Party.
And the Serious Fraud Office is investigating donations to the New Zealand First Foundation that should have been treated as donations to the New Zealand First Party.
The other reason we are releasing this article now is because it contains material not previously made public, specifically:
John Minto’s submission to the Justice Select Committee review of electoral law.
And the final section, which deals with the quite extraordinary reaction from former Christchurch Mayor, Garry Moore, to this criticism of Dalziel’s campaign fundraising.
As for the 2019 Minto For Mayor campaign – there is no secret or deception about where the money came from. The single biggest donor ($2,500) was the Campaign Against Foreign Control of Aotearoa (CAFCA), which was proud to do so and proud to have it known.
The one constant in national and local body politics is the length to which politicians go to hide the identity of their big donors. They don’t want us to know where their big money comes from. National Party figures are currently embroiled in a court case where it is alleged two donations of $100, 000 were deliberately split into amounts that would come under the $15,000 limit above which the donors to political parties must be identified.
New Zealand First is being investigated by the Serious Fraud Office in a similar situation where large donations were channelled into a “New Zealand First Foundation” and then used to pay election expenses. Christchurch local body politics has its own example from the 2019 local body election campaign.
Final Day For Expenses Returns
December 13, 2019, was the final day for local body candidates to send in their election expenses return for the 2019 local body elections. All candidates are required by the Electoral Act to provide the names, addresses and amounts of any donors who contributed more than $1,500 to their campaign. Christchurch’s successful Mayoral candidate, Lianne Dalziel, left it till the last day to provide her return which duly appeared on the City Council Website. It made a mockery of her claim, made just a month before, that she has “high expectations of openness and transparency at Christchurch City Council”. Her claim hid the identity of her major donors. The relevant section of her return is here:

Dalziel claimed her husband, lawyer Robert Davidson, donated $1,000 worth of items which were auctioned and brought in $39,100 in income for her campaign. It was the same strategy she used in the previous Mayoral race in 2016 when a fundraising auction brought in $25,000 which was all attributed as a donation from her husband. Successful bidders who paid more than $1,500 above the market value of any auctioned items should have been identified as per Electoral Act requirements.
Stretching Credibility To Breaking PointI stood as a Keep Our Assets Canterbury (KOA) candidate in both the 2016 and 2019 elections* and I was uneasy about her 2016 return but didn’t raise it as an issue. I should have. I put out a media release challenging her 2019 expenses return saying: “It stretches credibility beyond breaking point to suggest none of the items was purchased for more than $1,500 when the total raised was $39,100”.  It was duly reported in the Press newspaper and the Mayor was challenged on the issue. Initially she said she had been assured no-one paid more than $1,500 above the market value of any auctioned item so the return was accurate. However, when journalists began questioning people who were at the fundraising dinner the Mayor then said she would check with her husband.

Several days later she provided an “updated” return which identified six donors who paid more than $1,500 above the market value of what they bid for. In summary her big donors were:

There is no suggestion that any of the donors acted improperly or illegally but the Mayor’s failure to identify them in her expenses return naturally leads to suspicions. The donors include people with big property interests (Council subsidies to property developers building in the central city have been a sore point with many city residents), water bottling interests (this has been a hugely controversial issue in Christchurch in recent years) and one is associated with the Christchurch Adventure Park which was controversially bailed out by the Council in 2019.

A Scenario Ripe For Corruption

It’s not possible for voters to hold public officials to account or to ensure “conflicts of interest” involving elected officials are dealt with if we don’t have the knowledge of the big money donors behind a campaign. In this case the public has to be doubly alert because Dalziel’s husband’s law firm, Davidson Legal, was caught out offering to arrange “lobbying access to local body politicians” for Cloud Ocean, a hugely controversial water bottling plant in Belfast, north of Christchurch.

If all this smells unhealthy it should do. It’s a scenario ripe for corruption. At the time of writing the local Electoral Officer, Jo Daly, has handed this issue of the Mayor’s false expenses return to the Police to investigate and that process is continuing. What this process has identified are serious weaknesses in electoral law. I have helped prepare a submission to the Justice Select Committee calling for changes to electoral law as a result of this issue arising in Christchurch. A summary of these issues follows:

One of the surprising reactions to this expenses’ fiasco has come from former Mayor Garry Moore (1998 – 2007) who was angry and upset that KOA should challenge the current Mayor. When we first questioned the Mayor’s expenses’ return, he sent this email to KOA Convenor Murray Horton (16/12/19):

Hi Murray, The campaign’s over. Let’s make the City great again. What’s more important, playing political games, or getting on with things? Like keeping our assets… I thought you guys didn’t believe in playing conventional political games. Maybe I was wrong. Cheers, Garry Moore.

KOA members made principled responses to his email but then after more publicity, he emailed Murray again (28/1/20).

Keep going Murray. Keep up the hate. John’s doing really well. Another non-story. Nothing positive. Nothing adding value to our City. No new ideas. Nothing creative. Just hate. Does this make you feel better? You are a decent man. Think about the damage you guys are doing to the City and to Lianne. When we have a Rightwing Mayor you can sit back and feel satisfied you have succeeded. Will you only be happy when you have got rid of the Mayor you have labelled as “not left enough”? Oh, how the Left has so much to learn about loyalty from the Right. Cheers, Garry.

This time I replied to him:

Kia ora Garry. Your emails attacking me and KOA for questioning the Mayor’s election expenses return are unprincipled, illogical and cowardly. The Mayor put in an expenses’ return in 2016 which looked dodgy. I decided not to question it then which was my mistake. I did question her 2019 return when she used the same approach with the result she has been caught out in breach of the Electoral Act.

Blaming her husband is pathetic and simply not credible. Do you not think electoral law is important? Do you think the Serious Fraud Office should not have charged four people for breaches of the Act in relation to a donation to the National Party? You surely don’t think that electoral law should only apply to the National Party? Your claim of a “hate” campaign is cowardly. If there is any damage to Dalziel’s reputation or to the city as you claim then the responsibility rests entirely with her – no-one else. She was the one who thumbed her nose at the law.

I have no idea who could have labelled Lianne Dalziel as “not Left enough”. Certainly not me. Dalziel has spent her entire political career as a supporter of Rogernomics. She has never been “of the Left”. She arranged for renowned privatisers Cameron and Partners to assess the city’s books when she was first elected and then led the charge to try and sell City Care after saying she wanted to raise up to $600 million from city assets.

I can’t think of a single policy she has supported which would not have been supported by a “business” candidate. Even on social housing Darryll Park was much more forthright and honest than the Mayor about the poor state of Council housing and determined that fixing it should be a top priority for whoever won the election. And it has taken her six years to commit to replace the Council rental housing destroyed in the earthquakes. She has always been a corporate-first candidate.

For the record the new and creative ideas for Christchurch in the election campaign came entirely from KOA. Nothing from the current Mayor. You have allowed your friendship with Dalziel to cloud your personal and political judgement. In doing so you have let yourself down badly. Na, John Minto.

There has been no response..