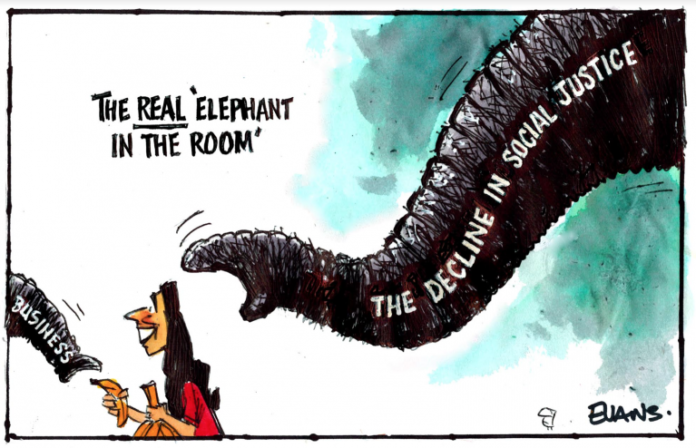 Damien Grant and I have been pointing out on Magic Talk Radio to anyone who will listen that the Wuhan Virus is far more dangerous than being anticipated and will have an enormously negative impact on the global economy.

In short, we are all underestimating the impact of a pandemic.

Today as the enormity of what a pandemic will look like starts cutting through into the markets, the Dow plunged 1029 points alongside global markets all falling which coincides with major slow downs that were already occurring in most developed economies…

Take Japan: The world’s third-largest economy shrank 1.6% in the fourth quarter of 2019 as the country absorbed the effects of a sales tax hike and a powerful typhoon. It was biggest contraction compared to the previous quarter since 2014.

Then there’s Germany. The biggest economy in Europe ground to a halt right before the coronavirus outbreak set in, dragged down by the country’s struggling factories. The closely-watched ZEW Indicator of Economic Sentiment in Germany decreased sharply for February, reflecting fears that the virus could hit world trade.

Bank of America economist Ethan Harris points to the number of smaller economies that are hurting, too. Hong Kong is in recession and Singapore could soon suffer a similar fate.

Fourth quarter GDP data from Indonesia hit a three-year low, while Malaysia had its worst reading in a decade, he noted to clients on Friday.

Meanwhile, engines of growth like China and India slowed in 2019. Fourth quarter GDP data for the latter comes out this week.

…the woke be screaming on twitter that any criticism of the wuhan virus is xenophobic and racist and that it doesn’t kill as many people as the flu blah blah blah.

I’d humbly suggest to the woke that this isn’t a bloody identity politics issue, it is a public health issue and economic emergency.

The truth is that the virus is far more infectious than anticipated, it can hide without symptoms, it is more lethal than the flu and the global nature of supply lines means infection in one place has impacts everywhere.

The WHO have already today warned that we are talking about months, not weeks to stop the virus and that doesn’t take into account if it becomes a pandemic, which it most certainly looks like it will.

This is going to hurt NZ because we have put all our cows in one Beijing paddock and because Australia, who is our second largest trading partner after China, has put all their mines in one Chinese paddock as well.

Our cow has fallen down their mine.

This hurts our tourism, our exports and of course the actual cost of the sickness on productivity and quarantine disruption not to mention 1% of the population dying.

This means that come the election, there is s very good chance of there being a recession.

Our reliance on simply being the producer of raw materials to one market has bitten us in the arse.

Luckily, the Government has the capacity to borrow far more than most of our trading partners so the home fires can stay burning, which brings us to Mike Hosking being an arsehole. 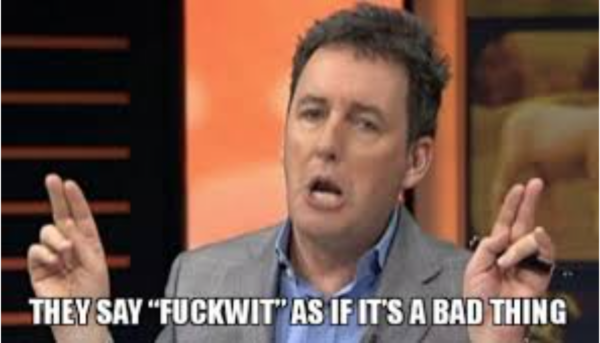 Today he bemoaned giving a pittance of an increase to beneficiaries by arguing...

Most who got a 3 per cent wage rise did so because they did something productive. They made more, produced more, worked more – that’s the productive side of the economy. That’s how you incentivise people: there is reward for work

Beneficiaries got the same rise, that’s the non-productive side of the economy. Nothing more was produced, but more was put into it. And that is why the money is gone and we are borrowing.

Economies grow because of productivity not because of non-productive spending. You need one to fund the other, and one must be stronger than the other. That’s how you move forward, run surpluses, and afford to cover difficult days.

A level of redistribution, the likes of which we are currently experiencing, leads nowhere sound fiscally. It makes us increasingly vulnerable to global shocks, and we are too small to be running that risk.

…listening to multimillionaire Mike Hosking’s thoughts on beneficiaries is like listening to Trump’s views on feminist folk music.

With an economic recession looming because of the virus, the poorest will need MORE support, not less and that support is going to be required by everyone, not just beneficiaries.

This Government was founded in 2017 under the shadow of an expected market correction which would allow Winston to make large structural change to the neoliberalism he detests, (although as Chris blogs today, that desire to fight neoliberalism is driven by protecting crony capitalism) so the Government does have a blueprint as to what to do if the opportunity of a crisis presents, so who should Labour save if the recession hits?

Dairy Farmers: They are up to their eyeballs in debt from dairy intensification. To get them to agree to helping everyone else, you need to help them and this could be a once in a  generation move to get them to change their allegiance to National. Underwrite all Dairy farm debt on the agreement that they revert from Dairy to planting forests.

First home buyers: You can’t leave them for the wolves of the Market, underwrite their mortgages through Kiwibank.

Mum and Dad’s investment property: You can’t wipe out an entire generations wealth base, again underwrite one property over the family house through KiwiBank.

Corporations: They will turn up with their golden begging bowls and beg for bail outs. Fuck em, let them burn.

Banks: Only save Kiwibank, the others can burn.

Property Investors: Anyone with more than a family house plus one property investment can burn.

Tax amnesty for small and medium business: They are the ones who will suffer the most, allow a tax amnesty with the usual penalties cancelled.

Welfare: Everyone will be scrambling for some type of welfare, it will need to be increased, and the draconian punitive crap dumped.

Immigration Freeze: We will need to freeze immigration at a time of economic crisis because everyone will be fleeing.

Remember, with the climate crisis producing cheek to jowl overcrowding and biosphere degradation, the ease with which viruses can jump between species is increasing. This pandemic is the future under catastrophic climate change.