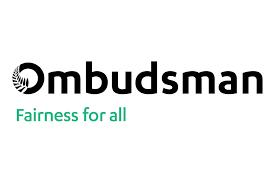 The Chief Ombudsman Peter Boshier has welcomed today’s announcement by the Minister of State Services Chris Hipkins that the Government intends to begin strengthening the Protected Disclosures Act to provide better protection for whistle blowers.

“I agree that the Act is not working as well as it could, and allowing people to report directly to an external authority is a prudent move, as is specifically expanding the definition of serious wrongdoing to include NGOs which handle public funds.

“It is also pleasing to see that the Government will consider a ‘one-stop-shop’ for disclosures and continue to increase public awareness of the legislation. As we saw from the public feedback, it is critically important that the ‘one-stop-shop’ is a fully independent authority.

“However, I believe the legislation needs to be clear that bullying and harassment is serious misconduct as this is an increasingly prevalent problem in workplaces, and a matter of extreme sensitivity for employees who may find it difficult to raise such issues with their employer.”

The Chief Ombudsman last year commissioned research which showed that just 9% of respondents were aware of the PDA, and only 40% of all respondents currently in work felt their jobs would be safe if they reported the wrongdoing.

“What was more alarming is that 21% of all respondents said they have witnessed serious wrongdoing at their workplace or previous workplaces, so one can surmise that there is a great deal of misconduct not being reported.

“My Office has done considerable work in the past 14 months on providing advice to Parliament and employers on whistle-blowing, and I am committed to ensuring we continue to engage with the public to raise awareness. I look forward to the next phase.”