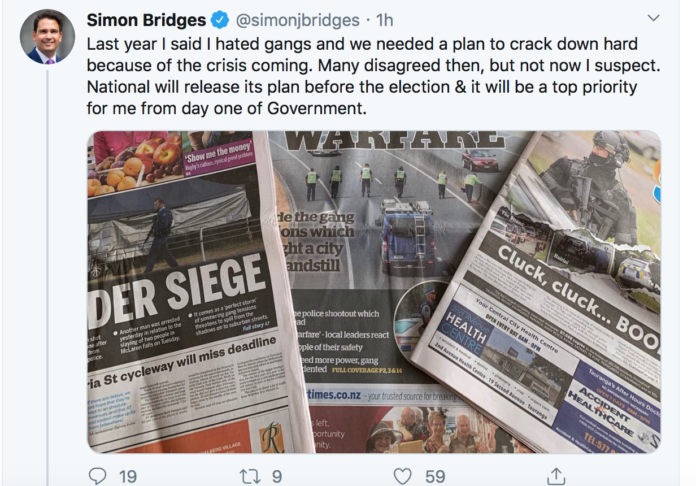 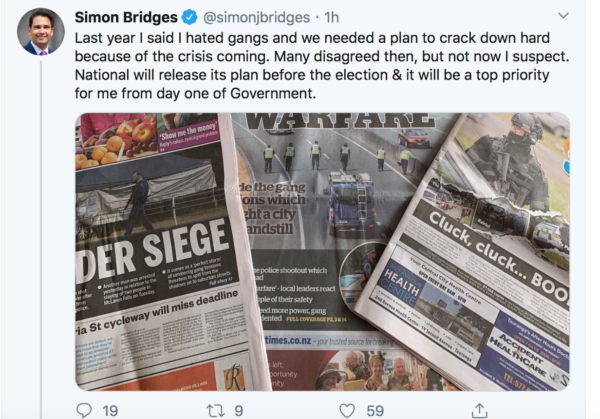 Folks, you can either read it here first on TDB or wait 6 months for the mainstream media to catch up.

As TDB has been pointing out for sometime, the Government are in danger from an escalating gang war caused by the unique event of over 1300 hardened Australian criminals  being exported and renditioned back to NZ.

These new Australian connected gangs don’t use Chinese organised crime syndicates for their meth, they have Mexican cartel links who are ultra violent and produce a higher grade meth for a far cheaper price and that the explosion of organised hits and assassinations that have plagued the NZ criminal fraternity for the last 18 months is being driven by  these new Australian imports while Pacific Island connections are increasingly becoming the driver of the new hunger for meth.

Speaking to sources, the HeadHunters are defending their HQ with steal plating after an attack on them last month.

3 – It doesn’t focus on the actual problem – the 501s: The point I was making in the interview with Mark Mitchell stands, the generator of this recruitment drive by the domestics is the sudden importation of 1200 501s from Australia who are prepared to use a level of criminal violence and sophistication well in excess of what the domestic gang landscape will cause. There’s no point in harassing the Mongrel Mob or Black Power or even the Headhunters if the 501s are the reason they are bulking up to protect their turf. A myopic focus on the 501s is what is required here, not some broad stroke get tough on crime rhetoric that lacks nuance because it’s aimed at triggering voters using lazy stereotypes.

There are lots of unregistered dogs in a gang suburb. Strike Force Raptor as part of their constant harassment campaign move in on a Saturday morning with the armed ninja cops to round up all the dogs and take them away to the pound. Very quickly neighbours see the huge army of Strike Force Raptor members required to pull something like this off successfully descending upon their neighbourhood. People come out to the streets and start yelling and screaming at the Police as they attempt to remove dogs. A bottle gets thrown, do the ninja cops fire back? Livestream social media is now recording the event, more people are turning up, the crowds are getting angrier. One of the dogs turns on a Strike Force Raptor Officer, the police shoot the dog, the crowd goes into rage and bottles start to fly. In one house an 11 year old boy has his pet rottweiler ‘Adolf’ torn from him and while he sobs on the garden lawn, the Strike Force Raptor Officer hands him a ‘You can be Gang Free if you want to’ pamphlet as part of their program to provide ‘offramps’. The 11 year old boy looks at the Strike Force Raptor Officer with naked hatred in his eyes and promises they’ll get theirs one day.

The above scenario is exactly the kind of harassment policy National are promising and it’s hard to envisage a more counter productive cock up of a social policy.

This isn’t political leadership by National, this is political opportunism by playing to our worst angels of fear and anger.

Quiet diplomacy is urgently required. We face an event unlike any other in NZs criminal history, never before have we had a situation where 1300 violent criminals have been dropped off into the country with zero ability to contain them.

2 – Domestic gangs turn all evidence about the the 501s over to the Police and aid in entrapping any, in return Police will organise an enormous one off event whereby the move against the entire 501 infrastructure and take them down in one move. 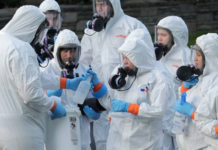