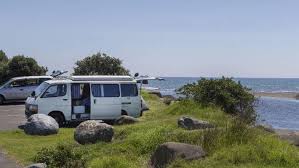 We have all seen the headlines blaming freedom campers for littering etc.
But what exactly is Freedom Camping or a Freedom Camper?

In 2011, the National Government passed Legislation called the “Freedom Camping Act 2011” (The Act). Part of that legislation’s work was to enable Freedom Camping anywhere generally on public land unless specially prohibited. It first had to define what it meant to Freedom Camp and who was a Freedom Camper;
Meaning of freedom camp

(1)In this Act, freedom camp means to camp (other than at a camping ground) within 200 m of a motor vehicle accessible area or the mean low-water springs line of any sea or harbour, or on or within 200 m of a formed road or a Great Walks Track, using 1 or more of the following:

There are several exemptions relating to short term parking, and driver fatigue.
The mode of camping includes everything including cars, tents and other temporary structures. (I can hear you now, – isn’t Freedom camping only about Motor-homes & Caravans?).

The location where camping happens, (apart for rules for DOC land and others), is within 200 metres of a “Motor Vehicle Accessible Area”, while a formed road is mentioned – “…or on or within 200m of a formed road..” that is not a required element (Note “or”) – let that sink in.

So apart for the few exemptions, anywhere that can be accessed by Motorbike is an area defined for Freedom Camping under the Act, so Hunters who often access their camp sites by Motor-vehicle, people who do river excursions and cycle touring, when they bed down for the night in a Tent within 200 metres of a Motor Vehicle accessible area. Hunters are one major group, who were wrongly told the “Act” did not apply to them.

For too long now, Councils have only recognized Motor-homes and Caravans as a mode of camping. When Councils have been open to catering for tents in their bylaws, they have been placed in a difficult position due to the Motor-home clubs and industry representative organizations who claim that only certified self contained campers are responsible. That is incorrect and how the facilities within a camping vehicle with no education, can ever make a camper responsible defies belief.

Responsible Campers Association Inc recently stated; “While Certified Self Containment can assist a camper to be responsible, it does not make them responsible. Any camper still needs to make the personal decision to be responsible”.