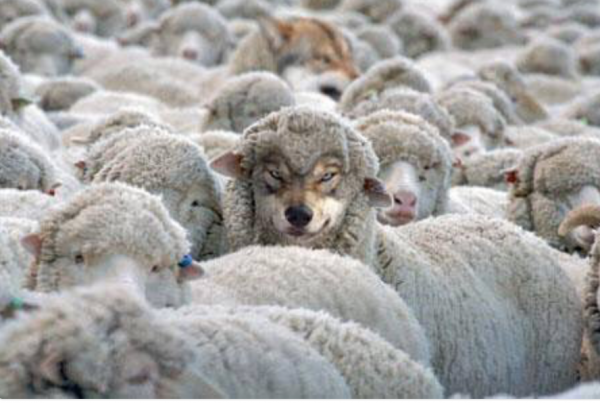 Sigh, remember the good old days of John Key’s National Party when the outright corruption and abuse of power was naked and visceral and the sleepy hobbits of muddle Nu Zilind excitedly enthused they’d have a beer with Key any day of the week?

Despite the mass surveillance lies.

Despite the threats against journalists.

Despite the Dirty Politics.

Despite the vast increase in unchecked police powers.

Despite the weird ponytail pulling fetish.

Despite the gutting of public infrastructure and the sale of state assets.

Despite that one time Key’s office colluded with the fucking Secret Intelligence Service to smear Phil Goff months before the 2011 election that won it for Key?

The CEOs of the Ministry of Foreign Affairs and Trade and New Zealand Trade and Enterprise have delivered a final nail in the coffin of Murray McCully’s Saudi Arabian “Agri-Hub”.

The pair have authored a damning letter finally responding to then -Auditor General, Lyn Provost’s , highly critical report on the project which she produced in 2016 when National — and McCully — were still in power.

The letter was sent to the Office of he Auditor General only last week.

…you may not remember the unbelievable clusterfuck that was the Saudi Sheep bribe fiasco, so let me remind you in detail the fully fledged horror of it all.

After this occurred in 2013, we got this whitewash report 3 years later in 2016 that the Minister at the time, Murray MCully, kinda acted within the law in regards to a Saudi Sheep bribe. We were assured that there wasn’t anything to see here, just a Senior Minister paying an $11.5 million dollar bribe to a Saudi Businessman (Hmood Al Khalaf) in the sad hope that we can get a free trade deal with Saudi Arabia, a country with one of the worst Human Rights records on the planet and who is also one of the biggest funders of extremism.

They also crucify people, not figuratively, literally. They literally crucify people. This is who we want to trade with, a country that still has crucifixion on its list of execution styles.

The claim was that Prime Minister John Key had promised a Saudi Businessman (Hmood Al Khalaf) that NZ would restart live sheep exports for slaughter in Saudi Arabia. National didn’t go ahead with live sheep exports and so the Saudi Businessman threw a tantrum and somehow managed to stall NZ-Saudi Arabia free trade talks. McCully told Cabinet that if we didn’t pay him a bribe, then we could be open to a $30m counter lawsuit.

So what Official Information Act revelations did we get from MFAT in 2017?

The Ministry of Foreign Affairs and Trade did not provide legal advice to the government on the risk of being sued by a disgruntled Saudi Arabian businessman, documents reveal.

The admission that no legal advice on the lawsuit threat ever existed directly contradicts comments in 2015 by then-Foreign Minister Murray McCully that the ministry had taken advice on the issue.

The National government did an $11.5 million deal with Saudi businessman Hamood Al Ali Al Khalaf after Cabinet was advised in February 2013 that the Al Khalaf Group was threatening to sue New Zealand for $20-$30m. Mr Al Khalaf had invested heavily in New Zealand and believed New Zealand’s 2003 ban on live exports had left him misled and out of pocket.

The deal included using taxpayer funds to build Mr Al Khalaf a $6m agrihub farm in the Saudi desert, as well as flying in over 900 sheep and handing over $4m in cash.

The government argued that the deal saved New Zealand from the risk of being sued for a much larger amount.

However, MFAT and Mr McCully have long refused to release any legal advice it relied on in doing the deal.

In a 2015 interview on TV3’s The Nation, Mr McCully was asked repeatedly what the advice said and whether he would release it.

Yet an Official Information Act response from MFAT “following discussion with the Chief Ombudsman” has revealed “it did not seek or provide advice on the extent of the risk of a claim in the New Zealand courts for compensation from the Al Khalaf Group against the government”.

…well, well, well. So there actually wasn’t any investigation whatsoever of McCully’s bullshit claims that we were on the hook for a $30million dollar legal case if we didn’t bribe Hmood Al Khalaf which means there was no justification whatsoever which means McCully lied to us and his own Caucus and no one was held accountable?

When you remind yourself just how corrupt the National Party in power were, and then look at the so called ‘corruption’ of this current Government whose main criticism is that Jacinda is too popular overseas and hasn’t managed to repair all the damage National caused over a decade, you really appreciate the double standards we as voters accept in NZ.

When National are corrupt, it’s nothing to see here, yet when Labour are in power we get manufactured allegations that the PM lied about a sexual assault.

No wonder National are polling so well, the entire media establishment are a propaganda wing of the existing political interests.