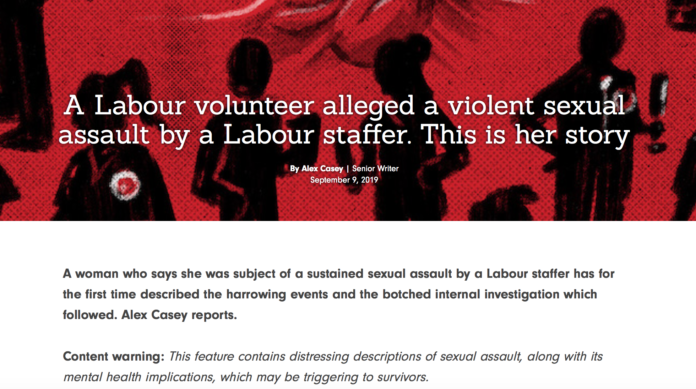 TRIGGER WARNING: If you are a sensitive soul, you should pass this story by. But if you like your violence visceral, then strap in because I’m about to give The Spinoff a good old fashioned hands tied behind their back pistol whipping.

It is astounding to me that the right wing pundits, feminist journalists and the fucking Spinoff have refused point blank to apologise for their witch trial hit job on Jacinda – Vance’s bullshit ‘apology’ is jaw dropping.

Note Vance doesn’t critique her own rush to judge in the age of ‘if a women said it, it must be true’ journalism, she glosses over her own role in promoting this and blames everyone else.

Don’t forget Michelle Duff either, even though she wrote a biography on Jacinda (which is currently being turned around by juvenile right wing clowns) , her woke mantra of ‘believe women always’ meant that EVEN SHE was prepared to throw Jacinda under the bus for fourth wave feminist doctrine…

We can’t, and may never, know whether Ardern knew of the true nature of the allegations. I would personally like to give her the benefit of the doubt and say I don’t think she did, but the uncertainty is there.

…really ‘Chelle? After closely studying Jacinda, woke mantra over rode your actual experience of her eh? 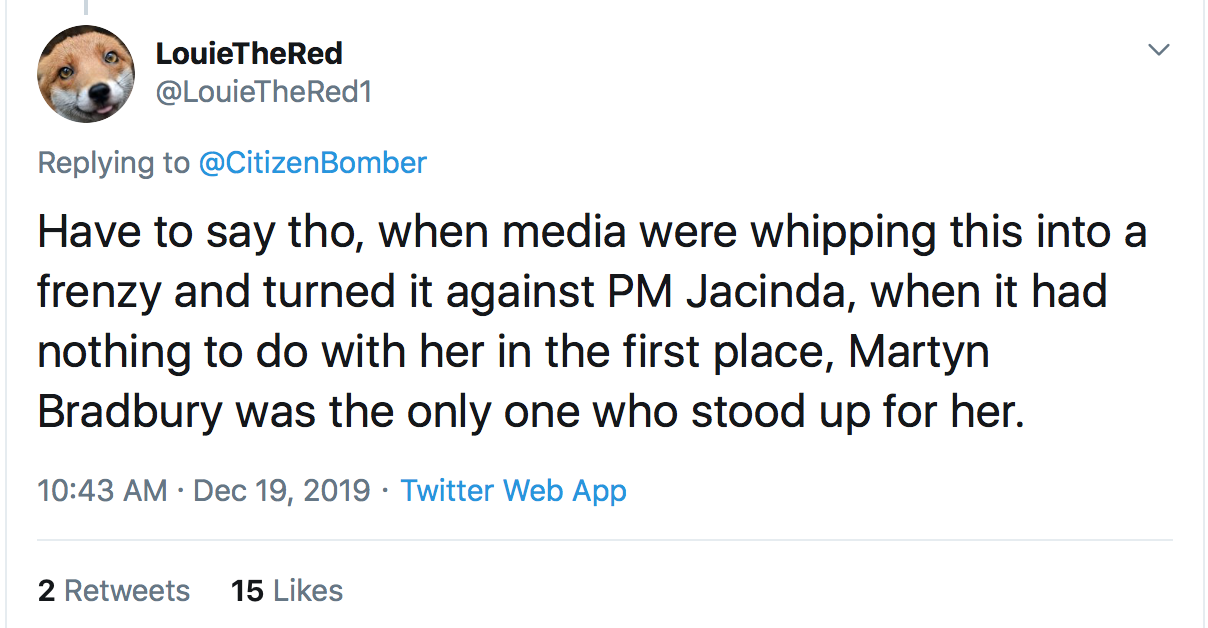 …I’ve known Jacinda and her partner for over 2 decades – I refused to believe for one second that she would purposely lie and cover something like this up – it’s not who she is or what she is about and I’d stake my own honour on that.

My loyalty is working class, it doesn’t simply blow with the prevailing middle class mantras of the day.

I think a person making an allegation needs to be taken seriously, not believed – because believing means there is no due process, but I’m old fashioned like that.

If you re-read the original Spinoff witch trial that launched the claim Jacinda not only knew about but covered up a sexual assault, note how the relationship is utterly falsified for maximum damage – shouldn’t the BSA be involved here for crimes against journalism?

Over the next year, Sarah immersed herself in the party as a volunteer, quickly gaining more recognition and responsibility. It was during this period that she first came into contact with the alleged perpetrator, who is several years her senior, and started to have correspondence and regular meetings with him. He was already established in a leadership position at Young Labour, and his star continued to rise in the party proper.

It was soon clear his interest in her was not purely political or professional, she said. On a party trip in 2017, after a night of drinking, he spent time “coming up behind me, hugging me, grabbing me”, she wrote in an April 2018 email to Maria Berryman, the lawyer leading the review. He also sent Sarah screenshots of explicit private messages exchanged with another party member, seen by The Spinoff, in which the pair fantasised about having sex with her. “I would feel manly if she was on her knees,” he wrote.

…at no point whatsoever do Spinoff note she had been in a relationship with this guy for 8 months!!!

Did they purposely leave out the relationship or doctored evidence?

Doesn’t the context change everything and doesn’t the fact that it wasn’t noted to the reader deeply deceitful?

The text message he sent her was sent during their relationship – how does that equate to inappropriate behaviour? That’s the new evidential threshold is it? Sexts you send your Boyfriend/Girlfriend during a consensual relationship?

As The Spinoff story reads, this Staffer tricked a poor defenceless women into his home and was behaving like he was her boyfriend – because he was???

The counter of course is that sexual violence occurs in relationships and just because you had sex with someone doesn’t mean you are consenting again to that, and we all accept that argument, but what Vance, Duff and The Spinoff did was hide an element of the allegation which completely changes how that story is being told and in turn that allowed Soper, Garner, Hosking and the rest of the right wing trolls to tell the country Jacinda was covering up a serious sexual assault.

The Spinoff is the blog that cried wolf, and who just happens to have a side hustle that specialises in the eradication of mythical wolves.

We used to have ‘journalism’ like the Spinoff sex scandal story – it was on a site called ‘Whaleoil’ – how can the Spinoff claim to be the future of journalism when they are just as malicious as Slater?

So this Spinoff hit job destroyed the young staffer, destroyed the President, defamed Simon Mitchell and allowed the insinuation that Jacinda covered it all up, all in the name of middle class woke feminism and hashtag activism?

That’s the journalism everyone is racing to support with donations is it? Puritanical character assassinations from virtue signalling evangelicals?

If you want to donate to a media that challenges the mainstream narrative without imploding the progressive movement with unsubstantiated hit jobs, you can support The Daily Blog here.

Has that dreadful bore of a drama queen Giovanni Tiso launched a campaign against The Spinoff’s advertisers yet? Isn’t the Queen of the Wellington Twitteratti the first to call for advertiser boycotts when media lie and screw up this badly? Has he started one?

Of course he hasn’t because The Spinoff is everyone’s favourite Woke middle class media and they are always right.

Shouldn’t someone be asking NZ on Air why the fuck they are supporting Whaleoil level journalism? What about all the other advertisers?

And who am I to lecture?

When I went after John Key and the ponytail pulling scandal, I made sure I could back up everything written including how the Herald sent in a fake PR advisor to gain an exclusive to make Key look good, The Spinoff must be forced to ask if they had any journalistic standards at all in their hit job and the right wing pundits who claimed Jacinda knew and the feminist journalists who promoted that lie all need contempt visited upon them.

The Spinoff almost smeared and derailed the most important political leader the Left has all because they used a Cameron Slater level of journalistic ethics and no one is calling them out because they are so precious.

What other grand conspiracies will The Spinoff be concocting in 2020?

Toby Manhire bravely revealing that day when Trevor Mallard once looked at him funny?

An exclusive by Ben Thomas on that one time Neale Jones got in between him and the buffet table?

Duncan Grieve courageously admitting that he felt triggered by Kris Faafoi for not including him as a consultant in the RNZ-TVNZ merger?

The sanctimonious alienation by The Spinoff is one thing, but when they are producing ‘journalism’ based on misinformation and deceit that almost derails the best chance for progressive politics in a generation, one really has to ask why the fuck they are allowed off this nightmare without any criticism.

Once upon a time we believed in a value that it was better 10 guilty people walk free than one innocent person gets wrongly convicted, in the age of accusation as the new evidential threshold, the mindset as displayed by The Spinoff’s woke journalistic standards is that it’s far better 10 innocent men are found guilty rather than one guilty man going free.