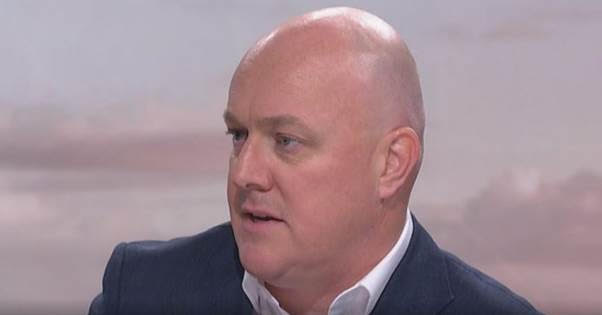 CHRIS LUXON has some explaining to do. He has been identified as an evangelical Christian, which, if you’ll pardon the religious cliché, covers a multitude of sins. That’s why I believe Chris Luxon owes New Zealanders a working definition of evangelical Christianity – and how he intends to practice it.

A private matter? Well, that  might be true if Luxon was a person moving into private life. Clearly, however, that is not the case. Luxon has opted to become an even more public person than he was as Air New Zealand’s CEO. The core motivations of public persons are not matters to be evaded, they are matters to be explicated, elucidated and explained.

What, then, is generally understood by the term Christian evangelism? At its core, evangelism is about the active spreading of Christ’s teachings – especially among those who are ignorant of his message. For a politician to identify himself as an evangelical Christian is, therefore, a matter of considerable importance.

If such politicians are genuine in their self-characterisation, then they will take every opportunity their public office provides to proselytise on behalf of their faith. They will also feel obliged to bear witness against beliefs and practices they believe to be evil. To do all they can to save the souls of those who are in the grip of sin. Christian evangelism is, above all else, faith in action.

It is, therefore, disingenuous (to say the least) for Luxon to present his evangelical convictions as having relevance only to himself and the congregation of the Upper Room Church to which he belongs. The very name of his faith community argues against this claim.

The “Upper Room” mentioned in the gospels is the room to which Jesus and his disciples repaired on the night of his arrest. In biblical tradition, it is the location of Christ’s last supper. The Upper Room thus represents the ignition-point of the chain of events that led to Christ’s crucifixion and resurrection. It was Christianity’s first church: Ground Zero, if you like, for Jesus’s universal mission. In the Messiah’s own words:

Therefore go and make disciples of all nations, baptizing them in the name of the Father and of the Son and of the Holy Spirit, and teaching them to obey everything I have commanded you. And surely I am with you always, to the very end of the age.

Does that sound like a private matter? Was the Upper Room really nothing more than the venue for a catered meal for Jesus of Nazareth and a few close friends? Is that it?

Obviously, not. A non-denominational congregation of believers calling themselves The Upper Room Church clearly draw their inspiration from the conviction that, gathered in that celebrated biblical space, were a group of human-beings charged with securing nothing less than the salvation of the whole world. Equally clearly, however, at least some of the church’s members – including Luxon? – are expected to secure the obedience of the nations by using techniques very different from the open preaching of the disciples who left that original Upper Room at Jesus’s side more than 2,000 years ago.

It’s about this point that things begin to get murky. A swift consultation of Wikipedia’s entry on Evangelism reveals the following curious sentence:

Some Christian traditions consider evangelists to be in a leadership position; they may be found preaching to large meetings or in governance roles.

What in the name of all that is good and holy does that mean?

To answer that question it is necessary to go back to the time and place in which groups like The Upper Room came into existence – the United States of America in the 1930s.

It was a time of tremendous social and political upheaval, during which the traditional relationships between those at the summit of society, and those at its base, were challenged in ways that made the ruling elites, business leaders in particular, profoundly uneasy. The Upper Room was founded in 1935 with the objective of disseminating biblical verses highlighting the duty of Christians to obey “the powers that be” and eschew rebelliousness in all its forms.

The following year saw the formation of what came to be known as “The Family”. Established in response to the Seattle General Strike of 1936, The Family gathered together in “Christian fellowship” prominent and powerful politicians, state officials and businessmen, for the purposes of re-establishing the dominion of the godly throughout the USA – a mission which included the destruction of those unnatural instruments of Satan, the trade unions. The Family would grow in strength and power, extending its tendrils of influence through the US capital, drawing-in Congressmen, Senators – even Presidents – to its deeply heretical interpretation of the gospel.

This is what Chris Luxon needs to explain. Does he subscribe to Christ’s “preferential option for the poor”? And, is he committed spiritually to fulfilling Christ’s promise that “the meek shall inherit the earth”? Or, does The Upper Room, like The Family, preach a gospel of worldly wealth and power, in which the Mighty rule by God’s special favour, meaning that all his true servants are bound to do everything they can to further God’s plans for the men and institutions he raises above them?

More specifically, if Luxon should, at some future date, receive an invitation to attend the National Prayer Breakfast, staged annually in Washington DC by The Family, and attended by every President since Dwight Eisenhower (along with a mighty host of foreign potentates, corporate CEOs and lobbyists) will he accept and attend?

Or, has he already done so?