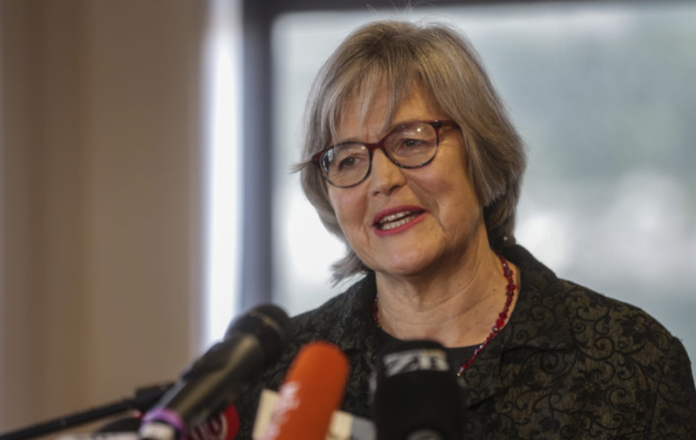 The government’s decision to allow Japanese-owned  Pan Pac Forest Products to bypass the Overseas Investment Office and make up to 25 purchases totalling 20,000 hectares of land for forestry for the next three years tells you how deeply embedded neoliberal thinking is entrenched in our government.

RNZ ( 24 Oct) reports that ” despite Labour, the Greens and New Zealand First opposing land sales to foreigners in the past, the OIO has approved more than $2.3 billion of forestry-related sales since the government was formed.”

Why? Because , according to Land Information Minister and Green MP Eugenie Sage “if we are going to sequester the carbon that we need to, to meet our Paris Agreement commitments, we need more trees.”

OK…. so we need to plant more trees to meet our obligations under the Paris agreement and arguably we need some foreign investment to do that. (Although during the Great Depression we seemed to be able to plant large state owned forests without the assistance of foreign companies).

1. Why sell the land? Why not pass a law that only allows foreign companies to lease land for a set period? (99 years for example would give Pan Pac 3 crops of mature pine trees before their land use could be reviewed)

2. Why, in principle, allow ANY foreign company a free ride over NZ land purchase ? Having done it once makes it harder to deny other foreign companies the same right. Result? One day you look around and we can no longer make decisions about our destiny as a nation because overseas interests own us lock stock and barrel.

3. Are pine trees , which will get cut down 25 to 35 years from now, the best ones to grow to meet our LONG term climate change ?

Were any of these issues raised at the cabinet table before making this decision?

Can we believe any of the parties in government when they say they are opposed to selling land to foreigners?

I had hoped we might see some change at the last election in the way we run our economy but we haven’t. Neoliberal austerity and pandering to foreign interests is the mind frame that still rules.