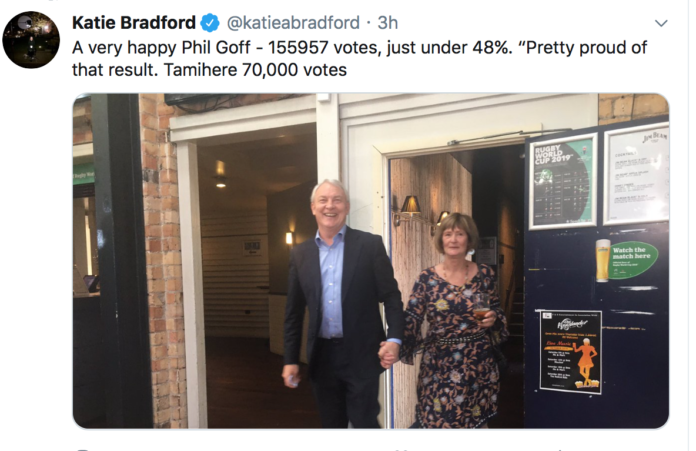 Standing for elections takes courage, a whole lot of energy, and money – often one’s own. It can be tiring, banal, humbling and fruitless. It can also be exciting, fun, heartening, rewarding – and successful. We do it because we want to make a difference, in the spirit of ancient democratic principles hard fought even in modern times and societies, in reaction to incumbents’ perceived failings, and/or because we think it bestows power, status and wealth. It’s a tense process and it is always difficult to unseat an incumbent. The challenges are significant. Given the obstacles, I congratulate everyone who has put their names – and reputations, and often their nerves and personal finances, on the line.

But the challenges of running in an election are nothing compared with the endurance and fortitude required to maintain idealism and to effect change in political office.
So while candidates around the country will be now recovering from victory or defeat, the real work lies ahead. They now have to deliver on their promises, meet the demands and expectations of people who didn’t vote for them, as well as those who did. They have to be all things to all people, and to all sectors. They have mountains of reading to do, often droll all-day and late-night meetings to attend, pay that often fails to match the scope of the job, and the vagaries of social media which requires full public self-promotion and the risks of inauthenticity, and abuse.

But most challenging of all, is the mismatch between the impressions of power bestowed with public office, and where the power really lies. Politicians come and go, but the ‘scope of the possible’ is informed by power relations that are more immutable. Bureaucracy has its own inertia and timeframes; it’s conservative, it can expediate or thwart political intentions. It can delay, obfuscate or empower through important agenda setting devices and budget allocations.

The structure of Auckland Council with its ‘Council Controlled Organisations’ (CCO’s) makes the exercise of elected representative power, even more difficult than most. The CCO’s have their own mandates and agendas, their own bureaucracies (which duplicate Council costs), their own flash offices, their own imperatives.

The bonuses paid to Panuku’s staff have come under fire – rightly so. Paying performance bonuses on top of exorbitant salaries was ‘justified’ by Adrienne Young-Cooper, Panuku’s Chair and “professional company director”, herself paid $71,000 for attending six meetings, because staff achieved key ‘gateways’ including a budget surplus, funding for projects in Council’s 10-year budget, the development of key council properties and selling ‘surplus’ Council land. Let’s remember that Panuku’s are highly political decisions – what’s ‘surplus land’ to Panuku is often highly valued open space to communities, whether they be streamside informal parkland in Glen Eden, marinas and associated spaces in Gulf Harbour and Westpark, or community market spaces and carparks in Takapuna. Then there was the questionable deal where the central city heritage Civic building on 5000m2 was sold to a developer for only $3million in a decision described as ‘scandalous’ by long-time (and maybe now deposed) Councillor Mike Lee.

Before the election in response to media attention, Mayor Phil Goff said he wanted the practice of paying bonuses to Panuku staff to end, and would ask staff to provide legal advice to see if and how it could be stopped. Good luck with that. While the payment of monstrous salaries to CCO staff is exacerbated by the payment of bonuses when they are simply doing their job, a questionable job at that, the corporatized model leaves little power in the hands of elected representatives, and little accountability. Not only is the Panuku practice of paying bonuses wrong, but the CCO model is a thwart to democracy, equality and justice too.

In only September this year, the final stage of implementation of Auckland Council’s Living Wage strategy came into force. RNZ reported, without irony, that the decision ensured that now “all council staff earn enough to support themselves and their families”. The lowest paid Council employees now earn the underwhelming $21.15 an hour. Calculated at an hourly rate to simplify things, at 40 hours a week, Panuku’s Chief Executive earned about $308 an hour. Phil Goff said he’d extend the Living Wage to all contract Council cleaners if re-elected.

So while the democratic principle of one (adult) person, one vote gives us the semblance of equal access to power, that power and wealth remain inaccessible and unjustly distributed, and no-one’s even talking about deconstructing the CCO system that castrates politicians, dwarfs their income, undermines their accountability to their voters, and short changes the workers on the ground.