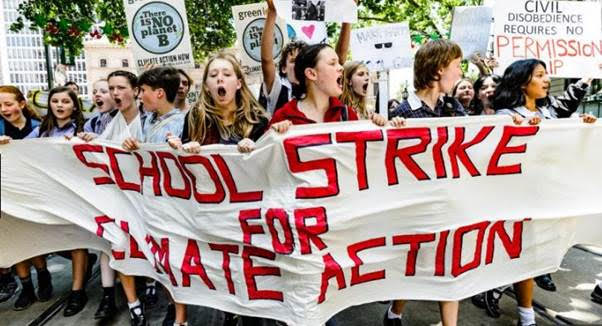 “I STUFFED THEIR MOUTHS WITH GOLD.” So said the Labour politician responsible for creating Britain’s iconic National Health Service (NHS). Aneurin Bevan had been asked to explain how he had managed to silence the British Medical Association’s (BMA) fierce opposition to the keystone of the Labour Government’s socialist programme – and that was his reply. Jacinda Ardern and James Shaw could do a lot worse than be guided by Bevan’s example – especially since New Zealand’s farmers appear to value nothing so much as cash.

The great problem with New Zealand’s current crop of Labour leaders is that most of them would have no idea who Aneurin Bevan was – let alone what he said. Some of them might be able to quote Tony Blair and/or Peter Mandelson (Blair’s equivalent of Boris Johnson’s Dominic Cummings) but the exploits of Clem Attlee’s Labour Government (1945-1951) would likely be dismissed as the irrelevant echoes of the naïve “Clause 4” labourism that Blair’s New Labour replaced. It’s why they have so little to say about Jeremy Corbyn. Ardern and her closest allies, Grant Robertson and Chris Hipkins, regard the British Labour leader as a throwback to the failed left-wing politics of the past.

It’s a pity, because Labour politicians like Attlee and Bevan understood that implementing a “transformative” economic and social programme would require the kind of ruthless pragmatism that only the possession of deeply held beliefs can sanction. Bevan understood that if he insisted on getting everything that he wanted he would likely end up with nothing. To secure his beloved NHS he would have to compromise. When the BMA threatened strike action, he simply made it worth the doctors’ while to accept the NHS. He “stuffed their mouths with gold”.

A progressive New Zealand government determined to do its part in the global battle against Climate Change would have proceeded from the assumption that, unless they were generously rewarded for doing so, the farming community would strenuously resist any and all attempts to draw them into the fight. It has been a constant of New Zealand political history that resistance to progressive change has always been led by organisations composed of, or beholden to, farmers. Ardern and Shaw should have taken that as a given – and framed their policies accordingly. The historical precedent was right there before them in the guaranteed prices scheme that had bound the farming sector to the new social-democratic order set in place by New Zealand’s first Labour government (1935-1949).

The closer each farm comes to meeting the Government’s targets for greenhouse gas reduction, the more certain it should be of receiving financial rewards from the state. Think of it as an environmentally targeted variant of the US policy which artificially keeps agricultural prices high by paying farmers to keep some of their fields uncultivated. Cleaning up the nation’s waterways could be achieved by a similar policy of rewarding, rather than punishing, farmers for their behaviour. By stuffing their pockets with cash.

As things now stand, the Coalition faces a simmering rural revolt. Farmers are convinced that they are being made the scapegoats for New Zealand’s failure to come to grips effectively with Climate Change. They are in no mood to co-operate with anyone except Federated Farmers and the National Party.

Labour’s coalition partner, NZ First is terrified of this incipient rebellion – rightly concluding that if the party is perceived to be siding with the Reds and the Greens, then it will be wiped out in next year’s general election. This fear predisposes them towards delaying, if not actively sabotaging, the already flawed policies cobbled together by Labour and The Greens. To make matters worse, both Federated Farmers and the National Party are well aware of NZ First’s rising political panic and are feeding it at every given opportunity. As a result, the Coalition’s policies on Climate Change are in danger of being reduced to incoherent and ineffectual nonsense. James Shaw is already being made to look like an inept fool, and Jacinda Ardern’s commitment to make Climate Change her generation’s nuclear-free moment is about to be tossed onto the growing pile of Labour’s broken promises.

It’s a sad end to what could have been a much happier story. New Zealand’s only hope of making any kind of difference to the unfolding horror story that is Climate Change lies in showing the rest of the world what can be done. Our 0.17 percent contribution to the global total of greenhouse gas emissions is much too small to attract the attention of those whose eyes remain fixed on the relentlessly rising contributions of the USA and China. But an unequivocal success story: the achievement of a small nation that found a way to rapidly and equitably reduce its carbon emissions and clean up its waterways; that just might inspire other nations to direct their gaze southward. And with Jacinda selling the story, in all the ways David Lange was prevented from selling New Zealand’s nuclear-free policy back in the 1980s, who knows how many nations might end up tagging along behind the Kiwi Pied-Piper?

The saddest aspect of the week just past is that Greta Thunberg’s incandescent address to the Climate Summit in New York was not seconded by New Zealand’s Prime Minister with a story of real and entirely imitable success. A Prime Minister who could respond to Greta’s righteous wrath with words of hope. Who could say to the youth of the world: “Do not despair, all is not lost, we have found a way. Come to our little country at the bottom of the world and we will show you how to dramatically reduce a country’s carbon emissions in record time. We will help you to become the global disciples of ‘enough’; youthful ambassadors for a world that only awaits those with the courage to make it.”

New Zealand was once known as the social laboratory of the world; why should it not turn itself into the planet’s climate laboratory? Directing our energy outward is the only viable survival strategy available to New Zealanders. There are no walls that we could possibly hope to build, high enough to keep us safe.

As for how best to deal with the enemies of a sustainable future: can we not be guided by Aneurin Bevan? If paying people to do the right thing prevents them from doing the wrong thing – then isn’t that money well spent?