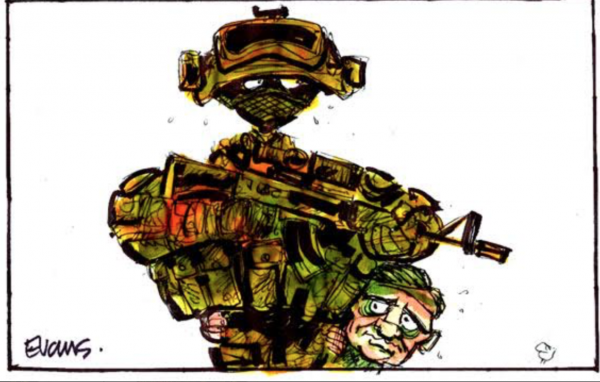 Last week, the SIS & GCSB were able to get away with CIA renditioned torture by pretending they weren’t aware after the Abu Ghraib scandal was covered by every major media outlet in the West.

Yesterday, the NZDF made claims defending their war crime act of killing civilians in a way so ridiculous, you feel a child came up with their defence.

Now just think about that for a second.

The NZDF are claiming that the reason they hid, covered up and lied about civilian deaths during their revenge attack was because e heavily redacted ISAF report was all they had.

The ISAF defence is meaningless. The NZDF are part of the ISAF force and they formed the basis of the ISAF report!

Don’t forget, the SAS were under direct orders from the NZDF, they would have written reports for internal military records, the NZDF KNEW that the SAS forces moved from house to house and would have seen the bodies of the dead civilians, they would have reported this in internal NZDF reports!

The NZDF can’t hold up a redacted ISAF report and claim that was the only record they had, they would have had internal reports that told them exactly what happened but because the ISAF report was the only public statement, they hid behind that on purpose!

Don’t forget, while stating they found no insurgents, they would have seen the dead and dying civilians and instead of providing medical assistance, they left the battlefield, which is in of itself a breach of International Humanitarian Law.
If none of this was truly reported, then it’s because the NZDF was trying to cover up a massacre.

While NZ media has been held hostage by the Labour allegation scandal – a scandal now being challenged for its accuracy – the SIS & GCSB have gotten away with CIA renditioned torture while the NZDF was busted lying about war crimes, both stories have been eclipsed – welcome to NZ