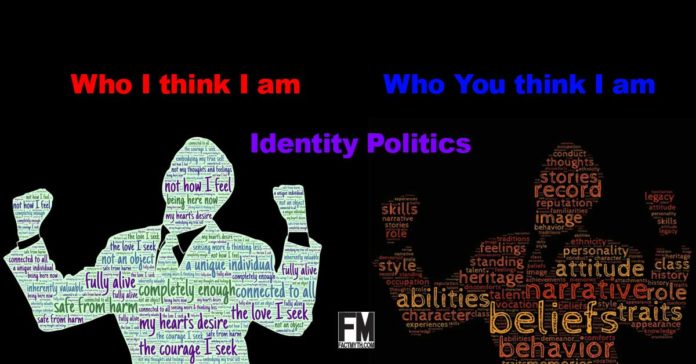 The Green Party has caused outrage and debate among its members by publishing an article criticising the party’s push for trans rights in its official magazine.

The article, written by long-time Green Party member Jill Abigail, appeared in the latest edition of party publication Te Awa and said some “older feminists” within the party were concerned the party was putting gender identity over the rights of biological women.

Abigail was particularly critical of MP Jan Logie’s comments in a previous issue that: “We continue to push for progress on LGBTQI+ freedoms, and resist the backlash that’s trying to undermine our trans and gender diverse whanau and roll back their hard-won rights”.

“I am a lesbian, supposedly under their umbrella, but I am part of the backlash,” Abigail wrote.

She said while trans people were vulnerable and “justly” claiming their right to equal treatment, the free speech of those who opposed “male-bodied trans women” entering “female-only spaces” was being shut down with accusations of hate speech.

The article was taken down after about a week, following a series of complaints by members.

Online, various party members described the article as transphobic and some have gone as far as to call it hate speech.

I read Jill Abigail’s column in Te Awa when it first came out a couple of weeks ago and I was pleasantly surprised that the Greens had the maturity to publish a critical opinion of one of the alienating middle class woke mantras and that it was a break through in a pure temple culture war.

How silly I was.

Instead of respecting a difference of opinion and allowing the debate, the Green Leadership along with an online woke social media lynch mob threatened the independent editorship of Te Awa and forced them to remove the opinion piece because it was supposedly ‘hate speech’ against the Trans community.

Instead of breaking free from the intellectual self censorship that is puritan Millennial micro-aggression policing Identity Politics culture,  the Greens doubled down and just forced the opinion piece off a platform that is supposedly editorially independent of the Party.

Imagine the backlash that would occur if that was done by any other political party?

The Greens are receiving a get out of jail free pass on this because many of the Millennials staffing newsrooms agree with the self censorship in part because they are terrified of questioning any element of the trans mantra as well. They are all aware that Wellington Twitteratti have set up secret Facebook pages that list any media person or gender critical activist as a TERF and they actively engage to ensure those people are blacklisted from jobs.

For the record, I’m kinda old fashioned when it comes to this issue. I believe the journey to be comfortable in your own skin is one of the most sacred paths of the human experience. To my mind the idea that there is a range of gender within the spectrum of humanity, that there are men trapped inside womens bodies, women trapped inside mens bodies, people who feel both genders and some who feel none, is as uncontroversial as the range of skin, hair or eye colour.

For my part I have no issue with any trans person sharing private space with me, and I believe the discrimination against their community is appalling.

However. As a white heteronormative cis-male, I also believe you can’t force women to accept Transwomen into their spaces. Telling women who they must and must not include in the spaces they have fought for seems utterly contrary to respecting feminism.

Apparently that position makes me transphobic.

I believe the debate has become so feral and so vicious online that people are now too frightened to have an opinion on the issue in case they are attacked by Green activists on a woke rampage.

This is ultimately a political danger to the Greens.  This is Jill Abigail’s column, and 90% of NZers reading her column would see a very reasonable, very balanced discussion critical of some of the claims being made by Gender Binary activists and their Fourth Wave feminist enablers. The shock wave comes when that 90% hear that Green activists online are claiming this is an example of hate speech, because Abigail’s column may be many things,  but hate speech it is not.

That 90% will look at what the Greens are claiming is hate speech and recoil at the low, low, low threshold the Greens are setting that standard at. With debate over Hate speech due before the election, the looming danger is the Green Woke Activists will alienate just enough voters to sink under 5% without ever recognising that they are the ones who will end the Party.

The Leadership are held hostage by this clique and have only managed to empower these activists by demanding the removal of the opinion piece.

Meanwhile the planet is melting and the Greens are once again tripping over their own virtue signalling.