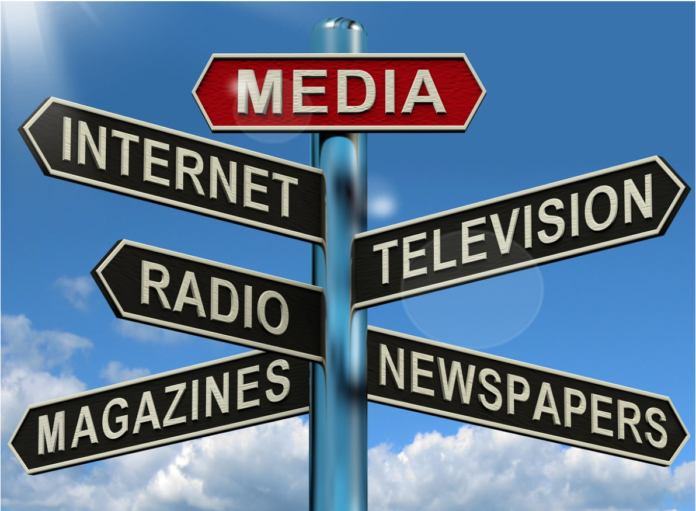 It’s not often that it happens, but every so often one will stumble across examples of journalism that probes deeper than the immediacy of the here-and-now, and actually takes a step back in very recent history to put political events and utterances into context.

National’s desperation to remain relevant involves a two-pronged strategy to promote Simon Bridges as Prime-Minister-in-waiting and to portray the current coalition government as tax-and-spend and wasteful with our tax-dollars.

With Mr Bridges at 6% in the polls, the first of National’s strategy is stuck firmly in a political mire. The public do not seem to like and/or trust the current National leader. His constant barking-at-every-passing-car and relentless negativity (without proposing alternative solutions) is problematic and his hyper-critical, carping style is a major turn-off with voters.

The second prong of National’s grand strategy – to throw as much mud as possible at every part of the Coalition’s activities – continues at full-throttle. It’s success is yet to be determined.

National’s current attack focuses on  petrol prices, with the Opposition and it’s leader blaming the Coalition for high fuel prices. This despite Gull NZ’s general manager, Dave Bodger, stating that lack of competition was the deciding factor in fuel pricing, not government taxes;

“That restricts the supply, which inflates the price, especially if you look in parts of the South Island and areas where there’s not as great competition; the consumer is paying a lot more than they are in other places.”

“Our preliminary findings suggest that many fuel companies are earning returns on investment that are higher than what we would consider a reasonable return to be.”

Those facts did not prevent National from issuing countless press statements and bombarding social media to smear the Coalition as culpable for high petrol prices;

“I agree with Jacinda Ardern that New Zealanders are being fleeced, but the reality of this is the biggest fleecer isn’t the petrol companies, it’s Jacinda Ardern and her Government. Jacinda Ardern is the fleecer-in-chief.”

But then, Mr Cooke, took a further step. He delved into the past and with a few clicks of research, offered readers some further salient facts;

He said fuel taxes were rising by 24c over this Government’s term, compared to just 17c over nine years of National. But this figure included the 11.5c Regional Fuel Tax which is only charged in Auckland – where fuel is typically cheaper than other parts of the country – and did not include the GST rise his Government brought in.

National raised fuel taxes six times over nine years in Government, raising the price by 17c in total. The National Government also increased GST from 12.5 to 15 per cent.

The Labour Government has raised the excise by 7c so far this term and will raise it by another 3.5c in July next year.

Which helps put current fuel excise rises into some context, when a journalist reminds readers that National was not averse to doing precisely what it self-righteously condemns the Coalition government for doing.

Not forgetting that as well as raising GST (despite promising not to do so), National’s tax-grab reached deep into the pockets of newspaper boys and girls, in a desperate effort to balance their books and make up for billions of dollars squandered in two tax cuts.

Asked if he would cut excise taxes if elected he was non-commital, saying he would need to have a better look at the books when coming to Government.

He stood by the general user-pay system in transport, whereby fuel taxes fund major new roading infrastructure, rather than the general tax take.

The public’s collective eye-rolling at Mr Bridges’ “bob-each-way” explains why he is on 6% in the polls. This is not a politician who “means what he says, and says what he means”.

On Checkpoint, on 21 August, Mr McCulloch  presented listeners with a refresher course in recent political history;

“By the end of it’s three year term, the [Coalition] government will have put up petrol taxes by ten and a half cents, not including the eleven and a half cent regional fuel tax in Auckland.

When National was in charge it put up taxes by seventeen cents, but over a much longer nine year period. But National also increased GST from 12.5% to 15.”

Mediaworks/Newshub had also pointed out the same hypocrisy from Nation, but a few months earlier. Dan Satherley and Lisette Reymer reported in early July;

Between 2008 and 2017 National raised petrol taxes six times, usually by 3c – Simon Bridges was Transport Minister for three of those years. They also increased GST from 12.5 to 15 percent.

But more conspicuously, despite considerable media exposure; spending considerable effort and money on wide-reaching social media propagandising, aside from the Auckland regional fuel tax,  National leader Simon Bridges has refused to state if he would repeal the Coalition’s fuel tax excise increases;

“Right now, in the Transport Budget, they have dramatic underspends. I wouldn’t put the [taxes] on, my inclination would be to not have them, but if you are already there and they are already there, there is no way I am putting more on.”

That’s because last year, Mediaworks/Newshub pointed out that National and Labour have both increased fuel excise taxes by almost the same amount. (Though it is unclear from  the infograph below if Mediaworks/Newshub have factored in National’s GST increase in 2010.)

It’s a fair bet that National will not be using the above infographic in any of their attack ads. Too close to the inconvenient truth for one thing.

It’s also a fair bet that National will retain the Coalition’s excise fuel tax increases; add a few of their own; and then offer a “neutral tax switch”. That’s because National believes in user-pays for most, if not all government services. In 2014 the NZ Labour Party kindly put together a list of just some of those government service fees increases;

Whether fees for DoC huts and tracks, the Family Courts, ACC, roading, etc, National has never been averse to loading costs of those services onto individual users – whilst then cutting income taxes.

We can expect more of the same from National should they be returned to power.

In the meantime, kudos to Henry Cooke, Craig McCulloch, and other journalists, for  delving into National’s past track record on this issue. This is the sort of journalism the public rightly demand – not simply cutting-and-pasting Party press releases.

The media should now press Mr Bridges harder on this issue: will he repeal Labour’s fuel excise tax increases or not? It’s a simple enough question. After all, he was 100% adamant that National would scrap any Capital Gains Tax if it became government;

If Simon Bridges wanted the increased fuel excise taxes dumped, there is no reason on Earth why he wouldn’t commit. The fact is that National supports user-pays charges and their claims of being champions for “Kiwi battlers” is populist rubbish. National’s plans are blindingly obvious;

“We will not introduce any new taxes during our first term.”

The caveat, Ifs, Buts, and fine print underlying that statement should not be lost on anyone.

If the (current) Leader of the National Party cannot be straight up with voters as to what his intentions are (on any issue!), then he cannot be trusted to lead this country.

For Simon Bridges, the timer on his political career is counting – downward.

A bit embarrassing for National: fuel was more expensive during their term in office. New Zealanders cannot afford a National government it would appear.

Interesting to note that National’s spin doctors appear to have ‘borrowed from my “That was Then, This is Now” memes on which to base their own “What she said, What she did” propaganda;

But we’re all aware by now that National is not averse to ‘borrowing’  from other peoples’ creative efforts – without paying.

Fairfax/Stuff media: Jacinda Ardern says New Zealanders are being ripped off over petrol

Mediaworks/Newshub: Fuel tax hike – How much it might cost you

Mediaworks/Newshub: Fact check – Who taxed your petrol the most – Labour or National?

Fairfax/Stuff media: Intolerance fed by wrong and hateful assumptions is all the rage right now

That was Then, This is Now #28 – John Key on transparency

Simon Bridges: “No ifs, no buts, no caveats, I will repeal this CGT