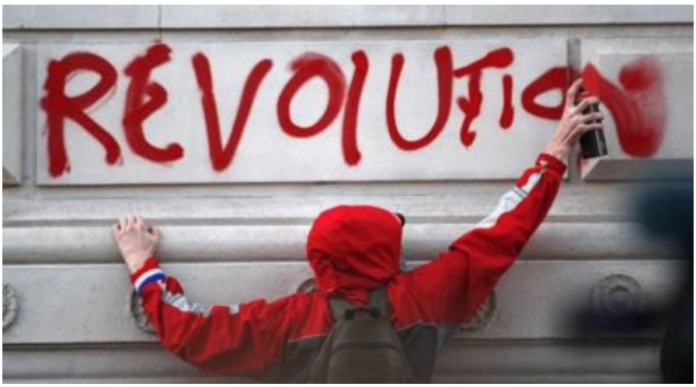 REVOLUTIONS ONLY SUCCEED when the societies in which they occur possess the means to sustain them. If David Lange and Roger Douglas had attempted to build neoliberalism in one country they would have failed. The success of Rogernomics was due entirely to the readiness of the rest of the capitalist world to support it. The latter had long since outgrown the political and economic constraints of the post-war period and its patience with the politicians and civil servants who attempted to preserve its regulatory framework was at an end. Capitalism was demanding a new style of political and bureaucratic leadership, and all around the world it got it.

Forty years later, Capitalism is in urgent need of new leadership. The neoliberal model, tested in Chile between 1974 and 1978, and then rolled out in the UK and the USA between 1979 and 1985, has failed to generate the broadly shared wealth Capitalism requires if it is to remain politically sustainable. The concentration of global resources in fewer and fewer hands is laying the groundwork for a massive social explosion. Not wishing to endure such a catastrophe, intelligent capitalists are once again in the market for a new breed of politician and bureaucrat: decision-makers more tuned-in to the new music of a post-neoliberal age. Unfortunately, the capitalists are not finding them.

Instead, the key institutions of the world’s most powerful states are stuffed full with individuals who either made their reputations in the early, ‘heroic’, phases of the Neoliberal Revolution, or, were inducted into its core principles at their feet. These people are completely deaf to the new music of post-neoliberalism. Indeed, the very idea that there might be some other – better – way to run a modern capitalist economy strikes them as being both ludicrous and dangerous. In such a hostile environment, the expression of new and unorthodox ideas is severely career-limiting.

As Bernard Hickey points out in his latest, brilliant, posting on Newsroom,  New Zealand presents a classic case of the irresistible forces of a looming economic crisis being confronted by the immovable objects of the Neoliberal Revolution.

As he puts it in what are undoubtedly the most compelling sentences of his posting:

“It’s dawning on us that Ardern and Robertson, who were schooled in the ninth floor offices of the Beehive by the grizzled veterans of the early 1990s (Helen Clark and Michael Cullen), are actually fiscal conservatives. They are not the progressive and transformational pair they led the electorate to believe they were in 2017 and that the rest of the world believes now.

“They are showing that by not helping their Reserve Bank Governor when he needs it most. And they are not alone. In Britain, Germany, France, Australia and America, politicians are either choosing not to invest (Germany, Canada, Australia and America) or cannot because they already have too much debt (Japan, France and Britain). New Zealand has no such debt fears. But it does have fearful politicians.”

Hickey argues that what the global economy most needs now is a massive international effort to recalibrate and rejuvenate capitalism. Without such an effort, there is a very real danger that capitalism will end up eating itself: that the rapid growth of inequality, and the pathological political behaviour it engenders, will trigger a succession of national crises as intractable as they are long-lasting. Crises serious enough to throw the future of globalisation, and all its works, into serious doubt.

At least as far as the Labour Party is concerned, Hickey is absolutely right. There does not appear to be anyone left within its ranks willing to suggest even a slight deviation from the narrow neoliberal path. Any party activist or backbench MP foolhardy enough to suggest policies requiring the sort of recalibration and rejuvenation alluded to in Hickey’s posting will set off reflexive eye-rolling on the part of Labour’s senior parliamentarians. Economically, socially, politically – Labour’s leaders are simply incapable of thinking outside the box. And even if, by some miracle, they did; the eye-rolling of their civil service advisers would swiftly persuade them to crawl back inside it.

The opportunity is there for the Greens to seize hold of the new revolutionary agenda which far-sighted capitalists are now willing to back. There are those who, having seen James Shaw in action in front of business audiences, wonder aloud whether he may be the politician to break New Zealand out of its neoliberal straightjacket. If they could be convinced that the rest of the Green caucus were able to see what Shaw sees, then support might be offered on an unprecedented scale.

The stakes in this game could not be higher. As Hickey makes clear, New Zealand is better placed than most to embark on a truly massive programme of national renovation. A visionary programme, he insists, spanning several decades, could easily attract international invesment in excess of $150 billion.

Redirecting the innovative energy of capitalism, away from its present malignant preoccupations and reorienting it towards the light, is this planet’s last, best hope. Were New Zealand to place itself at the head of such a project, and demonstrate its viability, then all those clichés about this country “punching above its weight” would receive their ultimate vindication. We would, once again, have become the “social laboratory of the world”.