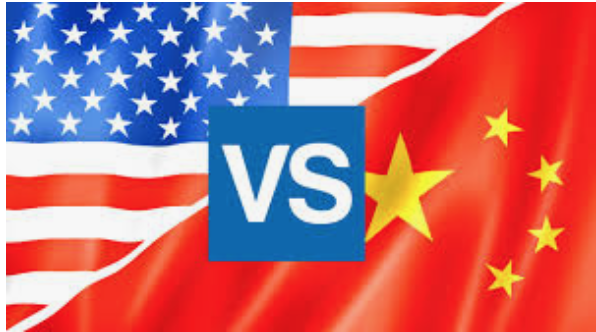 THE DEEPENING CONFLICT between the United States and China is rapidly reducing New Zealand’s room for diplomatic manoeuvre. The fleeting visit by America’s newly-minted Secretary of Defence, James Esper, only reinforced how tight things are getting in this part of the world. New Zealanders would be wise to draw a sharp lesson from the fact that Esper’s first trip as Defence Secretary was not to the United Kingdom or Europe – hitherto the United States most important allies – but to Australia and New Zealand. This is where the action is now.

We should also take note of the threatening language of Esper’s travelling companion, US Secretary of State, Mike Pompeo, who earlier this week told an Australian audience that the countries of the Asia-Pacific region needed to decide, and quickly, whether or not they intended to “sell their souls for a pile of soybeans, or protect their country.” When the man in charge of American diplomacy talks like this, it is hardly surprising to see stockmarkets plunging.

Pompeo and Esper are so rabid that even Scotty Morrison is running scared. When the Americans suggested that Australia, as part of the United States new “Indo-Pacific Strategy”, should consider stationing US-made long-range ballistic missiles in its Northern Territory, the Australian Prime Minister backed away from the suggestion as if it was an unexploded bomb. Which, diplomatically-speaking, is what it was!

From the perspective of Beijing, these latest eruptions of US rhetorical aggression are being interpreted as proof of its intention to impose upon the Peoples Republic the same “Policy of Containment” that the post-war Truman Administration imposed on the Soviet Union. The US military’s Indo-Pacific Strategy intends to ring China with enemies while simultaneously weakening its economy, disrupting its diplomatic relationships, and sowing discord among its huge and increasingly restive population.

While the Western media covers the Hong Kong protests sympathetically, those pledged to preserve China’s national security are watching these events unfold with growing alarm. Their strengthening ties with the Russian Federation will, almost certainly, be manifesting themselves in an ongoing dialogue about the true nature of what is unfolding on the streets of the former British colony. After all, the Russians have seen it all before.

On the streets of Belgrade, Tiblisi and Kiev, the Russians have observed the same mass protests. Spearheaded by young people demanding democracy. Pursuing objectives that shift and twist as they are constantly ratcheted upwards into radical demands that cannot be met within the existing political and/or constitutional constraints. Beginning peacefully, but intensifying into running street battles. Forcing the police to escalate the application of repressive force – often to the point of tragedy. Such were the “Colour Revolutions” that toppled the governments of Serbia, Georgia and the Ukraine. All of them, according to the spooks in Moscow, “Made in the USA”.

The parallels with the Hong Kong protests are remarkable, and they will certainly not have escaped the notice of China’s national security apparatus. Obviously, the Hong Kong unrest will not bring down the Chinese Government, but if this “Black Revolution” is indeed the work of the same colour revolutionaries that detached Russia’s satellites, then downfall is unlikely to be the objective. Forcing the deployment of the Peoples Liberation Army, with all its attendant potential for human, diplomatic and financial disaster, may be the real goal. And with every passing day, that eventuality becomes more and more likely.

The loss of Hong Kong as a world financial and transportation hub would severely damage the Chinese economy at a time when it is already fragile. Overloaded with debt; beset by Trump’s tariffs; restrained by diminishing global demand; China’s economy could be sent reeling by even a temporary Hong Kong lock-down. Knowing that the United States would not hesitate to rub salt into such an open economic wound will only be making the Chinese authorities even more paranoid.

Such, then, is the diplomatic context in which New Zealand is being forced to operate. The United States expects us to play a full and active role (alongside the Australians) in prosecuting its new Indo-Pacific Strategy. The Chinese would prefer us to join in their “One Belt, One Road” global enterprise – as befits a nation so dependant on the Chinese economy for its prosperity.

New Zealand’s Prime Minister, Jacinda Ardern, has worked tirelessly to remain on good terms with both the Eagle and the Dragon. The relationship between Beijing and Wellington, which underwent a sudden deterioration in the opening weeks of 2019 had, thanks to the PM’s patient diplomacy, been restored to a state of reasonably good health. Sadly, a great deal of that good work has been undone by her maverick foreign minister, Winston Peters.

The Chinese watch Peters very closely, especially when he is in the company of powerful Americans. They have noted the hawkish content of his speeches – especially those delivered on American soil. Likewise his sudden adoption of the term ‘Indo-Pacific’ in preference to ‘Asia-Pacific’. The latter term speaks of a New Zealand content to play a modest but constructive role in its immediate geopolitical neighbourhood. ‘Indo-Pacific’, by contrast, represents a vow of fealty to the United States and its new policy of ‘containing’ the Peoples Republic.

One can readily imagine Beijing’s reaction when news of Peters’ private dinner-party with Secretary of Defence Esper reached Chinese ears. It is rare indeed for an American Cabinet Minister to dine alone with a leading New Zealand politician at his private residence. One can only guess as to the identity of the caterers, and at what might have been included on the menu. If there are any flies in the service of Chinese Intelligence, then you may be sure that at least one of them was on the wall of Peters’ home in Auckland’s St Mary’s Bay on Monday night.

And if Jacinda has any bugs she can trust, then it is to be hoped that they were also listening to the Esper-Peters tête-à-tête. Forewarned is forearmed, they say. Except, they don’t usually say it about the actions of people on your own side.