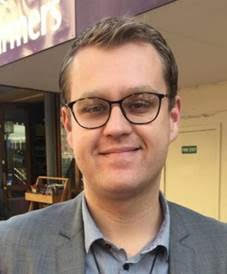 THE DEPARTURE of Jack McDonald from the Greens is meaningful – but probably not in the way he intended. In all likelihood he resigned from the Co-Policy Convenor’s role in hopes of sending the electorate a clear message about the state of the party. According to McDonald, the Greens’ Male Co-Leader, James Shaw, has allowed – or is it encouraged – the party to become overly “centrist”. The clear implication being that centrism is a very bad thing indeed.

Let’s unpick McDonald’s gesture, to find out what it really means.

The first thing to note is that McDonald acted alone. What happened over the weekend was not the emergence of a young firebrand leader; spokesperson for a significant chunk of the Green Party membership; someone who had chosen the party’s AGM to announce the rebellion of the Greens’ heart and soul.

I was reminded of the lines from the old union song, “Solidarity Forever”:

When the people’s inspiration

Through the workers’ blood shall run

Can there be a power greater

Anywhere beneath the sun?

For, oh, what strength is weaker

Than the feeble strength of one?

When the union makes us strong.

Whatever Jack McDonald thinks he has done, it will have very little influence over the political future of the Greens. A single individual operating in the world of politics can, very occasionally, influence the course of events, but only insofar as he or she is able to influence others. The most effective way to do that is through the communication of ideas. If a single individual can put into words what hundreds, perhaps thousands, of others are feeling, then that person can become a powerful agent for change. But, even if McDonald’s denunciation of Shaw as overly centrist, reflects the feelings of many rank-and-file Greens; by walking away from the party, he has made change harder, not easier, to achieve. His gesture, far from being a call-to-arms, looks more like a parting shot.

As such it is, sadly, reflective of the way so many Greens operate. Overwhelmingly, the Green Party of 2019 is composed of individualists: people who have joined the party on the basis of personal belief – born of intellectual conviction – rather than from any sense that the Green Party is about the realisation of crucial collective goals.

This was not always the case. In the early days of the movement, many Greens felt keenly the pull of collectivism. They saw themselves as belonging to a special minority of human-beings who “got” what was happening to the world. They truly believed that the future of planet depended upon the actions of this crucial “Green” collectivity.

How could activists who believed themselves to be involved in a mission of such existential importance, ever walk away from their party – alone?

The other, more narrowly political, lesson to be drawn from McDonald’s departure is how thoroughly the policy-making process of the Greens has been taken over by the activists based in Parliament.

Don’t forget, McDonald was the Male Co-Convenor of the body constitutionally empowered to assemble and refine party policy. As such he was superbly placed (at least on paper) to ensure that the party’s policies kept to a true Green course. Bluntly, if the party was veering-off in an unsanctioned “centrist” direction, then that could only be for one of two reasons. Either, McDonald wasn’t strong enough to keep the Green caucus from corrupting the party line: or, the Green MPs were more than strong enough to convince the party that the “centre” is exactly where it should be.

Whichever explanation is correct, it points to a party which has become captive to the judgements of its parliamentary team.

Nothing could better confirm this capture than the decision of those organising the Green AGM to exclude the news media from all but a couple of set-piece speeches. No political party still worthy of the name would permit itself to be so ruthlessly marginalised. On the contrary, it would insist that the media – as the eyes and ears of the public – be permitted to report all of the policy sessions. It would know that shutting the media out of such discussions betrays a fundamental misunderstanding of the role political parties play in a functioning democracy.

There’s a reason why the Electoral Commission requires parties to have a minimum of 500 members and a democratic constitution. If this were not the case, then parties could very easily become vehicles for individuals and interests whose true purposes remained entirely hidden from the voting public. Open media access to the deliberations of a registered political party is the public’s best guarantee that they are not being duped. That when they vote for “x”, they do not end up getting “y”.

It is shameful that the New Zealand news media does not point-blank refuse to cover conferences from whose deliberations it has been excluded. Even more worrying, however, is when political journalists themselves make the case for keeping the media out.

The raw energy and even more inflamed emotions on display at the 2012 Labour Party Conference are regularly advanced in defence of imposing comprehensive media bans. Effectively, the journalists who take this position are saying: “You’re right to keep us out. If you let us in we’d only tell the public what was happening – and that would be politically stupid.”

The level of cynicism at play here is frightening. Indeed, it is difficult to conceive of any better proof that our supposedly democratic parties, and our supposedly free and independent news media, are jointly engaged in a conspiracy to keep the electorate as ignorant of politics as possible.

These, then, are the factors that explain why Mr McDonald’s departure is so lacking in political significance.

That McDonald did none of these things; and that the Greens did not feel sufficiently threatened by his actions to expose their deliberations to more thorough media scrutiny; are stories filled with meaning.

None of it good.