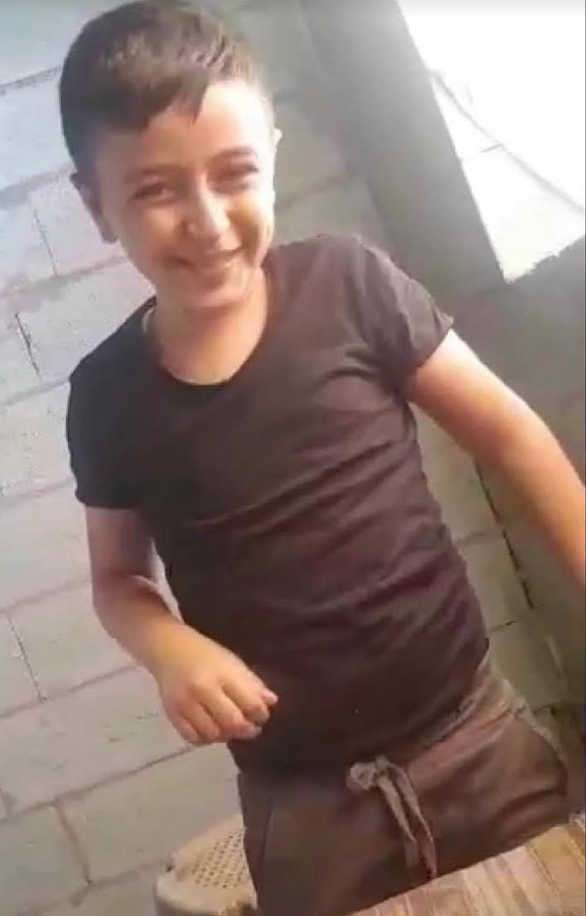 This time it was a 9-year old boy, Abdul Rahman Shteiwi. It happened, not in Gaza this time,  but in a West Bank Palestinian village.

The situation in Gaza is so horrific, that the UN reports that it will be ‘uninhabitable’ by 2020. Yet  Palestinians are facing survival challenges in the West Bank too.

You may have seen the film Five Broken Cameras. That took place in the village called Bil’in, where weekly demonstrations are held to protest the theft of land and water.  You may have heard of Nabi Saleh where a teenaged girl was arrested after angrily slapping a soldier, after soldiers had shot her cousin in the head.

Protests are always met with  violence.

Abdul’s village is called Kafr Qaddam. The people have been holding weekly non-violent marches since 2011. Kafr Qaddam lies 13 km west of the main Palestinian town, Nablus. Ottoman documents record that the villagers paid taxes as early as 1600. Census under the British mandate registered the population of the village, as well as, the area of land under  village control. After 1948, the villagers found themselves under Jordanian rule. Since the Six-Day War in 1967, Kafr Qaddum has been under Israeli occupation.

As has happened in so many other  Palestinaian communities, the Israelis confiscated private Palestinian land, handing it over to illegal Jewish-only settlements. By ‘illegal’   I mean what has been defined in international law but, in practice, is freely flouted by the Israelis.

Israelis continue to make life more and more oppressive. In 2003 the military closed the main entrance to the village with a permanent roadblock. They even erected a permanent mound one kilometre before the roadblock. The villagers, now  prohibited from driving, have to struggle on foot, carrying everything including harvested crops, to reach their own farmlands. A journey to Nablus has turned into a long walk.

Since 2011, the villagers have held weekly rallies demanding their road back.

On Friday, July 12, at around 1:15pm some 200 to 300 protesters headed out from the village centre, toward the blocked-off road.  Some dozen IDF soldiers appeared, spread among olive trees. Soldiers fired rubber-coated metal bullets and stun grenades; young protestors set fire to tyres and threw stones.

But after about 20 minutes,  the usual ‘weekly ritual’ became more confrontational. Although none of the soldiers was in danger, they  switched to live ammunition, automatic fire. The protest leaders called on the youth to pull back. Yet even while they were  dispersing, the IDF continued to fire.

Abdul Rahman Shteiwi, nine year old, was sitting in front of a friend’s house,  away from the main demonstration. An IDF sniper, 100 metres away, on a hill, took aim at the child and shot him  in the head.

The child was rushed to a hospital in Nablus.

The chief surgeon  reported that the bullet expanded in Abdul’s head , leaving some 70 to 100 bullet fragments in his brain.

The doctor and the villagers fear that this is a new and nasty type of ammnition.

So why do they do it? Why do IDF soldiers fire live ammunition at unarmed youths?

Why would a highly skilled IDF sniper fire live bullets at Palestinians? Even at a child, in the head?

A better question would be , why does the West, the so-called ‘free world’, look the other way?

I’m pleading with readers to help this story reach media outlets,  religious leaders, and politicians. Then they can be challenged to speak out. Abdul’s story  can be found on a least 2 websites and an Israeli newspaper: mondoweiss.net and 972mag.com as well as Haaretz.

Too many children have been maimed or even killed already. Think of your own children, or nephews and nieces, or kids you see playing in the park.

Please spare a thought and even say a prayer for 9 year old Abdul Rahman Shteiwi.