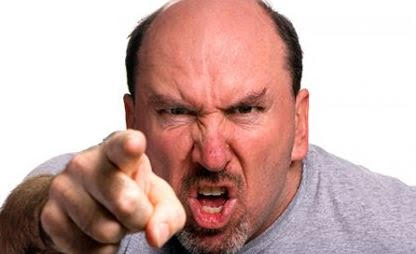 THE QUANTUM OF HATE abroad in a nation will determine the degree to which that nation succumbs to populist distempers. It’s a simple calculation: the more hate there is, the more raw material the populists have to work with, and the more hate they can make. It stands to reason, therefore, that the more manifestations of love there are in a nation’s politics, the stronger its defence against populism.

Nowhere was the truth of that proposition more dramatically demonstrated than in the aftermath of the 15 March Christchurch Shootings. The New Zealand Prime Minister, Jacinda Ardern’s, political articulation and personal demonstration of the love that was owed to the victims of that attack, and to the Muslim community against which it was directed, astonished the world. It gave inspiration and direction to the New Zealand people on how best to respond to a tragedy of unprecedented horror. Tens-of-thousands followed her lead.

But not everybody. In the hours, days, weeks and months that followed the Christchurch Shootings, love was not the only emotion in play. Across the entire political spectrum, hate was also on the march. Those who shared the Christchurch Shooter’s twisted far-right philosophy revelled in his bloodstorm. On the left, too, hatred surged. Many leftists felt perversely vindicated by the attack. Had they not warned their fellow citizens that such genocidal fanaticism stalked New Zealand streets? Surely, now was the time to confront the racists and the fascists and the white supremacists head-on – and shut them down.

Thus, is the quantum of hate increased. Not by one side of the political divide acting alone, but by the heightened emotions of both the right and the left slamming headlong into one another. Fuelled by these mutual antagonisms, the bonfires of hate burn brighter and brighter.

Across the planet, no issue illustrates this process more vividly than immigration. In a recent Newsroom article on the persistent failure of the Office of Ethnic Communities to build a lasting relationship with the ethnic groups it was set up to serve, Laura Walters presented the reader with a very jarring set of statistics:

“The largest growing groups are from Asia, with Asian community members numbering just 48,000 people 30 years ago, and growing almost tenfold to 472,000 by 2013. That population is projected to reach more than 1.2 million in another 20 years.

“The 2013 Census also recorded a combined Asian and MELAA (Middle Eastern, Latin American and African) population of 519,000 people, representing 13 percent of the total population. The rapid growth in those populations has also had an impact on the size of New Zealand’s religious minority groups, particularly Islam and Hinduism.”

Regardless of whether one views immigration as a good thing or a bad thing, there can be no disputing its dramatic impact on the demographic profile of New Zealand society. The official motivation behind the decision to transition this country away from ethnic homogeneity and towards a multicultural society may have been profoundly progressive, but its potential political consequences have always been, and continue to be, extremely dangerous.

The sheer speed at which the character of New Zealand society has been transformed by this top-down demographic revolution was never sanctioned democratically. No politician or party ever asked the New Zealand electorate whether it was happy to see the size of its ethnic communities swell by a factor of 4. This absence of a democratic mandate not only lays the immigration “revolutionaries” open to bitter criticism, but also to outright political hostility and ideological rage.

Just how deep this political and ideological anger may run is a question many on the left of New Zealand politics would prefer to leave unanswered. They are not at all anxious to learn the scale of popular animosity towards immigrant communities. Hypothetically, what is the correct political response to a finding that upwards of two-thirds of “native” New Zealanders would prefer their government to revert to an immigration policy based upon preserving ethnic homogeneity?

To date, the answer appears to involve branding anyone suggesting such a course of action as racist and/or xenophobic. These are harsh rebukes. Few people are willing to risk being branded as either. Public accusations of racism and xenophobia are not something job applicants want a prospective employer discovering when their name is Googled. Such branding is particularly destructive of academic and political careers. This is important, since it turns those best equipped to contest New Zealand’s official immigration policies into the ones least likely to do so.

Only the NZ First Party has been willing to consistently challenge New Zealand’s multicultural immigration policy. The considerable electoral rewards which these challenges have netted Winston Peters, and the party he founded, have only reinforced the multiculturalists’ determination to do all they can to keep a serious review of immigration policy fundamentals off the agendas of all the Act, Green, Labour and National parties.

The Christchurch tragedy has rendered such a review all the more unlikely. It would be interpreted by the defenders of the status quo as a capitulation to the racism and xenophobia which the Christchurch Shooter took such obscene pride in representing. Indeed, the unintended legacy of the Shooter’s attack is precisely the opposite of what he intended: the elevation of multiculturalism to the status of New Zealand’s secular faith; with the image of Jacinda in a headscarf becoming its internationally celebrated icon.

So, Love is winning? For the moment it is. Yes.

But, beneath New Zealand’s multicultural surface, the unseen and unacknowledged generators of Hate continue to hum. There is a dreadful energy in Laura Walters’ statistics, especially in the projection that New Zealand’s Asian population will reach 1.2 million in just 20 years.

We read about the seemingly unrelated eruptions of racist violence on our nation’s streets, and decline to join the dots. Progressives try not to think about the angry men and women who continue to walk among them. And those on the left who do attempt to hinder their progress, only succeed in making them angrier.

When the quantum of hate reaches the lip of the vessel in which it is presently contained, and the nation’s most accomplished haters bend all their powers toward toppling it, then the resulting flood will see Love drown.