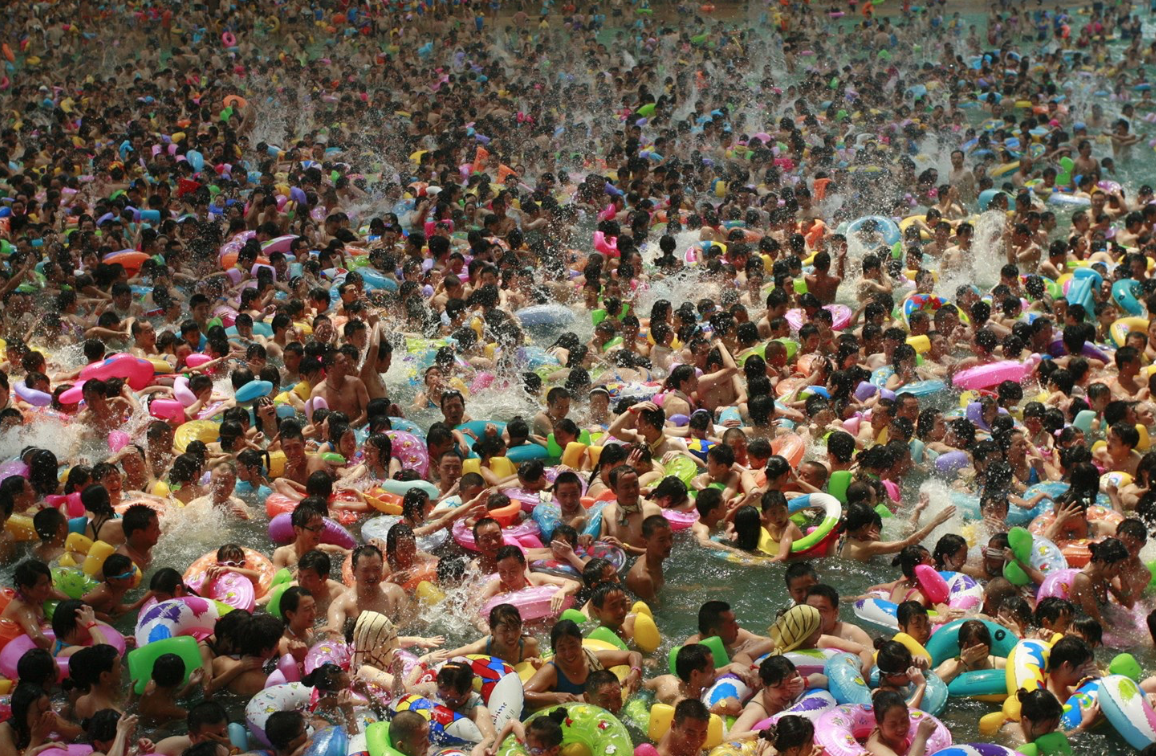 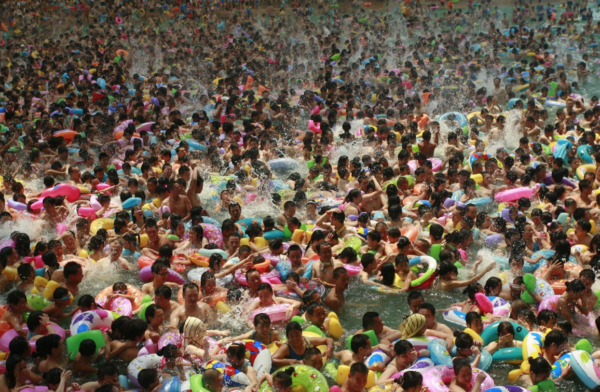 The population of the world has much more than doubled since 1960, 150% higher in fact.  Humans are breeding ourselves to extinction, even though the means not to have children has been available for over 50 years.

We are extinguishing the forests, the natural resources and all other species except those which we farm for food and products.  And yet we worship babies, and coo over them, and want families to be bigger and better. And babies are lovely, to be sure. There are just far too many of them.

Seven point five billion people.  You may say that we are not the problem, but all humans are the problem. The churches are particularly the problem, especially the Catholics opposing contraception as ‘intrinsically evil’ (what are you thinking, guys?) and the religious opposition to abortion.  The latest law from Alabama will almost completely ban abortion from November. This attitude that humans are somehow sacrosanct is part of the problem, not the solution!

Frankly, I am not so sure any more that the human animal is worth saving. We are greedy and self-centred, guided by beliefs that are often bizarre and think far too much of ourselves.  This is not our planet to destroy, people. Some believe that a technological solution, such as the colonisation of Mars, living forever in a large dome, is the answer. We may become like the rats of the universe, spreading ourselves out to the limits of our technology, our only purpose to reproduce and consume. Often it feels like we are there already.

The first step in a climate emergency model therefore needs to be a recognition that there are too many, far too many people on the planet.  There may not be too many in New Zealand yet, but we must play our part in reducing the global population. Everyone must, or we will just love our beautiful planet to death.

Thank goodness for the Chinese and the one child policy.  Yes it was flawed, and included far too much coercion, but we might by now have already reached the 8 billion human population without it.  What I want to see is not a hugely coercive policy, but an agreed position by church, state and all individuals that we have to start reducing the world’s human population if we are to save the environment, multiple species and, oh yes, the planet.

While people blather on about changing our practices and zero emissions and the like, at the heart of our problem is not our practices but our presence. The rise of white supremacy in Europe is largely about space, the fear of being overrun by the African diaspora.  The same with Donald Trump’s wall, too. The world is getting full and it will only get fuller, and it will not end well for us.

So I hereby announce my bold policy of one child only per woman.  It will take a while to take effect and would take a huge amount of effort in 250 languages to persuade people that it is our only hope for saving the world beyond this century. I don’t want to work through the details here, but let it just be said that my aim in general is that having more than one baby per woman should be socially unacceptable and seen as destructive.  Not that it should be criminalised, but that everyone would want to comply for the sake of the planet.

There is no need to do this by penalty or coercion.  Families should not be sanctioned, as they are currently in the UK, if they are on a benefit, if they have too many children.  Another human failing is that we tend pretty quickly to the punitive solution, and this is wrong too. No, the appeal must be to the good, the noble side of human nature, which we definitely have, a sense of personal responsibility.

One argument is that there will not be enough people to generate the wealth to look after the elderly, but surely technology will solve such problems now? In 100 years, the population would still be too high, but perhaps more manageable. Population is the elephant in the room in regard to saving the planet. If there are any elephants left, of course.

Note: Thanks to those of you who put me in contact with Kerry.  We had lunch and talked about children, drug abuse and the justice system.  It was good and we will stay in touch.