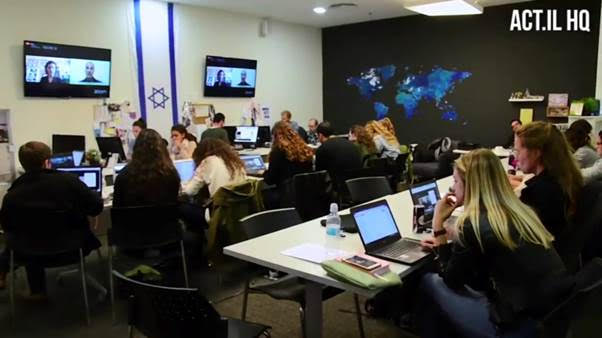 We have known for a long time that the Israeli government funds intensive online attacks against people who criticise their policies or express support for the BDS movement (Boycott, Divestment and Sanctions) against Israel or actively support the Palestinian struggle for human rights.

A person attacked in this way will find messages posted online calling them a “Nazi”, “anti-Semite”, “Jew-hater” etc and will typically feel shocked and overwhelmed.

Now we know the details of how this works.

In many cases these attacks will be from a single person using multiple on-line identities on behalf of an Israeli government funded group called ACT.IL

A leaked report obtained by Electronic Intifada last week gives details of ACT.IL and how it works.

ACT.IL boasts it has 15,000 “online volunteers” from 73 countries who use their app to perform online “missions” in exchange for “cool prizes” and “scholarships”.

ACT.IL says its goal is to “influence foreign publics” and “battle” BDS – the boycott, divestment and sanctions movement for Palestinian rights.

The ACT.IL app directs comments towards news websites in support of Israel and its policies, while attacking Palestinians and solidarity campaigners.

In the leaked report ACT.IL’s app boasts of completing 1,580 such “missions” every week.

As well as its Israeli headquarters in Herzliya (see photo), the report lists seven offices – which it calls “media rooms”. They are in the US – New Jersey, Boston, Philadelphia, Orange County, New York, Florida and a forthcoming one in Los Angeles. 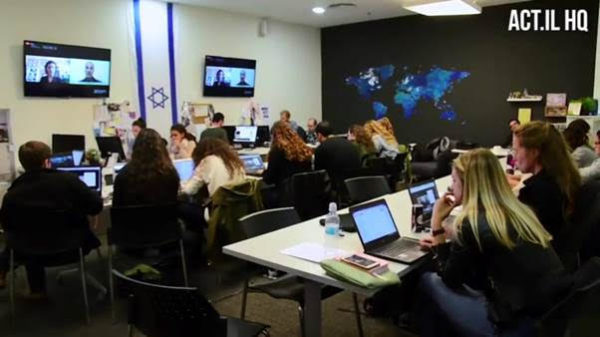 The ACT.IL tactic is based on the “trick” revealed by former Israeli Education Minister Shulamit Aloni.

In August 2002 she was interviewed on the radio and television program Democracy Now. When she was asked why people in the US were labelled anti-Semitic when they criticise Israel she said –

“Well, it’s a trick, we always use it. When from Europe somebody is criticizing Israel, then we bring up the Holocaust. When in this country (the US) people are criticizing Israel, then they are anti-Semitic…..it’s very easy to blame people who criticize certain acts of the Israeli government as anti-Semitic, and to bring up the Holocaust, and the suffering of the Jewish people, and that is to justify everything we do to the Palestinians.”

In New Zealand and other Western countries “the trick” is used to silence criticism of Israel.

Make sure you are not silenced.

Here is what to do if you get attacked online for opposing Israeli policies or supporting Palestinian rights.

Are you a troll for Act.IL on behalf of the Israeli propaganda machine? How much are you being paid to post this? Or are you in line for a “cool prize” or a “scholarship”? What’s your real identity and what country are you posting from? Are you posting from one of ACT.ILs media rooms? The one in Herzliya perhaps?

This association will be denied but you are making an important political statement to everyone reading the troll messages. You should insist on them answering the questions and, if you are unsure, revealing their identity before you engage.

Above all – don’t let these racist troll bullies get to you.