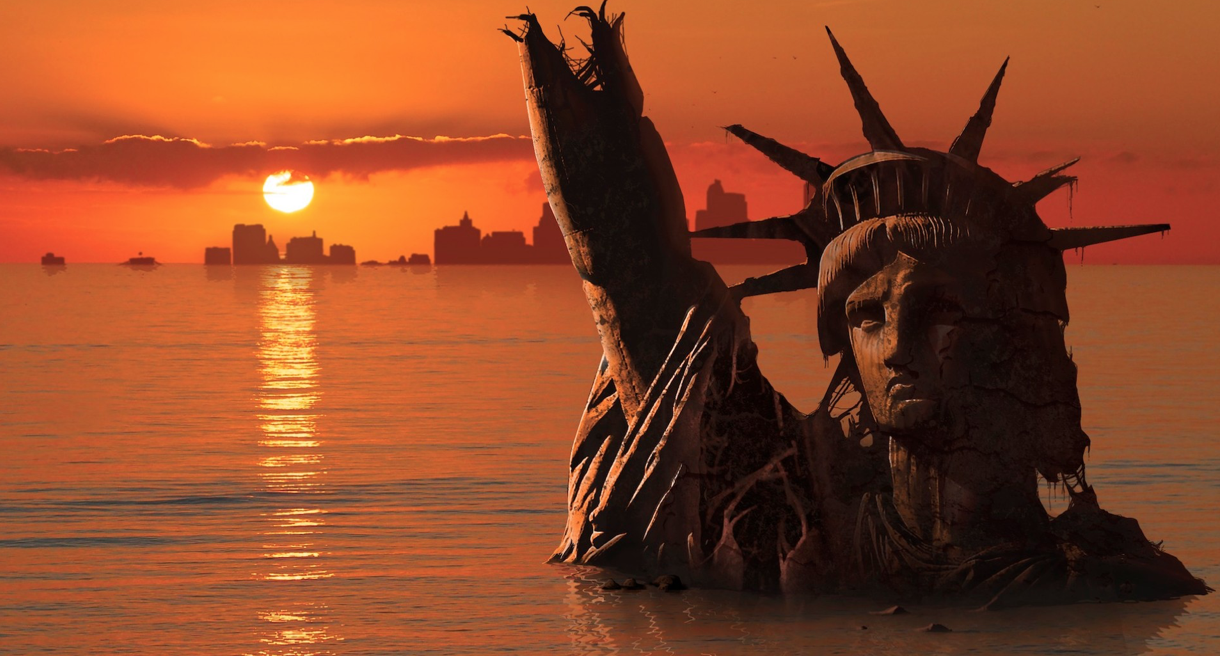 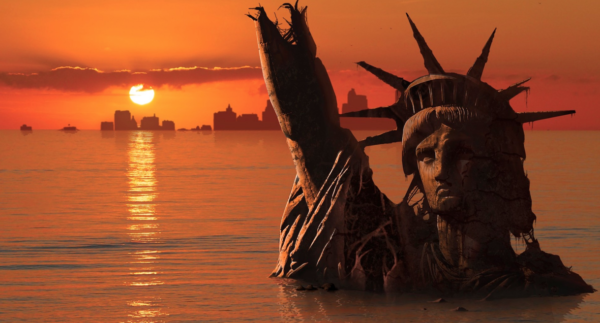 FOR 700 YEARS the little fishing town of Lamu has lived sustainably. Empires have risen and fallen, and still the lateen-sailed dhows have ventured out upon the Indian Ocean and returned laden with fish. The town boasts a unique and distinctive architecture: so distinctive that UNESCO declared it a World Heritage Site. Surely, that would be enough to keep the people of this little town, situated on the northern coast of Kenya, safe from the depredations of the wider world?

Sadly, no. Not far from Lamu town, the Chinese are engaged in one of the biggest construction projects in Africa. They are dredging and polluting the pristine channels between the islands of the Lamu archipelago in preparation for building a massive sea-port. Why a seaport? So their huge coal-carriers have somewhere to unload their cargo. What will Kenya do with all that coal? Why, it will burn it in the huge coal-fired power-station the Chinese are building.

But, didn’t Kenya sign-up to the Paris Climate Accord? Isn’t it pledged to reduce its carbon emissions? Yes it is. Even worse, when the coal-fired plant is in operation, it will increase Kenya’s carbon emissions by a factor of 7. So, the town of Lamu, and its fishing fleet, will not be the only ones to suffer from the malign effects of China’s “Belt-and-Road” construction binge. We all will.

This is the madness that Martyn Bradbury, the editor of The Daily Blog, drew to our attention in his blog entitled “We Are 31 Years Away From Civilisation Collapse Yet The Things We Argue And Debate Right Now Are So Petty.”

Despairing of the major powers ever agreeing to take the steps necessary to slow global warming, Martyn drew up what amounts to a survivalist agenda for New Zealand. Quite rightly, I believe, he regards these islands as being better positioned than just about anywhere else on the planet to weather the worst aspects of Climate Change. Our government, says Martyn, should act now to prepare us for the dark times to come.

Buried amid the many very sensible suggestions for making this country as self-sufficient as possible, I noticed one proposal that sent a chill down my spine. There must be, according to Martyn, a “large scale increase in Navy, Army & Airforce”. Clearly, like so many survivalists, Martyn anticipates the arrival of unwelcome visitors, and he is determined to be ready for them.

When the pitiful boatloads of climate refugees begin to appear off our coast, New Zealanders must possess the necessary military hardware to drive them from our shores. Even if they have nowhere else to go? Absolutely. New Zealand will be in the same position as a lifeboat which has reached its maximum occupancy. If any more survivors of the shipwreck attempt to climb aboard, then the lifeboat will capsize and sink, drowning everyone. To save those lucky enough to have found their place of safety, everyone else must be beaten back.

But what sort of people would we become if we were willing to countenance, day after day, the destruction of refugee vessels, and the inevitable drowning of hundreds, and, ultimately, tens-of-thousands, of desperate men, women and children? You might say that the worthy end (the survival of civilisation in these isolated islands) justifies the terrible means required to achieve it. I would say that the means we adopt to achieve our ends will inevitably determine those ends. A civilisation predicated on the murder of tens-of-thousands of desperate human-beings cannot be anything other than a horror story.

Besides, New Zealand does not possess the sort of military-industrial complex capable of supplying its government with the array of munitions required to send the fleets of climate refugees to the bottom of the sea. To acquire the warships, reconnaissance aircraft, fighter-bombers, long-range missiles and satellite guidance systems such a policy necessitates, we would have to enlist the aid of either the United States or China. Which would make New Zealand their ultimate bolt-hole – not ours.

They might consent to let us live on as their hewers of wood and drawers of water. We do, after all, have a global reputation as efficient producers of food. But, make no mistake, that is what we would be: the servants (or slaves?) of whoever ended up taking over New Zealand. The most trusted of us might be permitted to serve alongside the soldiers, sailors and airmen of the occupying power. And every now and then, the most prolific of these local butchers would be awarded a medal. The land of Shepherd, Rutherford and Hillary would have become the land of remorseless killers.

Personally, I’d rather New Zealand, generous and welcoming to the end, sank below the weight of those to whom we never failed to offer a helping hand.

To those who told him that, in the end, it was better to be Red than dead, the celebrated Russian novelist, Alexander Solzhenitsyn, always retorted: “No, better to be dead, than live as a scoundrel!”