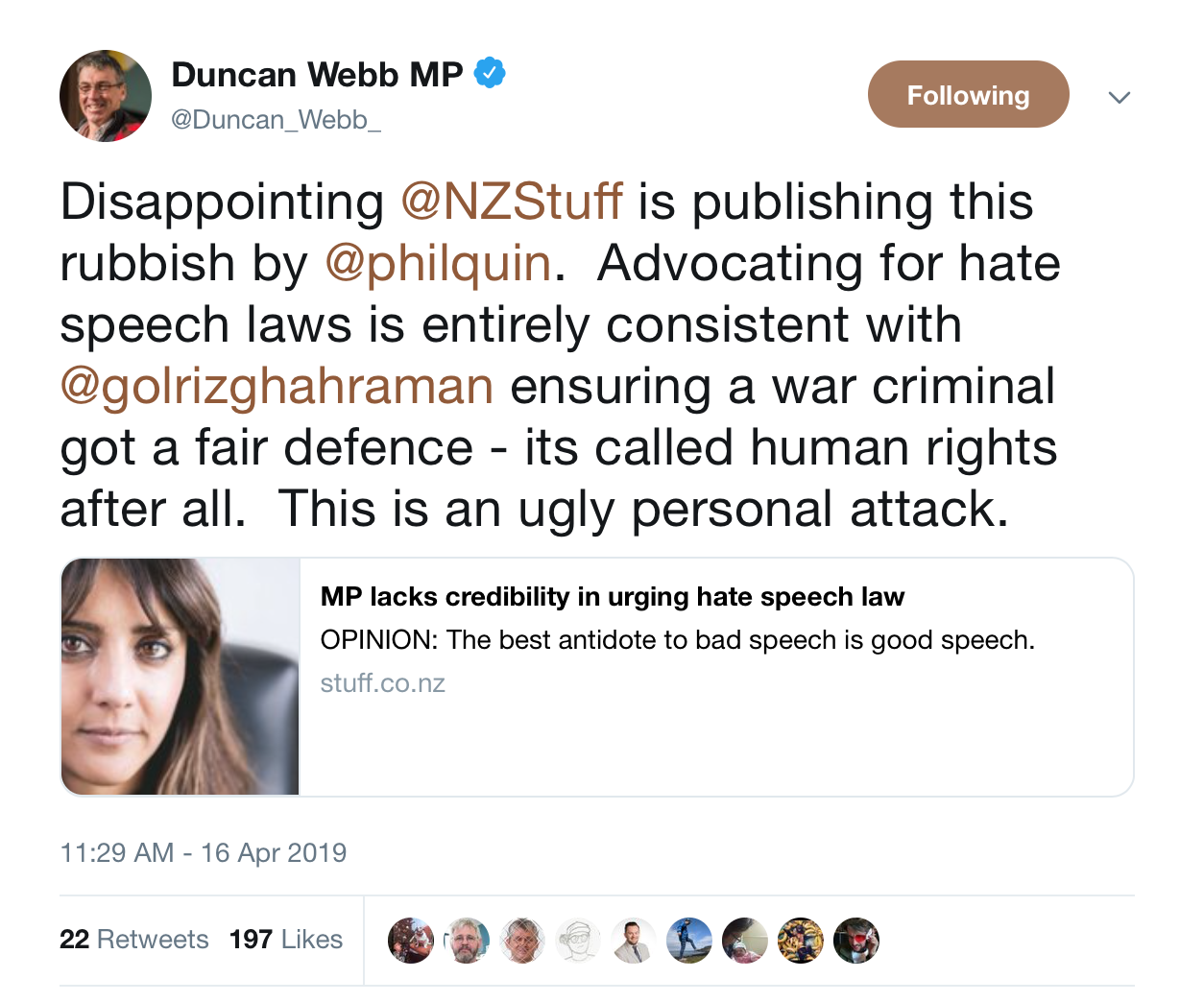 This doesn’t look good does it? 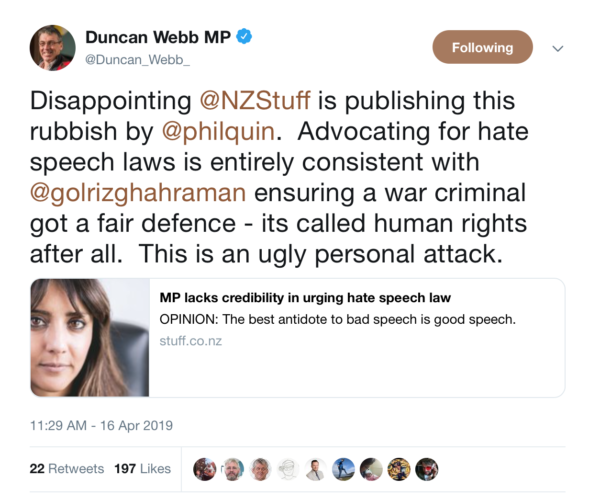 …a Labour Party MP attacking media just before the Government look to clamp down on free speech?

That’s a tad chilling. Despite all the underhand abuses to free speech Key embarked upon, I don’t remember National attacking media organisations in the open like this.

Which should make everyone feel terribly frightened about what exactly the Labour Government with their Green allies intend to actually do with the hate speech laws because if criticising Golriz is a short skip and a jump to being defined as hate speech, we are opening the gates of hell here.

Criticising Golriz isn’t a hate crime. That I even need to state that is concerning but in the current debate where free speech is being defined by the woke as white male privilege and the politicisation of the Christchurch atrocity has given momentum to that definition, watching Labour Party MPs attack the media for publishing critical opinion pieces of the Government while they formulate how to curtail free speech should be denounced before it’s considered a crime in of itself.

They dragged Julian Assange out of an embassy for telling the truth, the time to remain silent is over.

They can take this blog out of my cold dead hands.