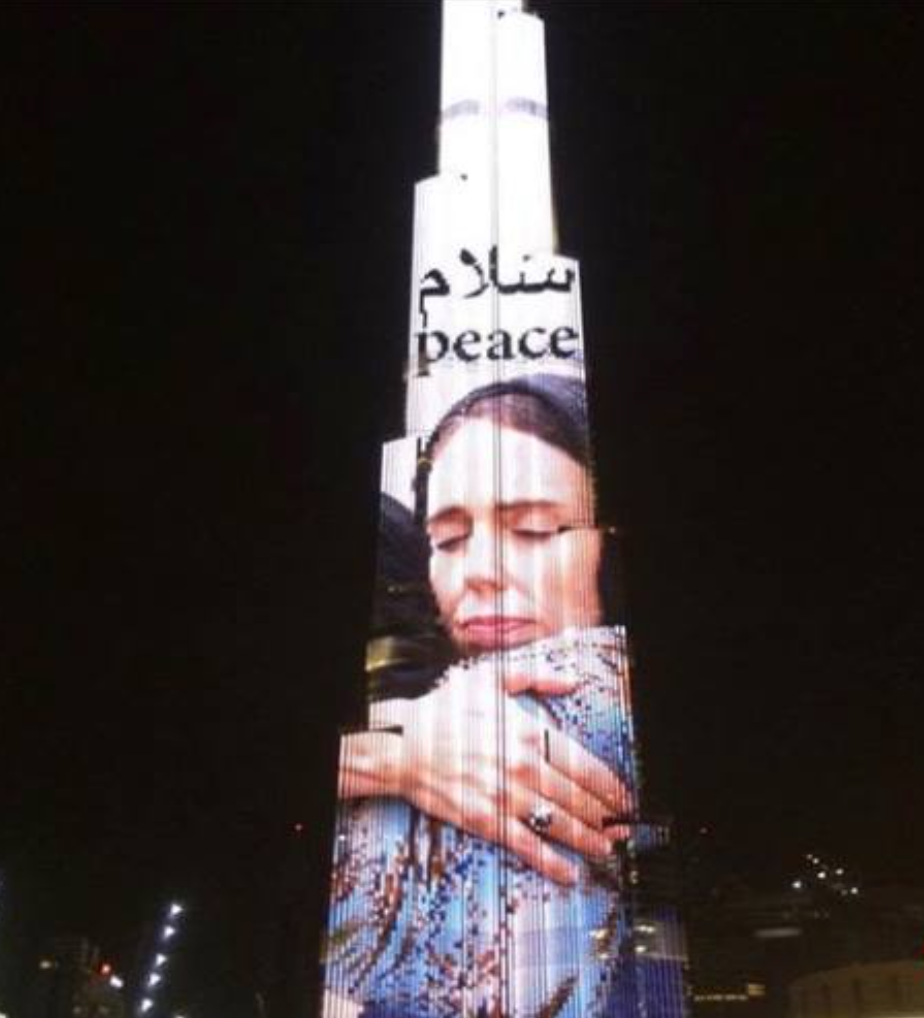 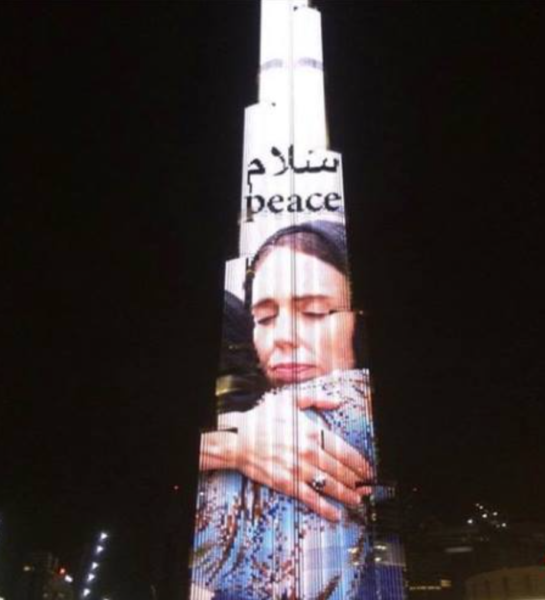 Could the woke do to Christchurch solidarity what they did to the Pride Parade?

Christchurch vigil or political rally? Why some people walked out of Auckland Domain event

Was it a vigil, a political rally – or both?

Speeches calling out racism, colonialism and white supremacy at an Auckland vigil for victims of the Christchurch mosque attacks had some attendees leaving early, saying it was “too soon” for such discussions.

But organisers and speakers have defended what some called a “political” tone of the Jummah Remembrance vigil held at Auckland Domain on Friday, saying they were “hard truths” Aotearoa needed to address.

Thousands attended the vigil, where official speakers strongly challenged the rallying cry that last week’s atrocity that killed 50 Muslim worshippers and injured dozens more was “not us”.

“White hatred is its foundation.”

She spoke of atrocities committed against Māori throughout New Zealand’s history, including at Parihaka, and even Okahu Bay in Auckland in the 1950s, where the Auckland Council burned down her hapū’s village.

Israa Falah of the Auckland Muslim community said the Christchurch massacre was the result of the normalisation of xenophobia.

People should call out racism when they saw it, she said.

Zainab Mussa attended the vigil with her two young children but they left early partly because of the “uncomfortable tone”.

“Even being non Pākehā, I did feel uncomfortable at times with the continued mentions of white extremism and white terrorism.”

While she said she understood the need for a conversation about racism and white supremacy, she felt a week after the attacks was too soon.

“I think there was too much mention of ‘white’ and colonial times. To me that wasn’t a remembrance of the victims and not the way to push for unity.”

Another attendee said they left early because they wanted the vigil to be more focused on the victims.

“No one disagrees the conversations need to be had, just not last night.

“That vigil was important to Aucklanders. It was important to me, to collectively show respect and love to the victims and the Muslim community, to weep quietly at the insanity and savagery of it, to be human and together in that response.”

But while the Prime Minister has risen above politicising the slaughter by stating “This is not us”, others have decided “No, this really is us.”

Instead of looking for the good in our communities as Ardern has done, some commentators have raced to identify any utterance or action that could be construed as being even mildly racist — presumably on the grounds that a good crisis shouldn’t go to waste in furthering a political narrative.

That narrative at times seems to want to portray many of us — and particularly those perceived to be on the right — as somehow complicit in being enablers of an assassin.

Some commentators are gleeful that the National Party has removed the online petition opposing the UN Global Migration Compact as if objecting to it is inherently racist. While some objections to it are undoubtedly for racist reasons, opposing it is a perfectly reasonable political position to take if you believe, as some do, that it could eventually put our immigration policy into the hands of a supra-national body.

A photo of Newstalk ZB’s Mike Hosking holding up a T-shirt with a symbol of a forefinger and thumb curved in a symbol of approbation — that happens to also be a white supremacist gesture — has been taken down from a BNZ site after complaints. The Spinoff filed this information under the title: “The Quiet Deletion of the Islamophobic Archives” even though Hosking’s employer, NZME, “assured us that neither Mike Hosking or his team were aware the symbol used held an alternative meaning”.

North & South has been singled out as being racist for an excellent article in 2016 by the magazine’s deputy editor, Joanna Wane, simply because the cover line asked whether New Zealanders should fear radical Islam. As it happens, Wane’s approach was cleared with members of the Muslim community but it would have been an entirely reasonable question to have asked even without that endorsement.

So the list goes on. And it is clearly not a reaction confined to New Zealand. As British writer Maajid Nawaz — a self-confessed former extreme Islamist — points out on The Daily Beast: “A mere day after 50 of my fellow Muslims were so publicly and tragically killed, while the blood was still wet and the bodies remained unburied… the ideologues had circled like vultures. Opportunistic Islamist and far-left extremists began calling for a purge of people whose politics they disagree with, and started publishing McCarthyite lists of personae non grata to target.”

Among our public figures, Greens co-leader Marama Davidson has been the most inflammatory in her attempts to spread the blame far beyond the killer by linking the massacres to colonialism.

At a vigil in Auckland on Saturday, she told the crowd: “New Zealand was founded on the theft of land, language and identity of indigenous people. This land we are standing on is land we were violently removed from to uphold the same agenda that killed the people in the mosques yesterday.”

Then there is the persistent claim that last week’s violence occurred partly because New Zealand has a substratum of casual racism that allegedly “normalises” such depravity. According to one schematic pyramid circulating among the woke on the internet, the spectrum of hate includes “racist jokes, denial of white privilege, a Eurocentric school curriculum, anti-immigration policies” and yes, “cultural appropriation” (which presumably includes wearing a sombrero to a fancy dress party).

By this rationale, anyone who has ever argued that the nation’s infrastructure simply can’t cope with the number of people pouring into our country is automatically an enabler of hate by advocating “anti-immigration policies” — even though Ardern herself, who has been beatified in the media, promised to reduce the influx in the 2017 election campaign.

However, the nadir of the casual racism argument has to be the claim by a Herald reporter: “That friend who puts on a fake Indian accent? That’s what a racist looks like. Racism is a violation of human rights. Do not let that happen in your life and go unpunished.”

Most people will remain deeply sceptical of a causal link between private, idle mockery and mass slaughter even as they acknowledge that they could often do much better in their dealings with, and attitudes towards, minorities.

Long-standing National MP Gerry Brownlee eloquently summed up in Parliament what many people will conclude in reflecting on their approach to others: “I think we have become more aware of our own actions, our own omissions, and our own oversights, and aware too that they are more pronounced at the more unattractive edge of what is us.

“We should not engage in self-doubt though, but recognise that small change in each of us can make a big difference.”

In short, we could be kinder and gentler and work to make New Zealand a better nation yet without feeling somehow responsible for a massacre.

The real danger in politicising the attacks and spreading the blame far beyond the perpetrator, of course, is that we open the door to the same approach against Muslims if there are reprisals on New Zealanders here or elsewhere — as Isis spokesman Abu Hassan al-Muhajir has demanded.

Moderate Muslims would be caught unfairly in the backlash, even if they have no connection with or sympathy for jihadists but simply because they share the same religion. Will those who have politicised the Christchurch massacres have any credibility in trying to depoliticise a reprisal if such a terrible thing occurs?

Brendan O’Neill has a good analysis on Spiked of the double standard at work in the aftermath of the Christchurch mosque attacks and of what he describes as “the most cynical exploitations of mass murder in recent years”. He argues that after Islamist attacks Westerners are always encouraged to put politics aside and simply grieve whereas after this white supremacist slaughter we are being asked to “get political”.

…attempting to connect the violence on Friday with right wing opinions, the defence of free speech or concerns about immigration and conflate that with all white people as racist murderers is a sure fire way of eroding the solidarity in sorrow that has bound many.

The vast, vast majority of NZers found what happened on Friday as a disgraceful act of despicable hate, we need to find common ground between us instead of blaming each other if we want to build from this moment.

While I think attempting to connect the violence in Christchurch with garden variety domestic bigotry lacks credibility from the point of view of Tarrant’s own manifesto and its obvious international strain of white supremacy, that doesn’t mean we don’t need to address racism in NZ. As part of the healing process required from this atrocity, NZ must take a long hard reflective look at our own behaviour in contributing to a climate of fear and pain towards everyone in the NZ whanau.

How do we do that? I think following Jacinda’s example of inclusion is the most important step because I think after the mess woke identity politics activists visited upon the Pride parade, we don’t need that result with the solidarity Christchurch has generated.

There is more common ground between us than divides us. Let us seize upon that and work to heal rather than divide and seperate. The very Muslim Community who have been so horribly attacked have shown that level of grace, the least we can do is mirror that.