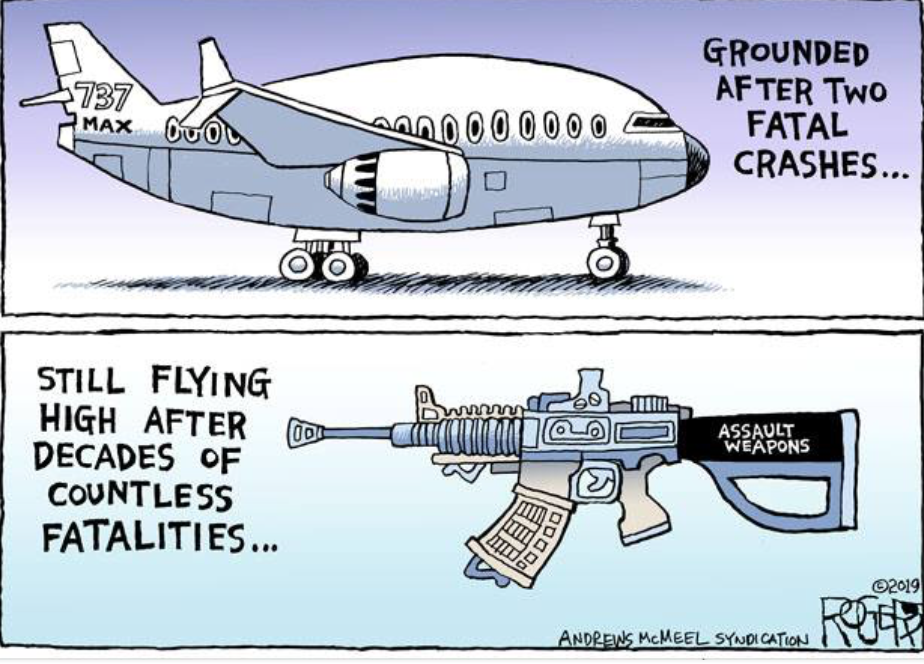 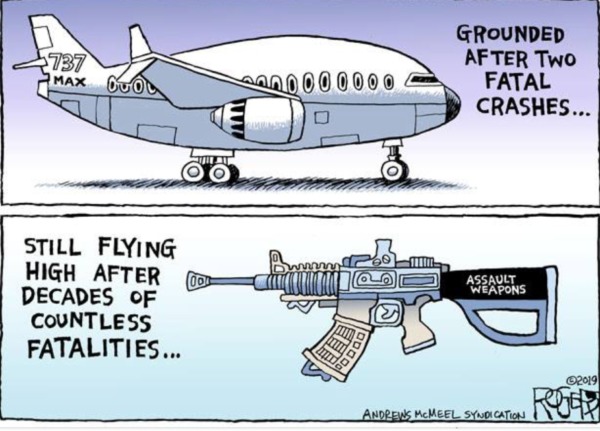 Cartooning at its thought provoking best by Rob Rogers.

We acknowlege our society has a responsibility to keep people as safe as possible as they travel through the air.

It’s time to acknowledge our society has the same responsibility to all our people as they travel through life .

Ban and buy back all semi-automaic weapons now.