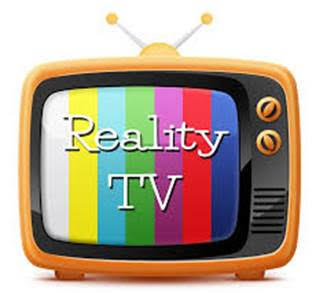 HAVE YOU EVER wondered what the enormous popularity of reality television reveals about contemporary New Zealand culture? Understandably, the nation’s cultural elites do not consider this to be an important question. What the lower orders choose to pollute their minds with is hardly worthy of serious consideration. The only social significance attachable to reality television is the extent to which it uses up space and resources that could, much more profitably, be devoted to genuine cultural production.

And yet, reality television rates its little socks off. The hard-nosed men and women who invest in reality tv shows don’t do so out of a sense of cultural responsibility, they put their money in so they can take more money out. It’s a genre which, unlike so many of its high-tone cultural competitors, actually returns a profit to the production houses that churn it out. Netflix it ain’t – but then Netflix isn’t what it’s trying to be.

I used to think that reality tv was a neoliberal conspiracy. That the programmes were carefully designed to inculcate the values of aggressive individualism and ruthless competition. That the moral emptiness of the shows and the unrelenting narcissism of their participants was intended to faithfully replicate the values of the “real world”.

This was, of course, the purest drivel. The personalities and behaviour of the participants in reality tv are what shape each programme’s content. The producers do not set out with a pre-written script, they simply go with the flow. Yes, they set the tasks that must be accomplished, thereby constructing the rough framework upon which each episode is hung. But the fascination, the sheer drama and entertainment value of reality tv derives from the people who make up the “cast”.

That so many viewers become engrossed in the unfolding “drama” of reality television strongly suggests that they see themselves reflected in at least one member of the cast. This identification is rendered all the stronger by the knowledge that each character’s words and actions are their own and not the work of some script-writer or director. Yes, it’s true that the dramatic coherence of each episode is achieved primarily through careful editing. Even so, what moves the viewers is their firm belief that what they are seeing on their screens is “real”.

The educated elites may sneer at this, confident that it confirms the extreme gullibility of the masses. But what if the popularity of reality tv is derived from its radical difference from the “made up” stories that constitute so much of our televisual fare? After all, “normal” tv dramas feature characters who are impossibly clever, virtuous, beautiful and strong, caught up in plot-lines that are as moralistic as they are predictable. In other words, “mainstream” drama is nothing like reality. Perhaps the gullible masses have simply grown tired of being preached at by their betters?

Consider the greatest reality tv shows of all: live sporting fixtures. Certainly, the rules offer a shape and purpose to the game, but everything else rests upon the skill and fervour of the players. Most important of all, the outcome of the “show” is not known prior to screening. In contrast to the lives of most people living in industrialised society, there is in every live sporting fixture an inescapable measure of unpredictability. For the duration of the game the viewer remains uncertain of the outcome. Small wonder that sport rates through the roof!

Perhaps reality tv shows wouldn’t be so popular if those responsible for funding the production of New Zealand television commissioned programmes which did as much as the average reality tv series to show real New Zealanders doing real things. Programmes which refuse to juxtapose beautiful presenters against ugly punters. Dramas that don’t always end with the “goodies” overcoming the “baddies”. Shows which reflect the facts of life in twenty-first century New Zealand: a country where the rich stay rich and what trickles down into the lives of the poor carries the very strong smell of piss.

“The purpose of epic theatre”, wrote Bertolt Brecht, “is not to encourage an audience to suspend their disbelief, but rather to force them to think introspectively about the particular moments that are occurring on stage and why they are happening a certain way.”

When, in the midst of a reality tv show, we observe people cheating, lying and generally behaving reprehensibly, we are reminded of the things we do every day to survive in our workplaces, our families, our most intimate relationships. Unfolding on our screens is something much more visceral and real than anything we’re likely to see on Shortland Street or The Brokenwood Mysteries. Great theatre – and great television drama – isn’t about good versus evil in the outside world, it’s about how the outside world sets good and evil against each other in our own souls.

Which arguably makes reality television the epic theatre of our age.