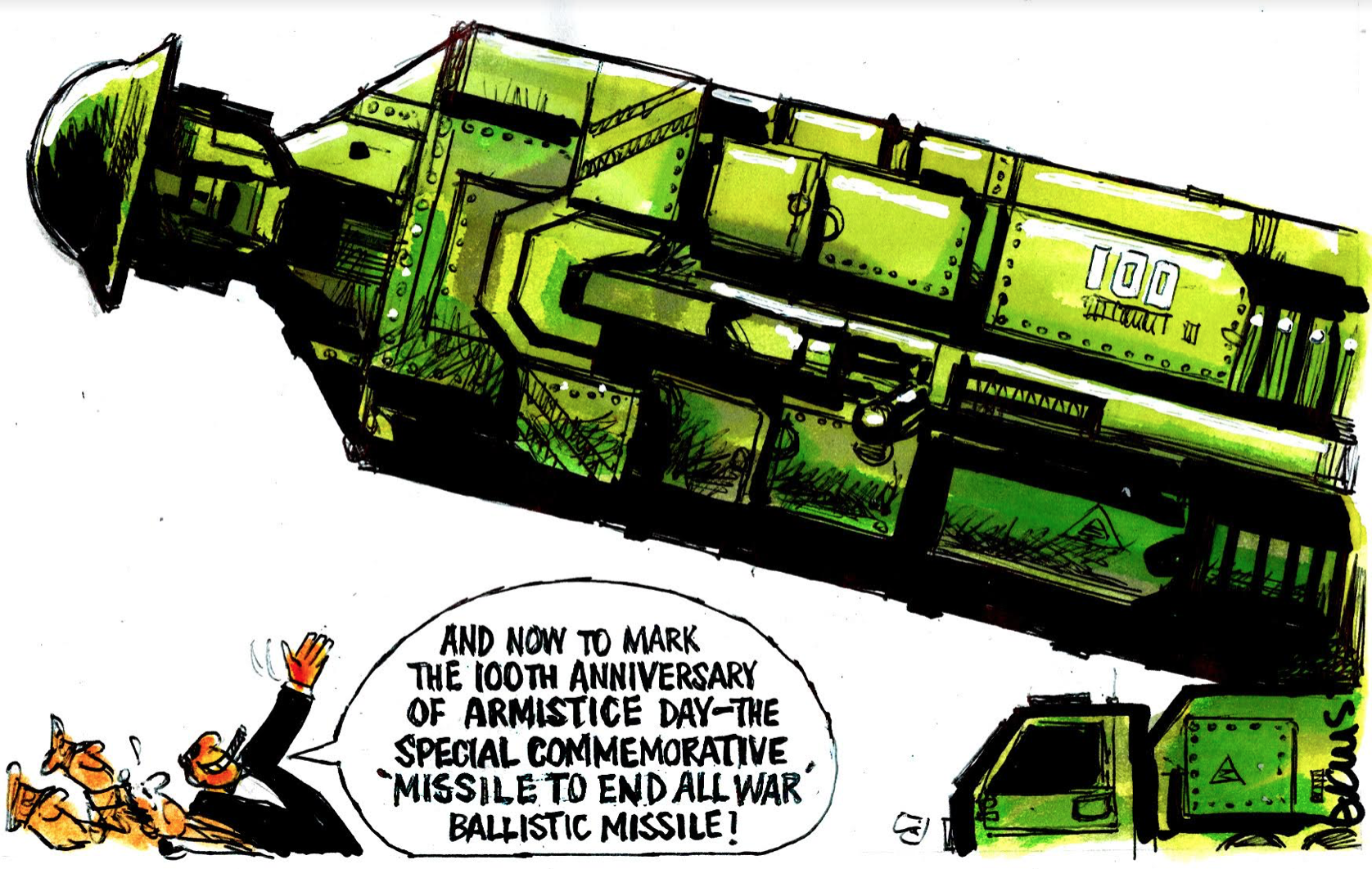 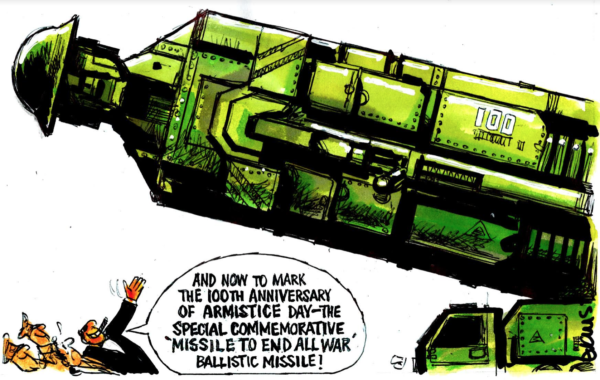 So now 100 years have passed since the end of the first globalised war – a war in which most countries either took sides or (some) refused to do so. A war in which so many were killed like little rats in dug trenches, their lives squashed in an instant.  Anyone who hasn’t seen the extraordinary representation of the Gallipoli campaign at Te Papa should certainly do so (closes in April 2019). It makes me cry every time for the human tragedy and waste, and I am a serial viewer.

Last week celebrated the life and death of Wilfred Owen, a wonderful war poet who was killed exactly one week before armistice. Influenced by Siegfried Sassoon, Owen was both a soldier and passionately against the brutality of war.  This is from his most famous poem, Dulce et Decorum Est:

Till on the haunting flares we turned our backs,

And towards our distant rest began to trudge.

Men marched asleep. Many had lost their boots,

But limped on, blood-shod. All went lame; all blind;

Drunk with fatigue; deaf even to the hoots

Of gas-shells dropping softly behind.

Although I was not born until a decade after the second world war, I lived it through my father, whose 15 years in the Royal Navy encompassed both WWII and Korea.  He went on three Arctic convoys to bring arms and food to isolated Russia. These winter convoys through the Arctic ocean to Archangel brushed past occupied Norway and were constantly attacked by German ships and planes.  The conditions were freezing and terrible. We did not find out he had been on these convoys until years after his death. We claimed for him, posthumously, his Arctic Star.

He loved the Navy.  The son of a Liverpool policeman who died very young, brought up in the police orphanage, he saw the world and was introduced to the joys of cigarettes, rum and no doubt other delights, comradeship and success in his role.

Both his children have been passionately against war all their lives. We opposed Vietnam, Iraq, Afghanistan and so many other places where Western powers felt they could intervene in their own economic or political interests, thus causing uncounted human misery.

Yet had we been alive during the rise of Hitler, and witnessed the horrors of fascist megalomania on our (British) doorstep, it is possible our staunch opposition may have turned into a determination to hold back this threat, by peaceful means if possible, but if not, by fighting and resistance.

And I am reminded of this now because of the alarming rise of fascist discourses in the United States, and the increasing megalomania of its leader.  Is Trump fascist? Is there any longer any doubt? Fascism has six legs, as far as I can see:

A theory of racial hierarchy

Trump ticks all the boxes, and increasingly so.  Just like Hitler’s political views changed over time, so have Trump’s. Let’s face it, he is getting worse and worse.  While he is full of contradictions, this also is a characteristic of the fascist. His lies are part of the fabric. Hannah Arendt noted (chillingly) that fascists not only lie, but are determined to transform their lies into a new reality.  We have been seeing a lot of this recently, for example, in the stories of the Honduran diaspora making its way to the USA.

And our (the world’s) only protection really is the American constitution and its odd balance of powers that can limit what the president can do. Also, the 8-year limit on presidential terms, for we can now see that Trump has the ability to maintain his populism over the longer term with nearly half the population. He could be a dictator. The extent to which the average Republican (many of whom have extremely odd views of their own), has rolled over to support the fascist leader is extremely alarming.

If Trumpism causes war it is likely to be civil war. One might argue the USA is already in a civil war, with mass killings by individuals on a daily basis.  What if these individuals become cadres, small armed groups ready to kill for their views? Is this beyond the bounds of possibility? Of course not. Is it even likely? Yes, I am afraid it is.  Does Trumpist rhetoric egg people on in the divided States? You know it does. He is culpable.

What about outside the USA? Could Trump form an Axis with Saudi Arabia, North Korea, Brazil and others to turn the national into the multinational war? Possibly, but unless Russia or China joins up on his side, world war is unlikely.  He needs strong allies. Bur Germany started with only Italy and Japan on his side (and a non-aggression pact with the USSR, soon broken).

Even though war is brutal, futile and soul-destroying, it is likely, with the proliferation of arms, power and fascist ideologies that the world is not yet done with it. There has never been a time when humans have been totally at peace with ourselves, the other living creatures and our planet. While working every day for peace, we are now once again facing the possibility of catastrophic multinational war.

When we remember World War One it is generally about individual stories, the tales of youth lost, the futility.  Siegfried Sassoon, who strongly resisted the false label of ‘hero’ for the victims of that war, wrote about the contradictions:

Light many lamps and gather round his bed.
Lend him your eyes, warm blood, and will to live.
Speak to him; rouse him; you may save him yet.
He’s young; he hated War; how should he die
When cruel old campaigners win safe through?

But death replied: ‘I choose him.’ So he went,
And there was silence in the summer night;
Silence and safety; and the veils of sleep.
Then, far away, the thudding of the guns.

In the end, the only things worth fighting for are our most human values of love, kindness and compassion.  Yet it is also human values: greed, rapaciousness, and the belief in the superiority of some over others – that lead us into war. This was the contradiction that drove the movement of conscientious objectors in Aotearoa and elsewhere.  Do you live your values, or not? Thus, we might hate war, but still fight, under certain circumstances, and still die. Or not.