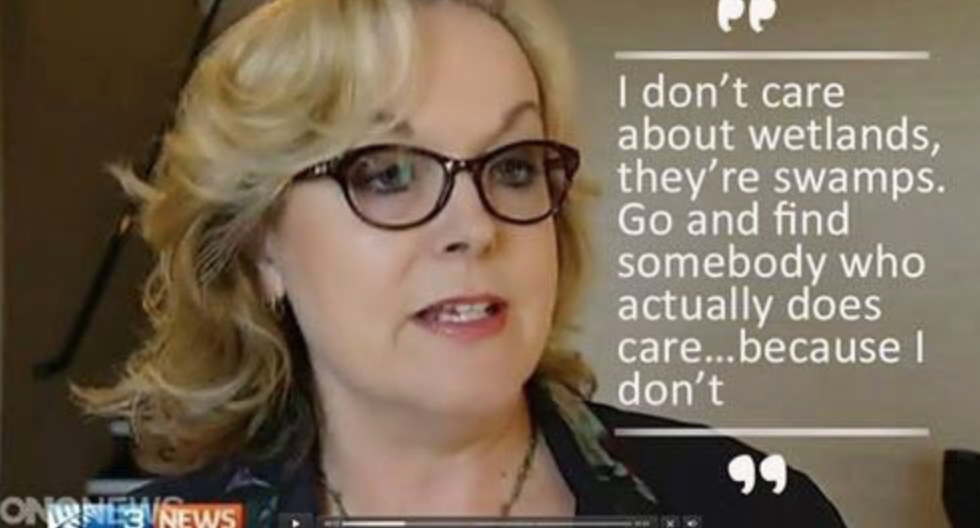 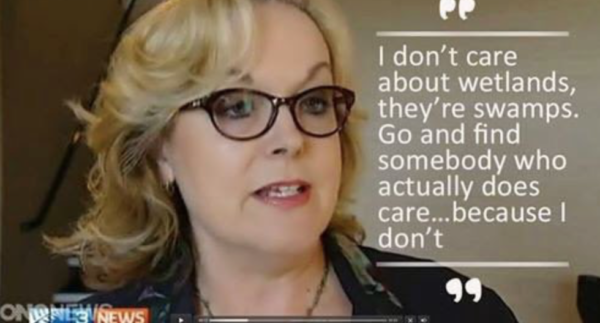 When Judith wasn’t questionably meeting Chinese border officials or diverting to its trade events, Oravida also exported swamp Kauri. The above quote was when Judith was challenged that Oravida was damaging the environment.

What a sad day for Judith, apparently someone does care about the swamps and environmentalists found them…

Swamp kauri cannot be exported unless it’s a finished product, Supreme Court rules
Swamp kauri must not leave the country unless it has been processed into a product, a court has ruled.

A Supreme Court of New Zealand ruling, released on Friday, found that, to be lawfully exported, a swamp kauri item must be a product in itself and in its final or kitset form and it must be ready either to be used or to be installed into a larger structure.

Swamp kauri timber, also known as ancient kauri, is milled from kauri trees that have been buried and preserved in peat swamps for between 800 and 60,000 years.

…the vandalism of our swamp Kauri for Chinese business interests is as much of a disgrace as Chinese  exploitation of our water and the ruling to finally stop this despicable pillaging is welcome news for a resource that should be dominated by NZ business interests or protected by local community.

Oppostion MPs have used parliamentary privilege to link the exporting of swamp kauri in Northland to National Party donors and insiders.

Concerns have been raised in Northland that kauri logs are being exported illegally – with stumps being labelled as finished products and sent offshore.

Northland MP Winston Peters says that is a rort, but the Government rejects the claims.

In Parliament, Labour’s MP for Te Tai Tokerau, Kelvin Davis, asked the Government if ministers were “aware of reports that local wood manufacturers have been refused the opportunity to buy swamp kauri from Kauri Ruakaka mill, which was formerly called Oravida, and is allegedly involved in exporting raw swamp kauri?”

One of the directors of Oravida is National MP Judith Collins’ husband, David Wong-Tung.

Under further questioning in the House, Minister Nick Smith replied, “I thought the member (Kelvin Davis) was above getting involved in this kind of murk”.

Winston Peters then asked Dr Smith,: “Is he denying what is well known in Northland because people who are high up in Oravida are major donors to the National Party?”

Dr Smith replied that the law had been changed under Labour in 2004.

He says there have been prosecutions under the Resource Management Act in the past and the Ministry for the Environment and Northland councils are confident the resource is being “responsibly managed”.