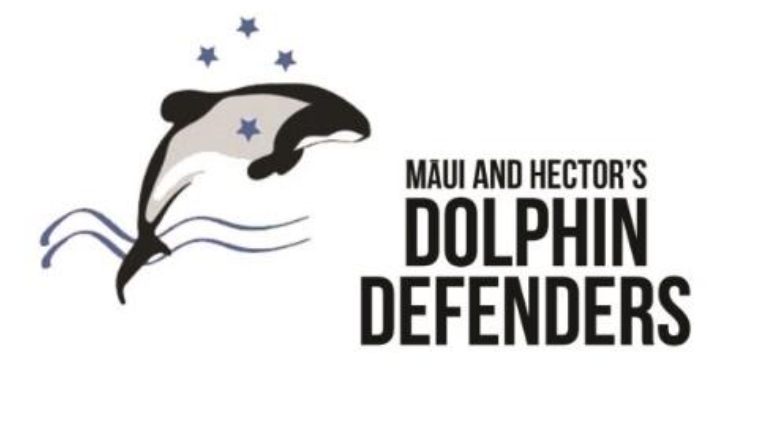 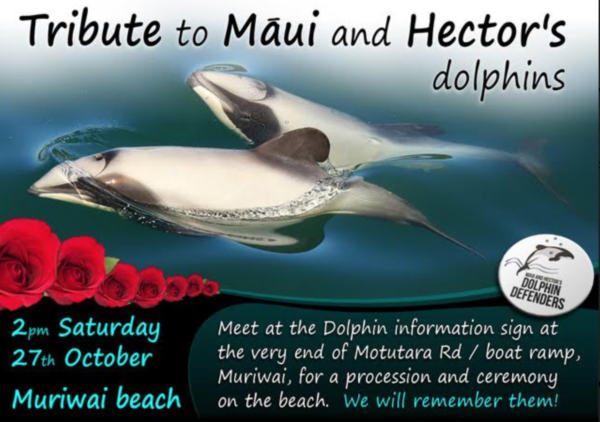 A bittersweet tribute to the World’s smallest dolphin will be held at Muriwai Beach this Saturday 27 October at 2pm. Māui and Hector’s dolphins are only found in New Zealand – they’re one of the rarest dolphins in the world and they’re probably found at a beach near you.

Māui and Hector’s Dolphin Defenders NZ Inc are organising this tribute to honour and observe the loss of a pregnant Māui dolphin mother and calf three weeks ago off the North Island West Coast; five Hector’s dolphins killed in a net near Christchurch earlier this year, and at least fifteen Māui and Hector’s reported dead this year already.

There are only about 63 adult Māui dolphins left; some Hector’s groups have only around 40 individuals; even the healthiest groups lack full protection; and because the dolphins are slow breeding, every death is a step toward extinction.

Many of New Zealand’s beach communities have a special relationship with Māui and Hector’s dolphins as they come into coastal waters and play with local swimmers and surfers. They are also often seen from land. This special relationship is reflected in community art and culture. Tribute event organisers say they wanted to give people the chance to honour that relationship.

“Kiwis care about Māui and Hector’s dolphins”, says Dolphin Defender Chair Christine Rose. “They’re feeling pretty sad that our dolphins are dying and getting killed. And they know there aren’t many left. They don’t want these deaths to be in vain”. “The lives of these dolphins mattered – and their deaths matter too”.

“The Government is considering options for the dolphins’ Threat Management Plan, and the deaths of at least fifteen this year should remind us all, we need to protect them”. “At this event, we will remember them. Their lives matter to the species, but they matter to people of New Zealand too”. Consultation on options to protect Māui and Hector’s is expected within the next six months.

At 2pm on 27 October, Dolphin Defenders will assemble at the dolphin sign on the Motutara Road end at Muriwai Beach. With a dolphin in a coffin and in mournful procession, supporters will file onto Muriwai beach, where flowers will be laid, and words of tribute will be offered by the public.

A supporting event will be held In Akaroa, at 2pm on Sunday 28 October. Local dolphin advocate Genevieve Robinson said “Hector’s are under pressure as net deaths still kill them faster than they can breed, and they have new threats like Lyttelton Port’s pile driving. We were devastated when five were killed in a single net earlier this year just off Banks Peninsula. That makes it very local, and very personal. We see this tribute as a way of marking that loss, and expressing our hopes for change”

Māui and Hector’s Dolphin Defenders say they hope the Government honours the dolphins through change in the Threat Management Plan too. Otherwise they fear an inevitable tribute for the species.