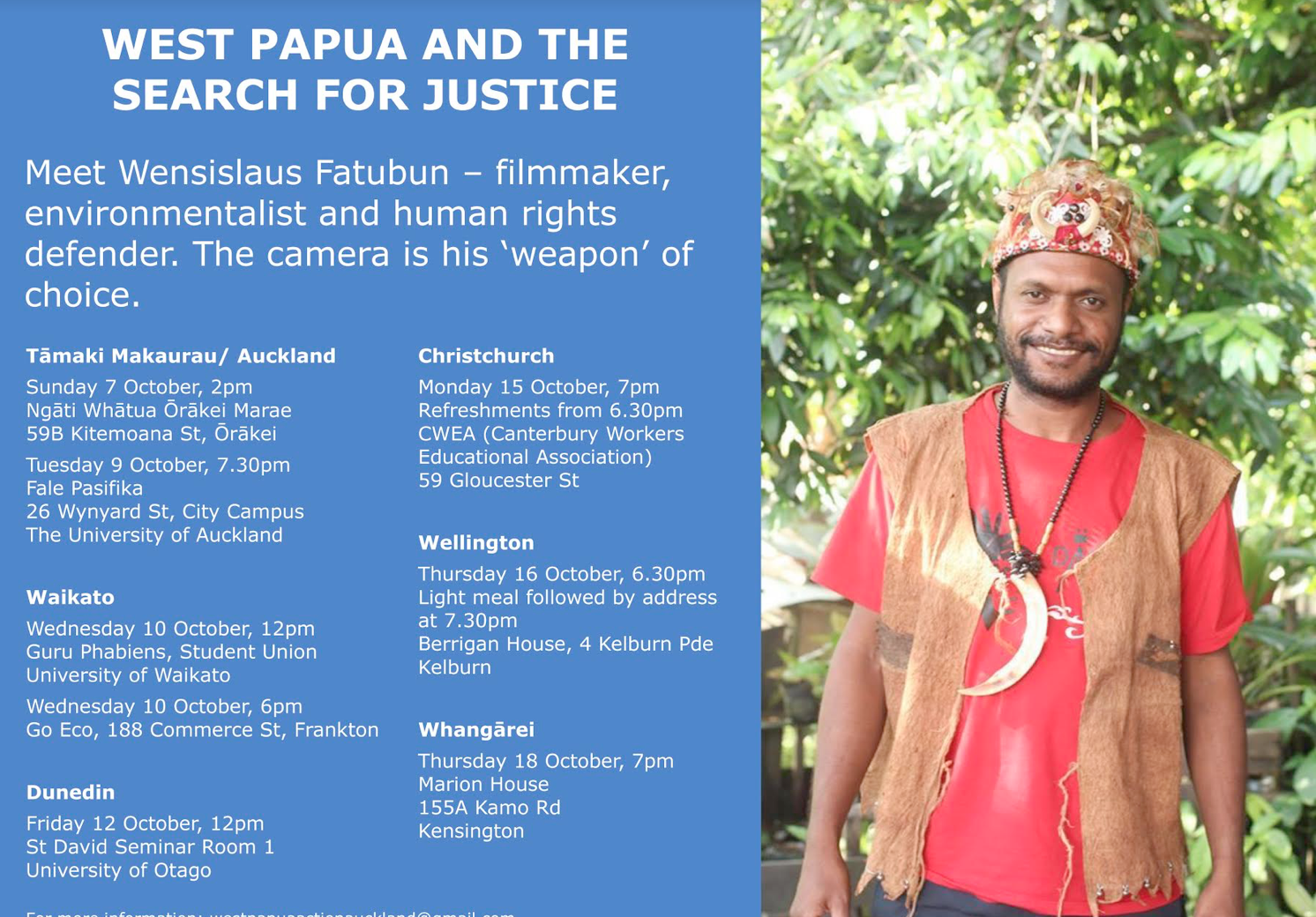 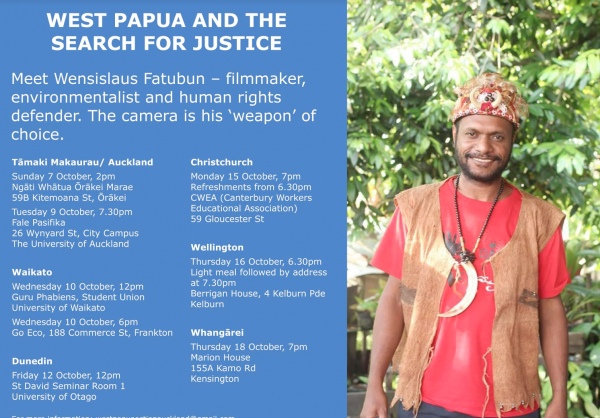 Indonesia is becoming increasingly frantic about the Pacific Island states who speak up for West Papua.  Triggered by Vanuatu’s prime Minister, Charlot Salwai’s address at the UN General Assembly this month, Indonesia went on a no-holds-barred attack. PM Salwai requested that the UN Human Rights Council investigate the well-documented human rights abuses in the territory and made reference to allowing the people ‘to freely express their choice’.   Indonesia’s Vice President Jusuf Kalla railed against Vanuatu’s support for ‘separatist movements’ which he described as an act of ‘hostility’ in ‘violation of UN principles’. Gesticulating with a clenched fist, he emphasised that Indonesia would firmly defend its territorial integrity.

Vanuatu’s right of reply was unapologetic, calling simply for Indonesia to permit a visit from the incoming Human Rights Commissioner for an objective appraisal and pointing out that Vanuatu was not alone in raising these concerns. Beginning in 2015 seven  Pacific nations have taken up the West Papuan cause in the UN Human Rights Council and on the floor of the UN General Assembly.

It is astonishing  that Indonesia, South East Asian powerhouse, should  is in a tizz about the statements made by small nations like Vanuatu or the Marshall Islands, Tonga  and Tuvalu. Hopefully, other nations will be encouraged to look beyond Indonesia’s bullying and listen instead to Vanuatu’s calm and consistent advocacy for their Melanesian kin.

However, there is another level of Indonesian activity that may be of greater concern: Indonesia’s Pacific charm offensive.  Indonesia has been working hard to gain influence with individual states and with the regional body, the Pacific Islands Forum.   Over recent years, Indonesia has bestowed gifts of aid, including in the case of Fiji, military aid.  Now Security Minister Wiranto is hoping that a well-funded diplomacy project will sway the Pacific leaders. He has proposed the equivalent of NZ $6 million to improve Indonesia’s international image and to counteract ‘misinformation’ that the Indonesian Government has neglected West Papua.  Wiranto, a retired General, was indicted by a UN sponsored court for crimes against humanity in 2003. He was the commander of Indonesia’s armed forces in 1999 when the army and military-backed militias conducted a murderous campaign of terror against the East Timorese who had dared to vote for independence.

How will Wiranto explain the HIV/Aids epidemic in West Papua where the incidence rate is 15 times that of  rest of Indonesia. West Papua also has the lowest life expectancy in the archipelago as well as the highest infant and maternal mortality rates.  In the rural areas many schools are sparsely staffed and in some cases don’t open at all.

Wiranto might boast of new economic development and infrastructure projects in West Papua, but too many of these projects only open up more ancestral land for exploitation for palm oil production and other agri-businesses.  Pacific Island leaders know from their own experiences what it means to lose pristine forests and to give free reign to multinational companies.

If Wiranto invites heads of state on a promotional tour of West Papua he probably won’t take his guests to the southern ASMAT region which recently experienced a deadly outbreak of measles.  Malnutrition was a major contributing factor. He will ask the security forces to ensure that there his guests are shielded from any signs of dissent. But he can’t do much to stop anyone from knowing about the ongoing repression which seems to be becoming more Orwellian by the day.   West Papuan peaceful pro-independence demonstrators take to the streets every time their issue is raised at the Pacific Islands Forum or at the UN General Assembly. In September a total of 221 West Papuans were arbitrarily arrested, there were reports that five people had been tortured and one man was killed in police custody. Agustinus Yolemal was detained for posting a video on Facebook in which he and his son voiced independence slogans.  He now faces charges of ‘disseminating hostility against the state ideology’ and could face a penalty of up to six years’ imprisonment.

West Papuans are behind Vanuatu’s leaders and the  proposal to take a resolution to next year’s UN General Assembly calling  for West Papua to be re-inscribed on the UN list of countries to be decolonised. Before Indonesia took over control of West Papua in 1963 the territory was under Dutch administration but on a clear path to self-determination.  Indigenous leaders, members of the West New Guinea Council met with their counterparts from other Pacific nations at the South Pacific Commission (forerunner to the Pacific Islands Forum).  Pacific nations have not forgotten this history and they know that the so called ‘Act of Free Choice’ held in 1969 was a fraudulent act of self-determination involving the forced participation of only 1022 people, who were in no doubt that they had to vote for Indonesia or risk their lives.

New Zealand’s political leaders cannot pretend this did not happen. As I have documented in my recent book, See No Evil: New Zealand’s betrayal of the people of West Papua’(Otago University Press 2018) it is all there in our national archives, including a frank commentary from New Zealand Ambassador who observed two of the ‘Act of Free Choice assemblies.  He noted that what he saw ‘merely confirmed the truth of charges of the questionable morality of the entire process. It was apparent that the Consultative Assemblies had been heavily coerced into agreement.’

Vanuatu and other Pacific nations have an unassailable case: the West Papuan people were denied their right to self-determination, a right protected in UN customary law and  resolutions such as the 1960 Declaration on the Granting of Independence to Colonial Countries and Peoples. So asking the UN to re-engage with the issue is a just and necessary step.    New Zealand should take note and join this important initiative.

Maire Leadbeater is a human rights activist and Author of ‘See No Evil: New Zealand’s Betrayal of the People of West Papua’ 2018 Otago University Press.