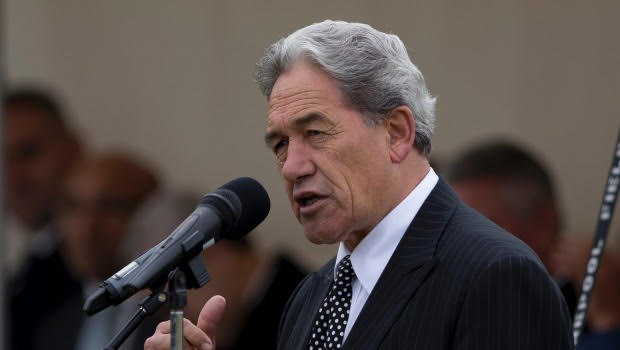 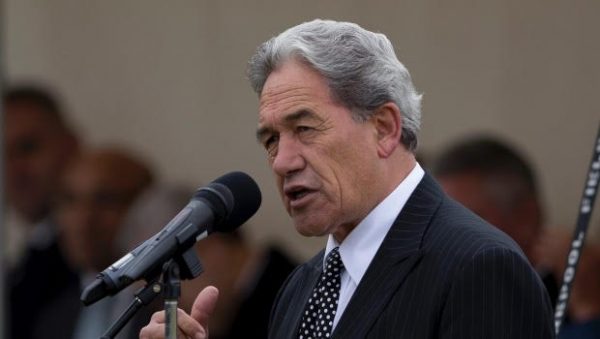 THE MOST CURIOUS FEATURE of the near universal criticism of NZ First’s waka-jumping legislation is its political amnesia. It’s as if New Zealand has never experienced a government held in place by the deliberate perversion of the proportionality upon which the entire MMP electoral system rests. A government conceived in treachery and held in place by Members of Parliament willing to nullify the Party Votes of the electors who put them there. A government whose blatant betrayal of the new electoral system was quietly elided from the media narrative. A government whose principal victim was cast in the role of prime perpetrator. The Government of Jenny Shipley.

To hear the likes of The Listener and the NZ Herald tell the story, NZ First’s Electoral Integrity Bill represented a deadly thrust at the heart of what it means to be a Member of Parliament. Rather than acknowledge the role of the individual conscience in parliamentary affairs, they argued, the legislation would turn New Zealand’s MPs into mindless automatons; unalterably programmed to toe the party line. The historical fact that New Zealand has been governed by highly disciplined political parties for the past 80 years is simply not acknowledged by the legislation’s critics.

What these curiously ahistorical critics appeared to have in mind vis-à-vis the “right” of parliamentarians to arbitrarily dissolve all moral and contractual obligations to the political party whose endorsement was crucial to their electoral success, is the romantic figure of a lonely and tormented MP torn between loyalty to party and duty to conscience. All of them appeared blissfully unaware that the actual turncoats of New Zealand’s recent political history had, with the honourable exceptions of Winston Peters, Jim Anderton and Tariana Turia, been sitting MPs who had failed to secure re-selection from their party, or, like the ill-starred son of Norman Kirk, become embroiled in scandal, or, were straightforward political traitors. Hardly shining beacons of ethical responsibility!

Of those exceptions, only Jim Anderton failed to do what the framers of the Electoral Integrity legislation urged any MP unable to accept their party’s policies to do – resign and secure a new mandate. Interestingly, Anderton’s refusal, following his bitter repudiation of the Labour Party, to seek a mandate from the electors of Sydenham was roundly condemned at the time. His famous quip: “I didn’t leave Labour, Labour left me” – so oft repeated by critics of the waka-jumping bill in 2018 – received scant acknowledgement and even less support from the right-wing pundits of 1989.

It is also interesting to note that when both Winston Peters and Tariana Turia resigned their seats and were triumphantly re-elected by their constituents, the news media responded with thinly disguised disdain. The refusal of the parties they had left to field candidates against them, far from being seen as a resounding vindication of their position, was used as a means of belittling both their courage and their success. The electors’ emphatic endorsement of Peters and Turia was given far less weight by the news media than the haughty condescension and vicious criticisms of the victors’ former colleagues.

Which brings us back to the government formed by Jenny Shipley in August 1998.

The crisis was triggered by the National Party’s decision, in contravention of the National-NZ First coalition agreement, to privatise its shareholding in Wellington Airport. When Peters responded by declaring the agreement void he discovered that no fewer than 8 of his 17 MPs had turned their coats and were proposing to remain part of Shipley’s new government.

The commitment of Tau Henare, Tuku Morgan, Rana Waitai, Jack Elder, Ann Batten, Tuariki Delamere, Deborah Morris and Peter McCardle to the voters who had sent them to Parliament, as well as to the party they had solemnly pledged to support, was forgotten. The 8 MPs of the far-right Act Party, which the deposed National Leader, Jim Bolger, had pledged to keep out of government were now crucial to the maintenance of Shipley’s majority – as was the bewildered ex-Alliance defector, Alamein Kopu. Shipley and her turncoat crew were guilty of a constitutional outrage: they had profoundly distorted the proportionality of the Parliament elected in 1996 and thus made possible a government which, had the choices of the electors been respected, could never have been formed.

That the Governor-General of the day, Sir Michael Hardie Boys, acquiesced in this distortion of the people’s will is only marginally less outrageous than the distortion itself. The proper course of action would have been to dissolve Parliament – thereby requiring Shipley and her supporters to secure a new mandate from the voters. Instead, New Zealanders were forced to wait for another twelve months before passing judgement on Shipley’s “Turncoat Government”. Unsurprisingly, it was thrown out.

That the critics of NZ First’s waka-jumping legislation have forgotten these events is extremely telling. It betrays their profound diffidence towards the whole democratic process. Twenty years on, they are still unwilling to sheet the blame home where it belongs – with Jenny Shipley and her motley collection of chancers, zealots and defectors. Even today, the man they cast as the villain of the piece; the person held responsible for the collapse of the National-NZ First Coalition in 1998; is the man most wronged by the whole sordid event – Winston Peters.

Far from undermining our parliamentary democracy, the Electoral Integrity legislation which NZ First insisted form a central part of this new coalition government’s programme now stands as a solid protection against any repetition of the constitutional outrage of 1998. That blatant attack on MMP which Winston Peters perennial critics either cannot, or will not, acknowledge.