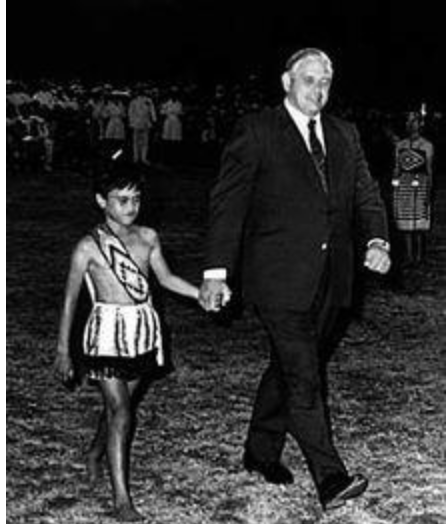 It is well known that New Zealand is a kind country.  Visitors often rave about the smiley, friendly, helpful kiwis they encounter. We have a very large number of charities and volunteers who do good things for no reward. We rate highly on global indices of peace and happiness.  The Prime Minister can say with confidence that we are a kind lot.

However, the notion of putting ‘kindness’ and ‘politics’ together is something very different. It is hard to remember any Prime Ministers who have been kind as leaders (no matter what altruism they might show in their private lives).

Going back a bit, perhaps Michael Joseph Savage might be considered kind, especially when helping a family move their furniture into the first state house in 1937. However, as he apparently dumped the table as soon as he got inside the door, and had little to say to the tenants, perhaps he was driven by publicity, not kindness (also, read John A Lee on Savage – with a grain of salt).

‘Big Norm’ Kirk perhaps had the best claim to kindness, remembered for the Mururoa protest (where he sent two frigates into the zone to protest French nuclear tests) and that famous photo of him holding hands with a Māori boy at Waitangi.  His Wikipedia page notes:

“Throughout his political career, Kirk promoted the welfare state, supporting government spending for housing, health, employment, and education. As such, Kirk often appeared as a champion for ordinary New Zealanders. His working-class background also gave him some advantage, as ordinary voters saw many other politicians as out-of-touch and aloof”.

It is hard to think of a kind politician since Kirk. Certainly, no-one could be considered kind who promoted the neo-liberal policies of the past thirty years.  Neo-liberalism is the anti-kind. This, of course, much more than the superficial concerns about how the government operates or who talked to, texted, emails or hit who, Jacinda’s potential current struggles.  While I have no doubt that she is sincere in wishing tor kind leadership here and in the world, the nation in which we live is not kind to all.

My dedicated followers (both) will now sigh and think I am going on another rave about the unfair, unequal society in which we live, where those at the bottom have been impoverished in order to enrich those at the top.  I don’t need to do that – you all know it. So what do philosophers say about kindness and leadership?

Machiavelli knew the importance of kindness but was sceptical of the ability of leaders to exercise it.  In order to exercise the power necessary to lead a stable state, he believed, leaders were often required to act against good faith, charity and kindness.  A good leader should not deviate from the good if possible, he noted, but should know how to do evil if required.

This could be a mantra for the “strong firm leadership” discourse we have had to put up with for so long in New Zealand.  It also contains a strong ‘blame the victim’ element: this poor embattled leader wants to be kind and if only others would do their thing then he (nearly always he, but never forget Thatcher or Ruthanasia!) would not need to be so fierce.  Machiavelli concluded that, in terms of leadership, instilling love or fear in the populace were both quite effective, but fear was stronger than love. Charming.

Machiavelli could perhaps be seen as a blueprint for the sort of leadership that we have had here.  While he raises hopes that our leaders may be kind, in the end they are more likely not to be because we, the governed, are such a poor, feckless, lazy, undeserving lot.

Thus, we are forced to turn to Confucius for a different view of kindness.  For him, kindness is an outcome of education through life. He talked of cultivating the self so that we become “intelligently kind”. Kindness is both an end in itself and also is something that changes the course of life, and can be exhibited in many ways.  He believes that those who act kindly will ultimately be the most effective people.

Perhaps the many working parties now in operation should add to their terms of reference: “What would a kind society look like?”.  It has to be more than an amalgam of kind people. It must include kind institutions that offer opportunities for all. It must heal the harms of our colonial past, find alternatives to punitive models, model our education to produce intelligently kind citizens and much, much more.  Good luck, Jacinda. Be kind to yourself!