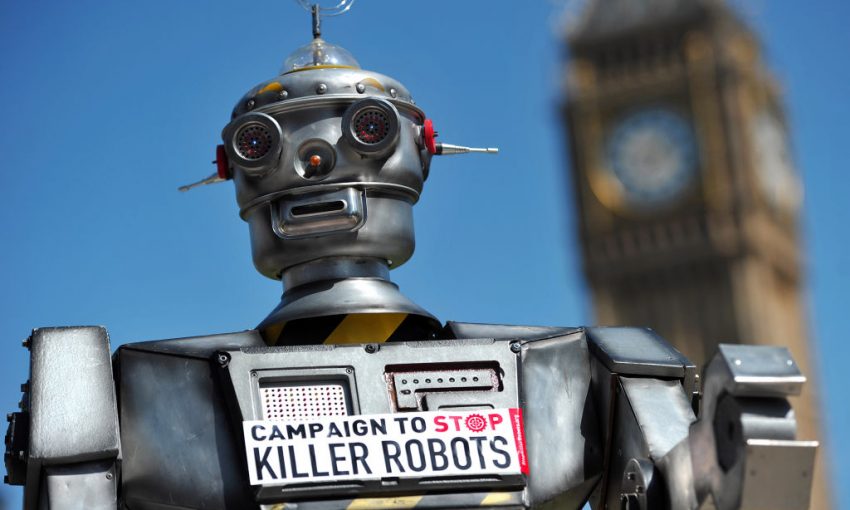 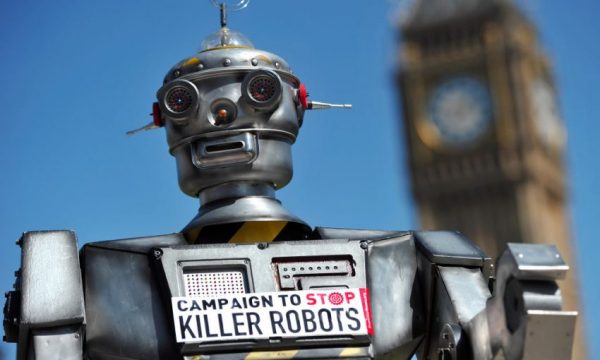 An overwhelming majority of European parliamentarians on Wednesday voted in favour of a resolution calling for a ban on fully autonomous weapons systems, saying “Weapons without meaningful human control over selecting and attacking targets should be banned before it is too late”.

• Humans should always be accountable for life or death decisions
• Autonomous weapons raise fundamental question of human control
• International ban is needed
The resolution points out that the European Parliament “has repeatedly called for the urgent development and adoption of a common position on lethal autonomous weapon systems, for an international ban on the development, production and use of lethal autonomous weapon systems enabling strikes to be carried out without meaningful human control, and for a start to effective negotiations for their prohibition”.

The global Campaign to Stop Killer Robots has called on all European Union member states to heed the resolution that urges the start of “international negotiations on a legally binding instrument prohibiting lethal autonomous weapons systems”. “Preventing the development of fully autonomous weapons requires bold political leadership,” said Mary Wareham of Human Rights Watch, coordinator of the Campaign to Stop Killer Robots. “European Union member states should heed the call of their parliamentarians and start negotiating a new ban treaty without delay.”

The Aotearoa New Zealand Campaign to StopKiller Robots urges the New Zealand government to follow the European Parliament’s lead – to publicly announce its support for an immediate start to negotiations on a new treaty to retain meaningful human control over weapon systems and to ban killer robots, to join the growing number of states committed to eliminating the threat of fully autonomous weapon systems, and to take a leading role to ensure this is done as soon as possible.

In addition, national policy leading to legislation to prohibit the development, production or use of fully autonomous weapons systems in New Zealand must be developed as a matter of urgency.

• Humans should always be accountable for life or death decisions
• Autonomous weapons raise fundamental question of human control
• International ban is needed
Weapons without meaningful human control over selecting and attacking targets should be banned before it is too late, stressed MEPs on Wednesday.

MEPs note that some countries and industries are reportedly developing lethal autonomous weapon systems, also known as “killer robots”, ranging from “missiles capable of selective targeting to learning machines with cognitive skills to decide whom, when and where to fight”. It raises fundamental ethical and legal questions of human control, in particular with regard to critical functions such as target selection and engagement, they say.

The resolution stresses that “machines cannot make human-like decisions”, because it is humans who remain accountable for life or death decisions.

MEPs call on EU policy chief Federica Mogherini, the member states and the Council to agree on a common position on lethal autonomous weapon systems that ensures meaningful human control over their critical functions and to speak with one voice in different international forums.

MEPs want to prevent the development and production of these weapons, advocating an international ban and asking EU policy chief Mogherini, the member states and the Council to start international talks on this.

The resolution on banning autonomous weapon systems was passed by 566 votes to 47, with 73 abstentions.