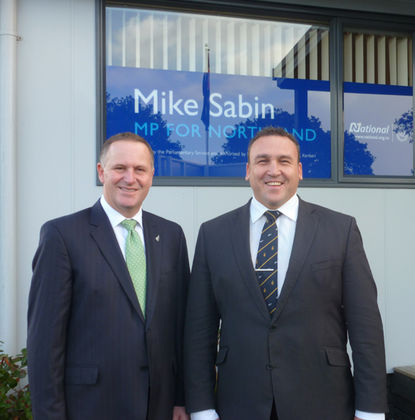 But what a fool believes, he sees

No wise man has the power to reason away

What seems to be,

Is always better than nothing

Than nothing at all…..

Lyrics from song , What a fool believes.

Mike Sabin was no such wise man but as a former Drugs Detective he was well-aware of creating believable circumstantial evidence.

“In 2006 Mike Sabin took leave from the police to create MethCon Group Ltd a world first, and its aim was to provide employers, Government agenices, community organisations and members of the public with better education, policy and strategies to respond to New Zealand’s growing P problem.

The business quickly expanded from Northland across New Zealand with Methcon gaining recognition with a number of business awards, and Mike Himself was recognised with national leadership awards for his commitment in this area.”

While researching solutions to New Zealands Methamphetamine crisis Mike Travelled extensively into the United States and Europe and provided research and recommendations to the previous Government and the new National led Government, which have given this issue considerable priority”

Methamphetamine was developed in Germany in 1887 and was very popular. In 1919 the Japanese invented a stronger and water-soluble version of Methamphetamine which made it a perfect drug for injecting as the hypodermic needle was still relatively new.

It was used heavily by troops in WW2 both to stay awake and for long flying missions. Hitler was rumoured to have a dependency on Methamphetamine which may explain his erratic behaviour.

In the 1950s it was regularly prescribed by doctors all around the world as a diet aid and for depression also. It was of course highly addictive.

In the 1970s the US Government made it illegal and its manufacture was then taken over by Motor cycle clubs and now Mexico provides most Methamphetamine to the USA.

Methamphetamine or P has been in New Zealand for over 20 years and its use is increasing  Not many families in New Zealand, won’t have a story to tell about the P use of a sister, mother, brother, daughter or cousin using P. I live in Paeroa , jokingly known as P town.

Back to METHCON MIKE ,  Well evidence would show, to any drug and alcohol clinician, his method was flawed and based largely on police practice/prejudice and not any patient centred rehabilitation model.

Mike Sabin advocated a zero- tolerance approach and stated the current focus on Harm minimisation needs to be abandoned and replaced harm elimination. This was loved by those in the National Government. See how bad ideas get compounded with even worse ideas…National Government who wanted to get tough on crime.

The New Zealand drug Foundation disagreed with Mr Sabin and stated that the USA is the last place to look for solutions.

Mike Sabin gave no supporting data or evidence but claimed his method, slashed P use in America by 25% in four years.  Sadly no data or study correlates with this and statistic show a growing Meth-problem across all states. It does point to where this rabid anti-P dialogue stems from and how it was completely without evidence or even reputable research. From 2007 to 2009 there was an increase of 254% in the number of clandestine methlabs discovered in the Southern states.

What I find really puzzling is the fact Northland has the greatest number of users of P in the whole country. And Northland was Mike Sabin’s the former MP for National seat. And yet Northland also has had the largest P seizures made by the police. One bust was half a ton 500kg of high quality imported Methamphetamine. All this would suggest P use has grown like an algal bloom in Northland.  Strange that this should be the result from ten years of Mike Sabin’s vigilance?

So just was Mike Sabin doing? I suggest he started the biggest lie and misinformation campaign in New Zealand’s history, and had the financial backing and full support of the National Government.

I’ve long taken issue with Mike Sabin as I am qualified as Drug and Alcohol Clinician and put Patient or client needs first when discussing treatment. I haven’t found any education or qualification to suggest Mike has a degree or any tertiary education. As an activist and advocate for better funded drug and alcohol treatment I  have been on the receiving end of some nasty texts. This is what the then, MP wrote to me in 2010, When I said,

“I believe you are ignorant. Prohibition of cannabis is a failure and your views contradict the top police official and current Drug and Alcohol treatment practices. “

Mike Sabin replied with this,

There is no need to be insulting Jnette, the very fact you think drug use doesn’t create victims and cause harm to others (which has not a jot to do with enforcement and prohibition) satisfies my impression of the size of minds in this discussion.

I have a post Graduate qualification and am a clinician with 20 years experience. I have completed and published several papers on Cannabis use in New Zealand and completed a Literature review on The Public Health Message on Cannabis and also worked on a methadone programme as well as had some personal insight into drug use .

As I said, I think its best we agree to disagree. Come back to me when you have some solutions to the real harm caused by drug abuse rather than the idealogical self-centred standpoint of someone chuffing on a pipe or a joint in the comfort of their own home oblivious to the world around them.

I don’t care what anyone says, prevention will always be better than cure..

I’m aware of the views of the so called top cop and all the others who struggle to see the trees for forest, (wood for the trees, is the proper..saying )

I guess we shouldn’t stop at illegal drugs then should we? Prohibition of theft, child abuse and rape and burglary doesn’t seem to be working so maybe we should make those things legal and then they would stop happening…  I would like to see a world free of drug dependence and all it brings with it, you would like to be able to use drugs as it suits you. We are unlikely to have any common ground.

This text I received from Mike Sabin speak volumes about his character.

Mike Sabin, in my opinion, is a cheat and a bully and has been behind the creation of anti P hysteria and the industry of making money out of victims.  Not one person I know received any treatment, nor were any new treatment programmes for methamphetamine reduction being planned at that time. Mike Sabin left Parliament under a cloud of silence. He was investigated by the Police for assault in 2014 while being chair of the law and order portfolio in Parliament. Two weeks before he went to trial he was appointed to a new position as General manager of the Luxury Northland Resort known as Peppers.

Nice for those with CONnections.