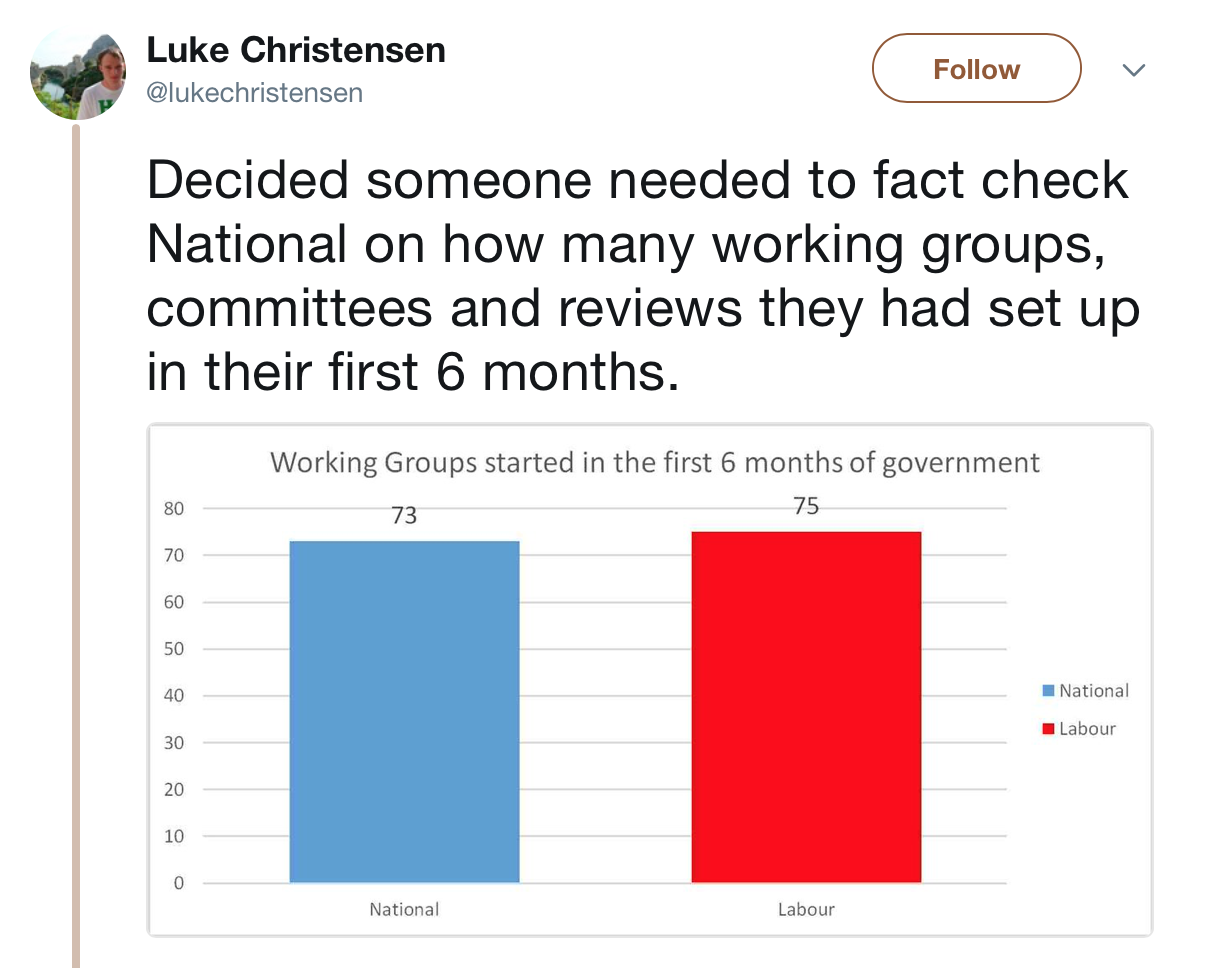 Oh this is embarrassing…

National has accused the Government of outsourcing the running of the country after tallying up the number of inquiries, reference and working groups it has set up at 75 so far in the six months it’s been in office.

“There is now, after just six months, 75 different groups of people telling the Government what it should be doing,” National leader Simon Bridges said.

That was more than one for every member of the Coalition Government.

“After nine years in opposition claiming they knew better, Labour, NZ First and the Greens put in so little work and came up with so few ideas they’re now outsourcing the job of running the country to consultants – wasting tens of millions of dollars in taxpayers’ funds in the process.”

…cough, so haw many reference groups and inquiries did National set up in their first 6 months? 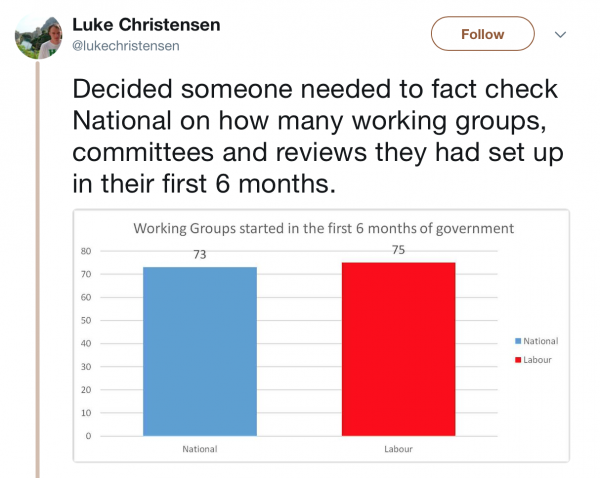 I haven’t seen self mutilation this bad since Passion of the Christ.

Did no one inside National check before launching this attack?

The new Government wouldn’t need so many working groups and inquiries if the old Government hadn’t been so grotesquely negligent! That National can’t appreciate that or the right wing media who empower them is denial in its most damaging form.