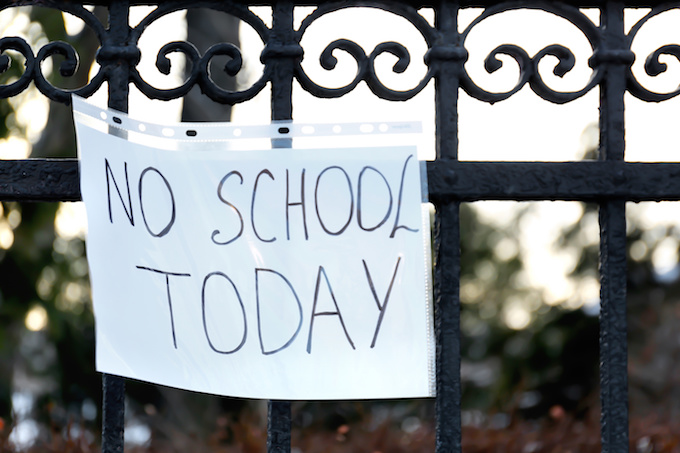 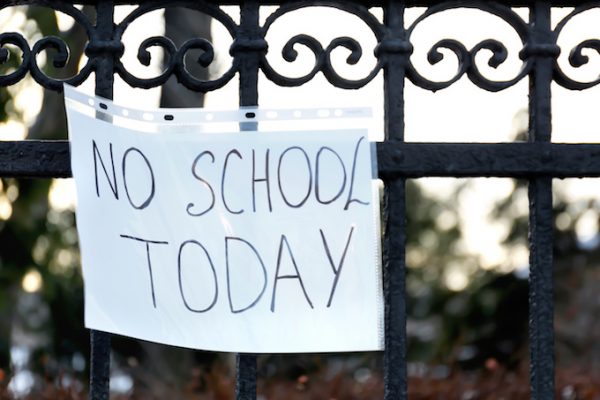 A National MP called Erica Stanford has had a private member’s bill pulled out of the hat that calls for school decile funding to be replaced by something called the social investment approach.

This was one of National’s policies, and I am not sure where the government stands on it.  Although I do know that the Ministry of Education are still working on it. I am strongly opposed to it and in this column I am going to explain why.  I will do so by debunking three myths about the decile system and then considering the politics.

Claim #1: The decile funding system is clunky, a blunt instrument and unfair

I can remember when this system came in. I heard a conference paper on it.  Essentially what he said was that funding would be derived from the census using 5 or 6 indicators and based on where students lived. The results were updated with each census. In short, it used the same indicators as all the other calculators of deprivation that we have.

It replaced an old, clunky system that used around 160 indicators, some of which were unclear, many of which went out of date like a flash as children moved around.

In short, the decile funding system is based on accurate indicators of deprivation, showing only small movements over the years.  It is easy to calculate and accurate. What’s not to like?

Claim #2: The decile funding system leads to schools being stigmatised and unfairly judged

Before deciles, there were still judgements of this kind, amounting often to quite offensive descriptions of the children at a school.  Words such as poor, brown, trouble, dirty, gang… I don’t want to go on, but you know what I mean. In short, deciles have done nothing but attach a new label to existing prejudices.

Is Erica Stanford, a completely unknown National MP, thinking that the stigma and discrimination against poor schools is going to disappear once decile funding is replaced?  Is this newbie so naïve?

Claim #3: Is the so-called ‘social investment’ approach a better way?

Just for the sake of certainty – I am very familiar as a researcher with this approach and am a user of the IDI system the provides these measures.  Basically, the Ministry will use cross-government ‘real’ data to examine each of the children at a school for a range of personal characteristics and will provide additional funding on the basis of these.

In a 2016 report, Treasury suggested that four key indicators of disadvantage might be: child abuse notifications, parental sentencing, more than 2/3 of the child’s lifetime in a benefit-led family and mother’s highest educational qualification. I know that the Ministry has been looking at others. A multiplier effect comes in to play – children with multiple indicators of disadvantage will get more funding.

There are major, major problems with this model that have not been resolved.  All of you will have noticed the potential Orwellian aspects of using such personal information, even in aggregated form, for social policy purposes.

The unknown Erica puts her foot really badly in it when she says:

While it won’t be possible to identify the children that generate the funding, I have confidence that principals and teachers will know which young people need support.

And, of course, so will everyone else!  Is she suggesting that it would be nice to be able to identify each individual child, perhaps put a wee brand on their forehead?

Also, the getting of the data is an ongoing nightmare.  Putting together and maintaining and reading multiple databases about all of us (more than 5 million records) is immensely complex and hard to get right.  And will need to be done over and over again. A large department of the Ministry will be required to crunch the numbers and track all the kids through education.  And, for technical and social reasons (e.g. many kids have a father in prison but because he is not on the birth certificate, this is not known), accuracy will always be questionable.

Apart from the sinister connotations, there are practical ones. People change schools very frequently. This is especially true in lower decile schools.  If you base funding on individuals, either you move the funding as the children move in and out of schools, causing huge uncertainty from day to day for the school, or you leave the funding in place for a period of up to a year when the neediest kids may be long gone.

Oh yes, and have I mentioned that the current simple system is so powerful that it is very likely that all the minute corrections needed to achieve individual funding will probably provide little change overall from the funding that schools get now? All this for nothing!

The politics of all this

So, some National ex-Cabinet Minister has tossed a newbie backbencher to the wolves by getting her to front it in parliament.  Why would they bother? It’s just funding, isn’t it?

Well, not really.  Actually, it’s about individual funding, and in particular providing a voucher that expresses the dollar value of each person according to their educational needs.  The next step in having a voucher system is to make it portable, not only across state schools but in the private sector too. That is what Milton Friedman proposed in the 1950s and it is still a mark of the true believer anti-statist neo-liberal.  So, it is all about the politics and breaking down public/private barriers. Oh yes, and tossing more money, via costed individuals, to the tiny and struggling private school sector.

Why else would they push out a simple, dependable system and replace it with a complex one fraught with issues of privacy, a creepy whiff of the state knowing more about you than it should, and having to increase state expenditure on funding systems, by tracking every child every year on a wide range of indicators? (Sorry about the long sentence).

I haven’t really even got time to mention that if school deciles go, researchers like me will have no yardstick against which to measure the social effects of years of school choice, which are dire.  It becomes about individuals, not inequality and social deprivation.

The coalition government needs to toss the funding of schools into the mix of the overall education review and strongly oppose Ms. Stanford’s bill.