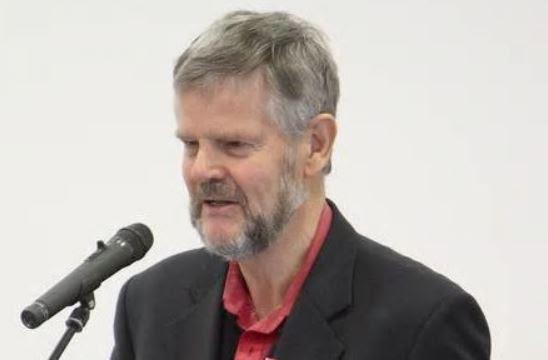 BILL SUTTON, a Labour politician of the 1980s, was the butt of one of David Lange’s most vicious jokes. Like so many of Labour’s “Class of ‘84”, Sutton was a Rogernome. Swept-up in the tornado of change unleashed by Labour’s Finance Minister, Roger Douglas, he and his colleagues found themselves, by the beginning of the Fourth Labour Government’s second term, dangerously off-side with both their prime minister and their party. By 1988 the divisions within Labour had grown to the point where Lange felt besieged by upwards of half his own caucus. Bill Sutton was one of the more outspoken of the prime minister’s critics.

This was the context in which Lange quipped to reporters that Bill Sutton’s much-needed brain transplant had been delayed because his doctors had been unable to find a compatible rabbit.

Not many politicians come back from a crack like that. Certainly, few were surprised when Sutton’s “marginal seat” of Hawkes Bay – along with a great many others – returned to its more natural shade of deep Tory blue in 1990. In a few years, Bill Sutton had become just another former MP whose name, outside of Hawkes Bay, had been forgotten by everyone except political train-spotters.

As a member of that querulous fraternity, however, I simply had to discover whether the Bill Sutton whose Hawkes Bay Today/NZ Herald opinion piece  I’d spotted in Dr Bryce Edward’s inestimable “New Zealand Politics Daily”, was THE Bill Sutton – David Lange’s incompatible rabbit.

It was. And the title of his commentary, “Politics Has Changed For The Worse”, was more than interesting enough for me to click on the link. After all, if politics isn’t what it used to be, then its Rogernomes like Bill Sutton who must shoulder a fairly large share of the blame.

Not that there’s a single contrite word in the entire piece about the ongoing social and economic effects of the “reforms” of the Fourth Labour Government. Although a scientist by profession, Sutton was never able to grasp that, for all its pretentions to the contrary, economics owes almost nothing to the scientific method. The whole so-called “discipline” has always been, and remains, a sub-set of politics – hence its original designation as “Political Economy”.

I always got the impression that Sutton saw Rogernomics as an expression of natural law, like gravity. Certainly, he was one of the most tireless repeaters of TINA – the “There Is No Alternative” mantra which Douglas’s defenders dutifully deployed against the growing number of critics of the Fourth Labour Government’s economic “revolution”.

Thirty years on, however, Sutton (a published poet) is acutely aware that something has gone wrong with New Zealand politics – and society. As he observes, plaintively: “in the 1980s it was still possible for people with good jobs and supportive families to set these aside, and seek election to Parliament, in the hope of changing New Zealand for the better. And even within a conservative electorate like Hawke’s Bay, it was possible to persuade a narrow majority of voters to agree.”

“That would be inconceivable today, because New Zealand politics has changed, and not for the better. Steadily fewer people are bothering to vote, significant numbers don’t even get their names on to the electoral roll, and those who still do these things have fewer expectations about changing anything. The best that most voters today are hoping for is a government that won’t make things any worse. What a discouraging prospect for potential candidates!”

It is nothing short of astonishing that the man who aggressively countered his government’s critics with the assertion, “There is no alternative!”, is unable to connect the dots between an economic and political system which insists that it represents the terminus of history, and these rising levels of political disillusionment and despair. If this, the neoliberal world order, is as good as it gets; and if all the truly meaningful decision-making powers have been taken out of the hands of politicians; then what, in God’s name, is the point of casting a vote?

What, then, is Sutton’s explanation for the demise of democratic politics? Oh, that’s easy. According to Sutton, the steady decline in political engagement is just “one tiny part of a global phenomenon, the move away from representative democracy towards its only proven alternative: rule by power-hungry despots, who brook no disagreement, even from their supporters, and are ready to resort to whatever means seem necessary to shore up their power.”

Ummm, no, Bill. I don’t think so. The malaise you describe is traceable to the hollowing-out of our political institutions which began with the very same reforms you were so proud to champion as a freshman MP in the Lange-led Labour Government. The reforms which caused Labour to shrink from a party numbering close to 100,000 members to one numbering fewer than 10,000. The reforms which gave birth to a professionally-trained political class, whose members glide effortlessly between the public service, the news media, public-relations firms and Parliament, and who have nothing but contempt for the opinions of ordinary people.

The despot you helped to enthrone, Mr Sutton. The reason why New Zealand politics has changed so profoundly for the worse.