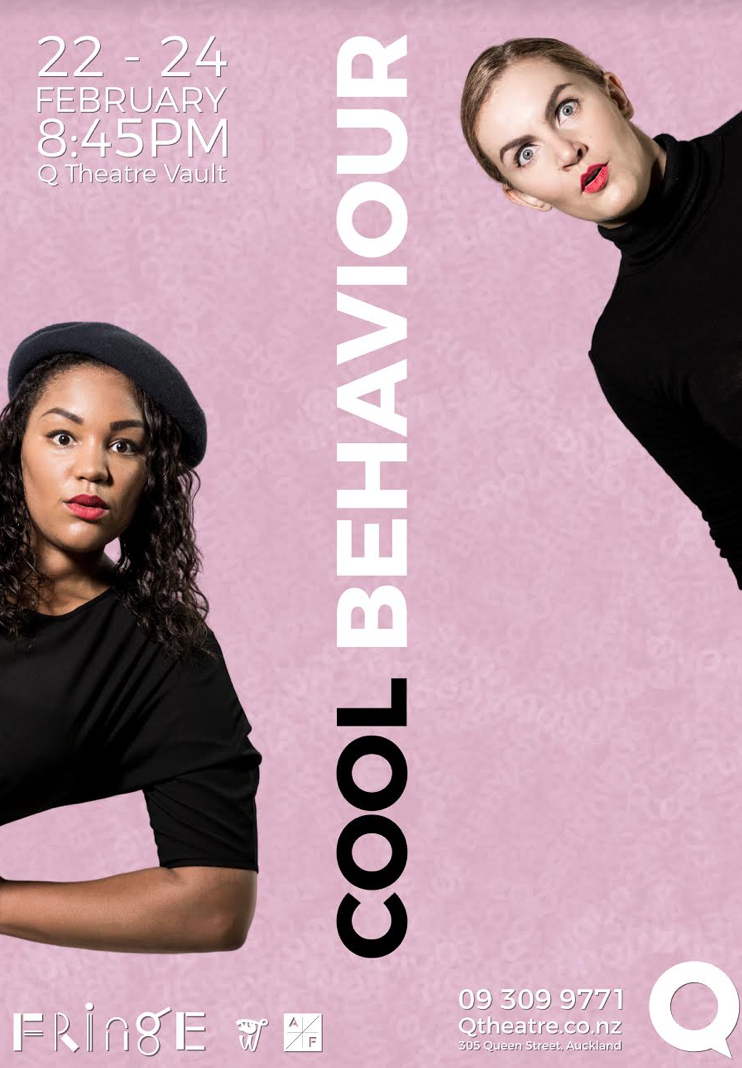 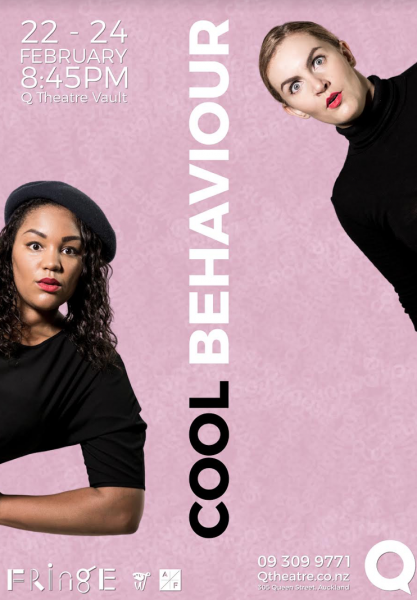 If you have ever felt less than cool or unsure how to achieve coolness this is the show for you!

Appearing as  world famous teachers of cool Tina And Tonya  bringing the secrets of coolness to the poor, sad, and uncool audience with yoga, toilet humour, baguettes and the non eating of Doritos.

Diakhaby and Horan take the audience through a hysterical lesson of cool in silly and laugh out loud episodic sketches and many many deadpan dance sequences that split not only my sides but the sides of everyone else in the room.

The eccentric song and dance on the stage stood out among the bareness and simplicity of the stage and costume, making space for the nuttiness to play out completely

Cool Behaviour was not only hysterical but also incredibly immersive with audience participation not for the faint of heart, Diakhaby and Horan choose two from the front and gave them much cooler names involving them in the antics on stage. Even giving one of them a lameness exorcism, taking said audience member from ‘Sad Tony’ to ‘Just Tony’

The jokes were not only clever but so relevant to our social media status fueled world and the impact on self esteem, they wittily deconstructed popularised images of ‘cool’ and showed brazenly to the audience just how ridiculous said constructs really are.