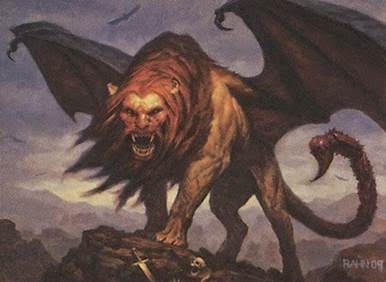 WHAT ROUGH BEAST SLOUCHES towards Wellington to be born? What sort of National Party are the people who brought down Bill English trying to establish? And will there be enough reasonable men and women in National’s caucus on Tuesday, 27 February to stop them?

In the movie, Schindler’s List, the hero, Oskar Schindler (played by Liam Neeson) attempts to persuade the SS labour-camp commandant, Amon Goeth (played by Ralph Fiennes) to refrain from picking-off random prisoners with his hunting rifle. For a few days, Schindler’s appeal appears to be working. Eventually, however, the commandant’s murderous impulses get the better of him and he resumes his deadly sport.

For 12 years, Bill English has played the role of Oskar Schindler: cajoling, persuading and, on occasion, outmanoeuvring the far-right of the National Party into running with a moderate, liberal-conservative political agenda. It was by trading on the popular appeal of this agenda that John Key and Steven Joyce were able to give the National Party three general election victories in a row.

Not that English was some sort of bleeding-heart liberal in disguise. On the contrary, his Catholic faith mandated a deeply conservative stance on many of the social issues which Key supported as proof of National’s liberal bona fides. By the same token, however, it was English’s Catholic faith that caused him to reject the swingeing economic austerity measures imposed by right-wing finance ministers in the UK, Canada and Australia.

Not only was English convinced that austerity was economically ineffective, but he also recognized that it was politically counter-productive. Not that the economic and social policies of the Key-English era were entirely benign – far from it. The National Right had to be appeased with anti-worker and anti-beneficiary measures that were intended to – and did – inflict a great deal of unnecessary suffering on tens-of-thousands of New Zealanders. In the hands of a different finance minister, however, matters could have been a great deal worse.

This was the knowledge with which the National Right, like SS Commandant Goeth, found it so difficult to be reconciled. Why be just a little oppressive of the poor and marginalised when you possess the power to grind their faces in the dust? Why restrict oneself to fastening legal leg-irons on the trade unions when you can legislate the evil socialist bullies out of existence altogether?

For the far-right political power only becomes real when it is used. To exercise restraint is to allow those within your power to set the limits of their own persecution. Far from being a manifestation of strength (as Schindler suggested to Goeth) the willingness to exercise restraint is a craven demonstration of weakness.

In his fascinating Newsroom essay on Bill English’s political career, Bernard Hickey describes the occasion upon which his subject was so moved by the recollection of his own and his wife Mary’s family histories that he wept:

“He talked of his admiration for his father-in-law’s family ethos and hard work in raising a big family in Wellington, despite the struggles of arriving with little from Samoa in an unfamiliar city. He also talked about a quiet chat he had with a kaumatua on a marae about the problems of Maori youth, and the need for strong communities with their own resources. His point was that he admired the self-reliance and quiet conservatism of family and community life. He saw his role as helping those communities and pulling Government out of the way to let them get on with it. It wasn’t an ugly or dry form of libertarian scorched-earth politics. It was a deeply humane and thoughtful approach where Government was supposed to treat people with empathy and dignity and as individuals, rather than as just another beneficiary locked into welfare for life. His views on helping to lift people out of poverty were a precursor to his championing of the social investment approach, which he was only just starting to roll out through the Government as Labour returned to power in late October.”

It was during this part of his talk that English was obliged to pause for a few moments:

“The tears rolled down his nose and splashed onto the lectern. You could hear a pin drop. The audience was with him though. English’s story was utterly authentic and thoughtful and showed a depth of humility and humanity that struck a chord that night. He got a standing ovation when he finished.”

English’s moderate conservatism, Hickey seems to be saying, is born out of a love for ordinary people. By contrast, the vicious conservatism of the far-right is born out of the gnawing fear that ordinary people might one day decide to exact retribution from those who have found it expedient to grind their faces in the dust. That fear begets hate which, in turn, is translated into institutional and physical violence. The great paradox of far-right aggression, however, is that by oppressing the poor, the marginalised and the dispossessed it only brings the terrifying day of retribution closer.

Instead of being thankful that New Zealand’s democratic constitution transforms these days of retribution into peaceful transitions of power from one combination of political parties to another, however, the far-right seethes with frustration, and consoles itself with fantasies of imposing a day of retribution of its own. On that day, all those who have deprived them of their rightful power and status will get what’s coming to them.

That’s where we are now. English’s moderation is deemed, by his colleagues, to have failed the National Party. New, and much more aggressive leadership is required. Those panderers to, and enablers of, the poor and marginalised – Labour and the Greens – must be driven from the Treasury Benches as quickly as possible. And Winston Peters, that conservative turncoat and traitor, must be cast into the ninth circle of political hell – and his worthless party with him.

William Butler Yeats, the Irish poet, saw it all happening nearly a century ago, in the fretful aftermath of the First World War. “The best lack all conviction, while the worst/Are full of passionate intensity”, he wrote in his most famous poem, The Second Coming.

The final lines of that poem can still send a chill down the spine:

That twenty centuries of stony sleep

Were vexed to nightmare by a rocking cradle,

And what rough beast, its hour come round at last,

Slouches towards Bethlehem to be born?