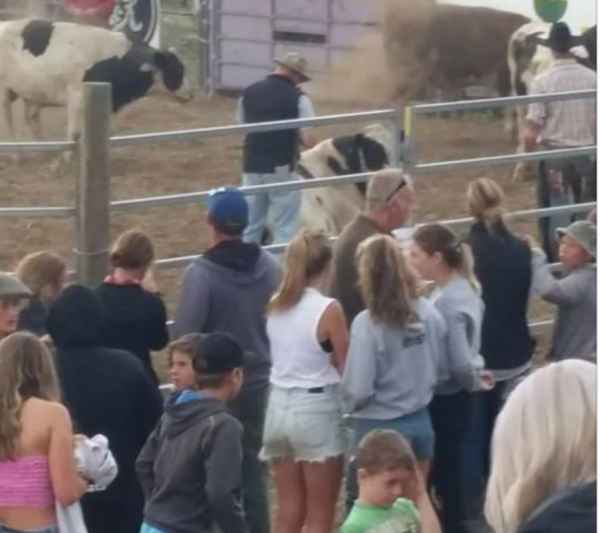 Direct Animal Action is appalled to hear of yet another animal death at a New Zealand rodeo event.

“We have received reports that an injured bull was euthanized at the Parklee Bullride in Martinborough last night (02/02/2018),” says Direct Animal Action spokesperson Apollo Taito.

“A witness confirmed that a bull went down in the arena and was on the ground for around 10 minutes. We are told that rodeo organisers let other bulls loose in the arena to try and rouse it.

“The bull eventually crawled out of the arena with a visibly deformed back leg and was euthanized. We are aware that the SPCA is currently investigating this incident.

“This bull is yet another casualty of rodeo. Last rodeo season saw the death of a bull due to a broken leg and in previous years a number of bulls and horses have been injured so severely that they had to be destroyed.

“We are sick of animals being put a risk for the sake of entertainment. These instances highlight the fact that the rodeo code is failing; it allows animals to suffer. It’s time that our progressive new government steps in to put an end to this. Rodeo is an embarrassment for NZ,” says Mr Taito.

Direct Animal Action will hold their last protest of the rodeo season outside the Waikato Rodeo on the 17th February.